What if the WBSS chose the Light Heavyweight division? 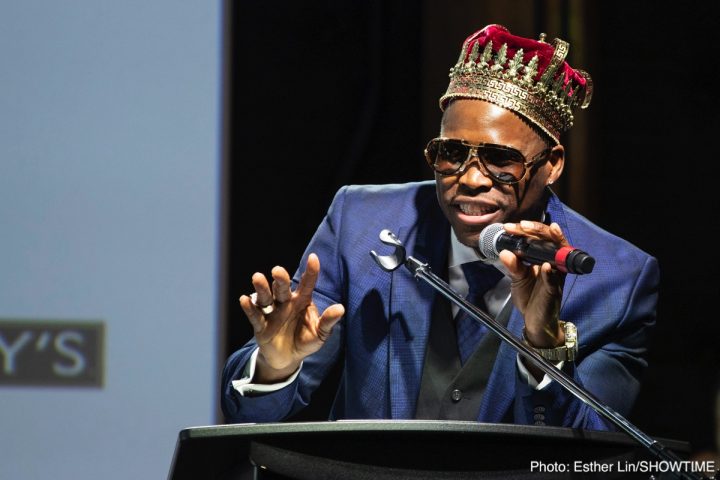 By Josh Keen: It’s fair to say that Season 1 of the World Boxing Super Series was a success. Questions were immediately raised over whether all the top fighters would participate and how the competition would deal with being stagnated by injuries to fighters. However, at the culmination of it all, Oleksandr Usyk announced himself to a world audience as an undisputed cruiserweight champion – so much so that he’s involved in a PPV fight in Britain – and Callum Smith established himself as the number 1 super-middleweight…according to most.

Rumors swirled over which divisions would be selected for Season 2. It’s fair to say that two of the three picks were met with relatively unanimous praise, however, the decision to opt for the cruiserweights again was less so. That said, it will undoubtedly produce entertaining fights and guaranteed KOs. That said, one can’t help but feel that it’s a tale of who’s the second best cruiserweight on the planet (and didn’t Murat Gassiev already answer that?)

A choice that would have met with far great endorsement would have been the Light Heavyweight division. Unfortunately, the way that modern boxing has become – an arena of competing promotional banners and TV channels – prohibited that from transpiring. However, what if it had…

While perhaps one of the most competitive divisions in boxing, it is also one of the easiest to pick who would make the top 8. Despite losing (twice) to Andre Ward, which is no shameful thing, Sergey Kovalev was still ranked no. 1 in the division at the start of August. By beating him, Eleider Alvarez took that place on paper. Therefore, Alvarez would surely be given first seed and would be mandatorily matched up against fifth seed Kovalev in a rematch. Stevenson has come up against a lot of criticism in the past, for firstly never fighting Kovalev to unify the titles, but also for cherry-picking opponents and not fulfilling his mandatories. Nonetheless, holding the WBC title for over 5 years would guarantee him the second seed. Stevenson would face off against sixth seed Oleksandr Gvozdyk in a mouth-watering clash, as is also already penned in for December 1st.

The remaining last-16 fights would be drawn the normal way as such fights have not already been contracted. Dmitry Bivol, a remarkable talent, characterized by his technical ability and high work-rate, would likely be ranked as 3rd seed and pick Badou Jack. This would offer Bivol the chance to enlarge his profile state-side while also being a very winnable fight. Lastly, the final world champion, Artur Beterbiev, who recently defended his title against Briton’s Callum Johnson, would be seeded fourth and be consequently left with America’s Marcus Brown in yet another duel that promises fireworks.

With the stage set for four fights that would make any boxing fan salivate, now come my predictions:

– Beterbiev, with his dynamite in both hands, would KO Marcus Browne in the opening 5 rounds

Kovalev would therefore face Bivol in the first semi-final, a showdown that had been touted by ESPN anyway before Alvarez shocked everyone to topple the Russian. This would be an all-Russian showdown between a knockout-artist and a highly skilled amateur and now-professional boxer. In the other half of the draw, the southpaw Stevenson would come head to head with the much feared Artur Beterbiev. My predictions would be as follows:

Bivol would weather an early storm and use his superior engine to outlast the ageing Kovalev before taking him out with a body shot.

Beterbiev would get up from the canvas and survive one of ‘Superman’s left hooks to eventually stop him in the mid-to-late rounds.

And so… we would have a final between two Russians, both with great amateur pedigree, and the power and technical abilities to make them a threat to any in the professional ranks. This fight would be too hard to split, so I’ll leave it to you in the comments to predict what would happen if these two mean light-heavyweights were ever to meet in the ring.

Boxing » Adonis Stevenson » What if the WBSS chose the Light Heavyweight division?