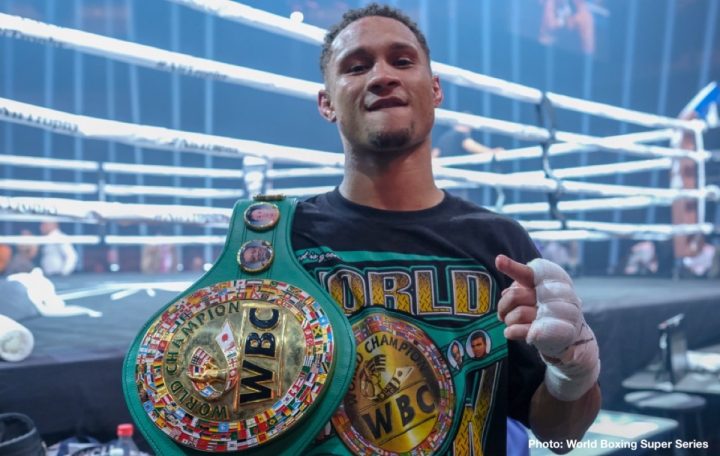 At time, it looked like Prograis was gassing out when he’d throw more than a handful of shots That was the case in the 8th round when he hurt Flanagan with a single shot, and then followed up with a series of hard punches. Prograis clearly looked tired, and he slowed down in response.

The scores were 119-108, 118-109, 117-110. Prograis fought well enough to win every round. It was hard to give Flanagan any round, because his power wasn’t as good as Prograis. Flanagan seemed intimidated by Prograis’ punching power from the very start. When Flanagan did land some nice shots in rounds 1 and 2, Prograis countered him hard with lefts to the body and head. This resulted in Flanagan doing very little to try and actively win the fight.

Prograis knocked Flanagan down with a left hook in the 8th round. Prograis appeared to choose to let the 29-year-old Flanagan survive rather than finishing him off. It looked like Prograis was content to box Flanagan the rest of the way, using head movement and only loading up on a few hard shots in each rounds. The 8th round was easily the best round of the fight by far, as it was the only one in which Prograis sat down on his shots with any consistency. What’s interesting is that when Prograis had Flanagan hurt, he opted not to jump on him in a sustained way to finish him.

Flanagan fought hard in the 9th round to try and keep Prograis off of him. It worked to some extent, considering that Prograis didn’t try and steamroll him like he’d done with his other opponents.

Overall, you can give Flanagan credit for being able to go the distance with Prograis, as it didn’t look like he was going to be able to go the full 12 rounds with him after he was hurt in the 8th. It was not a great performance from Prograis compared to in his previous fights. It looked like Prograis might have been stung by the criticism from the boxing fans about how often he was hit in his previous fight against Juan Jose Velasco last July. Prograis went after Velasco and was trying to knock him out with body shots. Prograis’ aggressiveness led to him getting hit a lot by Velasco. It was exciting though. Tonight’s fight was very boring due to Prograis concentrating so much on his defense, and only throwing pot shots. If this was Prograis attempting to showboat, it backfired on him, in that he wasn’t going after Flanagan in a way that he needed to for it to be fun to watch.

In the co-feature bout, Ivan Baranchyk (19-0, 12 KOs) defeated Anthony Yigit (21-1-1, 7 KOs) by a 7th round stoppage to win the vacant International Boxing Federation light welterweight title in their quarterfinal fight in the World Boxing Super Series 140 lb title. The fight was halted by advice by the ringside doctor due to Yigit’s left eye having swollen shut. Yigit was highly upset at the stoppage, as he told the ringside doctor that he could see through his swollen left eye.

Baranchyk’s pressure, heavy shots and fouling tactics proved to be too much for Yigit. Baranchyk was constantly pulling down on Yigit’s head, and hitting him when he was bent over while being held own. Baranchyk also was using his forearm to hit Yigit in a move that one would see on the football field, but not in boxing. In the 7th, the referee took a point away from Baranchyk for pulling down on Yigit’s head. Immediately after the point deduction, Baranchyk started holing Yigit’s head down even more. In the final seconds of the round, Baranchyk hit Yigit in the back of his head with a rabbit punch after having pulled his head down. The referee just stood and watched without taking a point off. 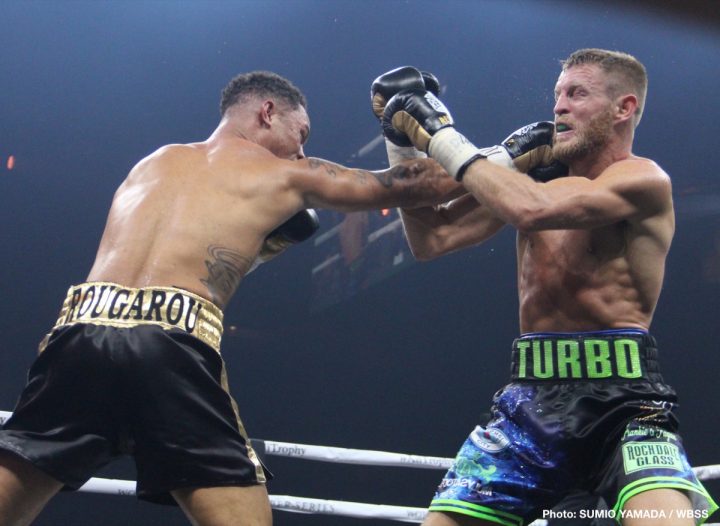 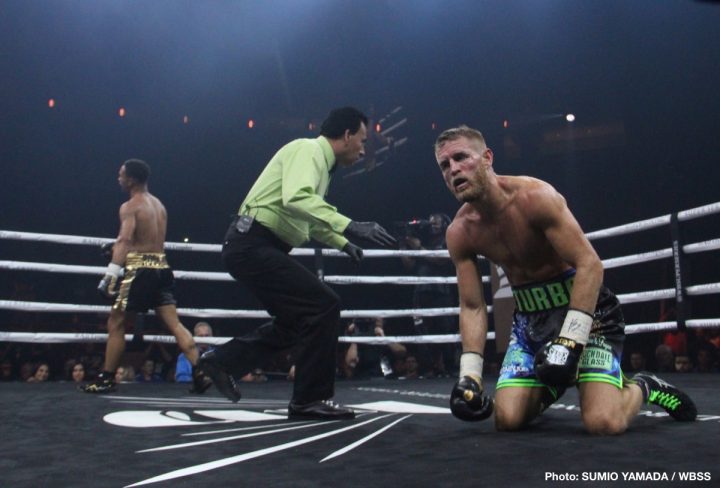 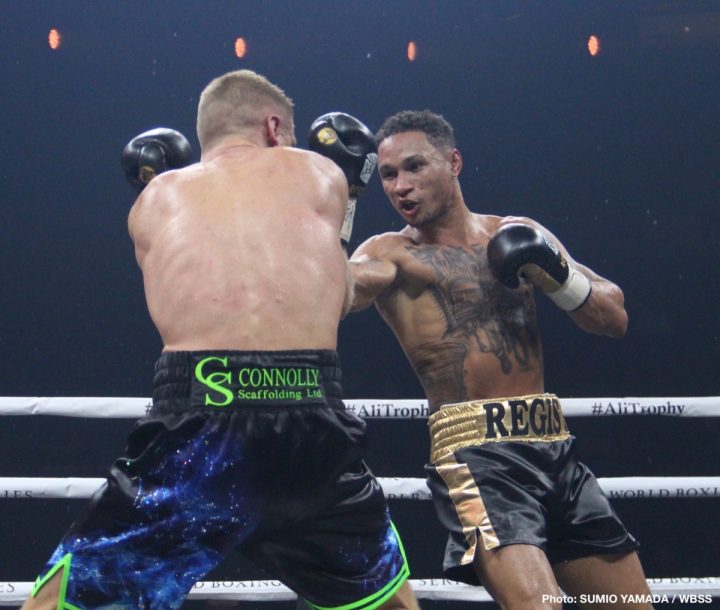 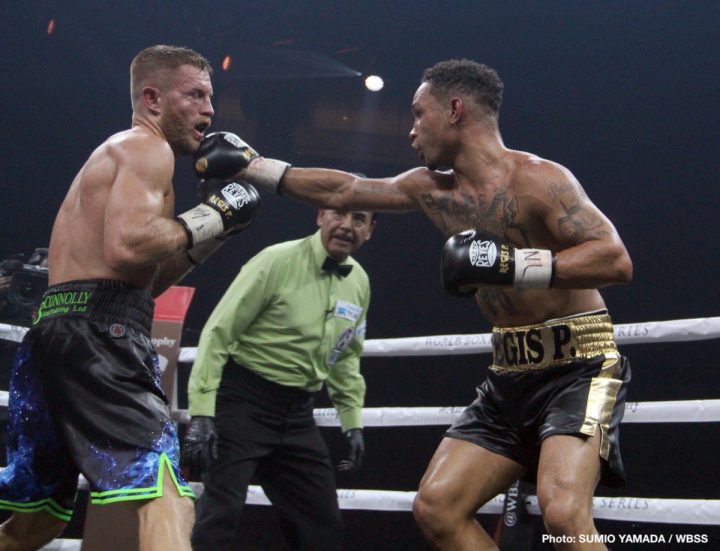 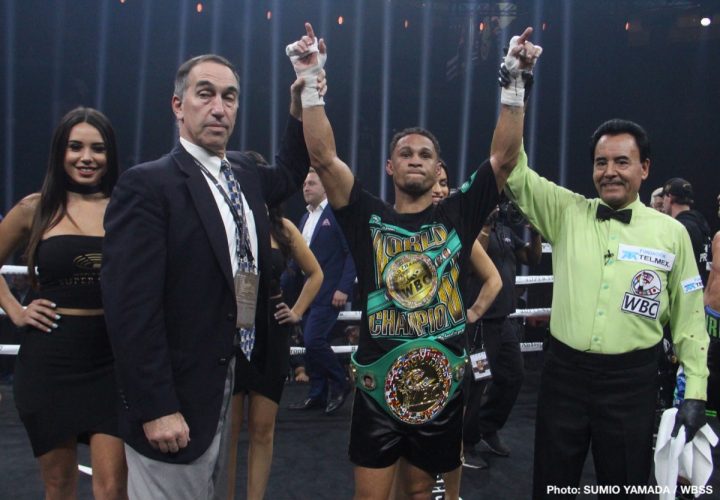