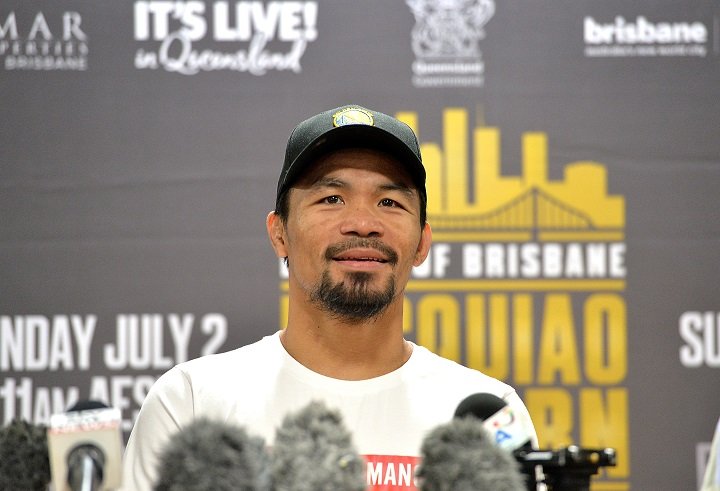 Senator MANNY “Pacman” PACQUIAO, boxing’s only eight-division world champion, announced today that he has entered into an exclusive agreement to work with manager / advisor Al Haymon.The new alliance will have team Pacquiao and Haymon work together to navigate the remainder of his illustrious career. Pacquiao’s first defense of the World Boxing Association welterweight world title will kick off the new partnership and will have Pacquiao appear on the Premier Boxing Champions series. Pacquiao’s promotion company, MP Promotions, will promote all of his upcoming bouts under this new alignment with Haymon.

MP Promotions will also work with Al Haymon to bring some of the best fighters from the Philippines and Asia to the United States to appear on the PBC series.

“I’m very excited about this new chapter in my career and I’m looking forward to a fresh start. I’m reinvigorated by the prospects of bringing up new fighters under the MP Promotions banner,” said Pacquiao. “My team will work closely with Al Haymon for the remainder of my career to deliver the most anticipated fights with the top PBC fighters. Those are the fights the fans want to see and the ones I want to have to close out my career.”

Pacquiao, a three-time Fighter of the Year and Boxing Writers Association of America’s reigning Fighter of the Decade, will return to the ring early next year. The fight, which will be announced soon, will be co-promoted by MP Promotions and TGB Promotions.

With Philippine President Rodrigo R. Duerte and Malaysian Prime Minister Mahathir Mohammad in attendance (the first time two heads of state attended a championship boxing event), Pacquaio regained the welterweight title for a fourth time on July 15 at Axiata Arena in Kuala Lampur, Malaysia by knocking out defending WBA champion Lucas Matthyssee in the seventh round.

Pacquiao (60-7-2, 39 KOs), who hails from Sarangani Province in the Philippines, is the only sitting Congressman and Senator to win a world title. After serving two terms as congressman, Pacquiao was elected to a Philippine Senate seat in May 2016, capturing over 16 million votes nationally. Pacquiao’s boxing resume features victories over current and future Hall of Famers, including Oscar De La Hoya, Ricky Hatton, Marco Antonio Barrera, Erik Morales, Miguel Cotto, Shane Mosley, and Juan Manuel Marquez.

Daniel Jacobs vs. Sergiy Derevyanchenko this Saturday on HBO »