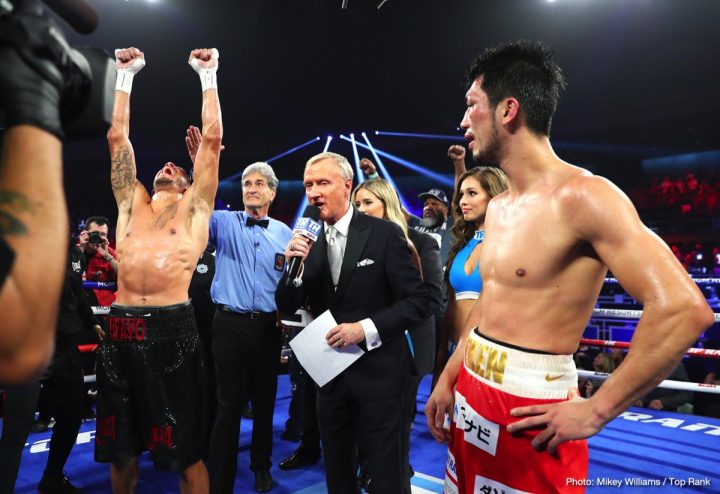 Brant, 28, defeated the Top Rank co-promoted Murata by a 12 round unanimous decision last Saturday night at the Park Theater in Las Vegas, Nevada. The disappointing thing to take away from the fight was how one-sided it was in favor of Brant.

At least if the fight had been close, it would give Arum confidence that Murata could turn things around in the rematch with a better game plan. Brant won the fight in such a fashion that it suggests that he’ll beat Murata no how many times Arum keeps putting the two fights in with each other. The judges scored it 118-110, 119-109 and 119-109.

Golovkin, 36, would look if he took a fight against Brant rather than facing interim World Boxing Council middleweight champion Jermall Charlo (27-0, 21 KOs). The WBC has ordered Charlo to defend against Golovkin with the winner to fight Canelo. Golovkin will gain more fighting and beating Charlo than he would in facing Brant. There’s nothing wrong with Brant as a fighter, but he lacks the same kind of cache that Charlo has going for him.

“I think it doesn’t take anything away from Murata,” promoter Bob Arum said to Fighthub about the loss by Murata not hurting him. “He fought a courageous fight. The other guy was better. [The scores were] A little wide, but clearly, Brant won the fight. I’m going to talk to Greg Cohen, and we’ve got to see what the best move is for both is. Either a rematch with Murata or a fight with GGG. We’ll have to see. We’ll have to talk to his people,” Arum said.

Brant is willing to fight Murata in a rematch in Japan. Brant views the rematch as being a profitable one for him potentially, and he’d like to take it if he can get it. Brant isn’t talking of wanting to fight GGG. Not surprisingly, Brant is interested in fighting WBC middleweight champion Saul Canelo Alvarez. Obviously, there would be more interest from the boxing public in a Canelo vs. Brant fight than there would be in a Golovkin-Brant fight right now. Even though Golovkin was perceived as the winner in his two fights against Canelo by many boxing fans, he still came up empty and has nothing to show for it. The two fights have done a number on Golovkin’s popularity. It’s clear that GGG is going to need to get some quality wins under his belt to make fans believe in him, because there are a lot of people that question whether he’s got enough left in the tank at 36 to beat the top guys Canelo, Jermall Charlo, Demetrius Andrade, Daniel Jacobs, Billy Joe Saunders and Sergiy Derevyanchenko.

“When I fought Murata, I decided I was going to let my hands go, an I was going to win,” Brant said to Fighthub. “There was one point where I thought I had him hurt, but he can take a shot. Even when he wobbled a little bit, he’d hop right back on the horse and smile a little bit, and at no point did I think he was gone. There were points where I thought he was going, and then that smirk would appear, and then I thought, ‘here we go,'” Brant said.

Brant was throwing so many shots that it prevented him from sitting down on his punches enough to hurt Murata. Brant was focusing too much on volume, and this prevented him from sitting down on his shots and setting traps. Brant had the hand speed, youth and stamina advantage in the fight. He just wasn’t using the right approach to get a stoppage, because Murata was there to be stopped with the right game plan by Brant.

“I think it’s a harder fight the next time around, especially when it’s in his home country [of Japan],” Brant said of going to Japan potentially to fight a rematch with Murata. “I want to fight the best at this point, and I do feel that Murata is among the best. He’s very strong. I have nothing against Murata. [Errol] Spence is a different level. All respect to Murata. He does punch really hard. I had the back of my hand bruised from blocking a shot from Spence on the gloves. I’m not taking anything away from Murata. He can knock you out with one shot. Errol Spence is overkill [in terms of power]. If you have the power to knock somebody out, then you have the power to knock somebody out, and Murata has that. Now it’s my time to sit down and see what my options are moving forward,” Brant said.

A rematch is a must for Murata. His management must realize that this is a fight that they can’t walk away from without at least trying to avenge the loss. If Murata wins the rematch in Japan, he can then move forward to big fights against the likes of Golovkin or Canelo Alvarez. But if Murata doesn’t try and avenge the loss, he’s going to have a hard time making the boxing fans take him seriously, especially if he goes back to fighting type of fighters he’d done in the past.

“I thought it was disrespectful,” Brant said about the talk from Gennady’s Golovkin’s promoter before last Saturday’s fight about Murata possibly facing Golovkin next in Japan. “[I saw it] showing up on Facebook and boxing sites, Tom Loeffler talking up a potential fight for Triple G,”

Golovkin’s promoter Tom Loeffler probably didn’t realize that his talking about wanting to have GGG face Murata in a big money fight in Japan in early 2019 was going to be used as motivation for Brant. It worked against Loeffler, since it gave Brant the motivation that he needed to train harder and go into Las Vegas and beat Murata last Saturday night. It doesn’t matter that Brant has the secondary WBA middleweight title and not the more respected WBA ‘Super World’ belt held by Canelo Alvarez. Brant will be able to use the WBA ‘regular’ belt to possibly get a lucrative rematch with Murata or a fight against Golovkin.

“Possibly Jacobs,” said Brant in giving his prediction of the winner of next Saturday’s fight between Daniel Jacobs and Sergiy Derevyanchenko. “Jacobs is one of the best. Obviously, Derevyanchenko wanted the fight for a reason. The rounds they sparred together. It could be really interesting. I think the fight is going to heat up really quickly. I have Jacobs for the edge, but I’m not familiar with Derevyanchenko,” Brant said.

Jacobs will be facing Derevyanchenko this Saturday night in a match for the vacant IBF middleweight title in New York. The winner of the Jacobs-Derevyanchenko fight will be in a good position to get a unification fight against Canelo Alvarez in 2019 or possible fights against Brant, GGG or Saunders. 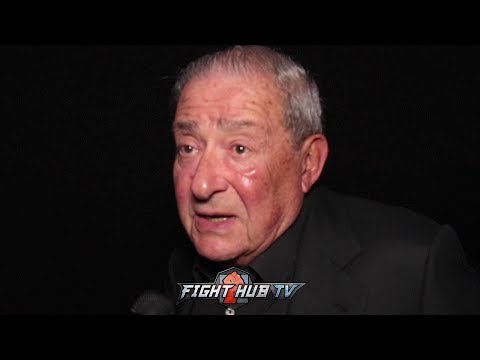