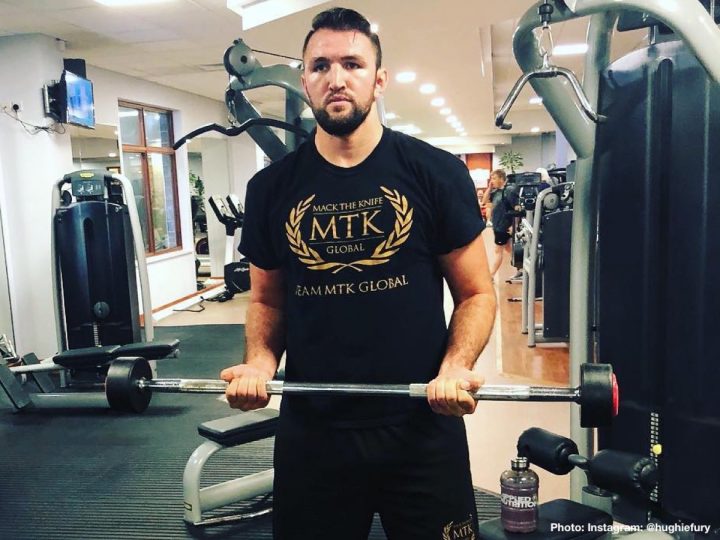 Fury, 24, is just hoping the 37-year-old Pulev doesn’t pull out of the fight with an injury at the last second like he did last year when he was the mandatory challenger to Joshua.

Pulev suffered shoulder injury that forced him to pull out of the fight on 11 days notice last October. Luckily for Joshua, his promoter Eddie Hearn had Carlos Takam on standby and he was able to step in and take the fight against AJ on short notice

Hughie will be facing the Bulgarian Pulev in his home city of Sofia at the Arena Armeec, which means it’s going to be difficult to win a decision unless he does something special. Hughie cannot afford to run, jab and hold like he did in his failed world title challenge against former World Boxing Organization champion Joseph Parker last year in September.

“If the opportunity comes for a world title fight, definitely, because this is for the final eliminator for Joshua, and if that fight comes along, that’s the fight I want, 100 per cent,” Hughie said to skysports.com.

Hopefully for Hughie’s sake, he’s learned from his loss to Parker, because he’s not going to beat Pulev fighting in the same passive way. Hughie was basically spoiling for the entire fight, and not even trying to win. It looked like Hughie felt he was way up on the scorecards from the st round. It was easily one of the worst efforts from a challenger in many years.

Hughie has pushed himself harder in this training camp than he has for any other camp, but that still might not be enough to get the job done against the more experienced Pulev. To win at the upper levels of the heavyweight division, it requires ring intelligence and bravery. Unfortunately, we haven’t seen either of those things from Hughie during his five-year pro career.

In Hughie’s toughest fights as a pro against against Parker and Andriy Rudenko, he fought like he had no sense at all. The hallmark of those two fights was Hughie grabbing hi opponents in a clinch after throwing a single shot. No matter how many times the referee pulled Hughie apart and told him to stop hold, he continued to do it. He looked afraid in both fights, and it appeared the moment was too big for him. That’s not a good sign for someone in his early 20s, because fighters are expected to be brave early on. If nothing else, courage is a must for younger guys in boxing.

“These are the fights I want. I don’t want to be going back down to British level,” Hughie said. “I believe I’m the best, and I want a huge fight with the best.”

It might not be a bad thing for Fury to go back down to British level, because it’s scary to think of him and Joshua mixing it up. A win for Hughie over Pulev will lock him in as the IBF mandatory challenger, and that’s potentially going to be a bad thing for him. Hughie won’t last long against Joshua if all he can do is run and hold. That’s a recipe for failure. But it’s not going to work for Fury against Pulev either if all he can do is hold, run and jab for 12 rounds.

« De La Hoya says Canelo vs. Callum Smith a possibility for May