Loeffler says 3rd fight between Canelo and GGG possible for May 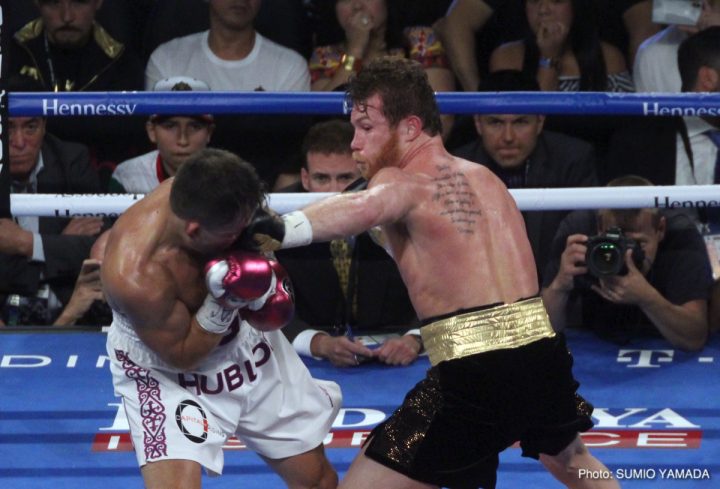 By Jim Dower: Tom Loeffler says he’s going to sit down with Gennady Golovkin, and Oscar De La Hoya and Eric Gomez of Golden Boy Promotions to discuss a third fight against Saul Canelo Alvarez for next May.

Loeffler, the promoter for GGG, states that he felt that Golovkin (38-1-1, 34 KOs) did enough to beat Canelo by an 8 rounds to 4 or 7 rounds to 5 score last Saturday night in their rematch on HBO PPV in front of a big sellout crowd of 21,965 fans at the T-Mobile Arena in Las Vegas, Nevada. Loeffler points out that HBO’s unofficial scorer Harold Lederman had Golovkin winning 8 rounds to 4, and he agrees with that score. A lot of boxing fans agree with that score, as Canelo gassed out badly in the last half of the fight and allowed GGG to come back and dominate.

Loeffler says Golovkin is still the champion as far as he’s concerned, and he sees him as the people’s champion. A third fight between Canelo and GGG is what Loeffler is expecting to happen. He’s not sure if Golovkin will fight in December or in the spring. He has a cut that he’ll need o take care of, as does Canelo. If Golden Boy wants a third fight between the wo fighters, then GGG will likely sit and wait until May of 2019 before he fights again.

“We saw 8 rounds to 4, 7 rounds to 5 or worst case, maybe a draw, and Glen Feldman had it a draw,” Loeffler said to Fighthub. “If two judges had Canelo winning, we can’t argue with that,” Loeffler said. “We have to respect the decision. GGG is still a champion to us, and I think we’ll probably see a third fight. The second fight was even better than the first one. I wouldn’t be surprised if we see a third fight.”

Golovkin’s slow start in the first half of the fight doomed him. He should have realized what Canelo was doing, and started fighting harder right off the bat instead of waiting until the second half of the fight to begin slugging with him.

“You’ve got to give Canelo credit. He stood his ground and pushed forward,” Loeffler said.” I was a little surprised. I thought he was going to be a little defensive. This is the style that Gennady likes. He likes when you come forward. We thought with one point, Gennady gets a draw and he keeps his titles and it’s a whole different conversation. We’ve got to make the best of the situation. There’s no shame for GGG,” Loeffler said.

Golovkin didn’t do enough to impress the set of judges that worked the fight, but the boxing fans felt differently. A lot of them felt saht Golovkin did enough to deserve the win. It’s unclear why the Nevada judges haven’t been impressed with what they’ve seen from GGG in his two fights with Canelo. It appears that he did enough to deserve a win in both of the two fights, but the judges see something in Canelo that is keeping them from scoring it GGG’s way.

”We’ll figure out the next step. We thought we won the fight eight rounds to round, seven rounds to five,” Loeffler said in continuing to talk about the outcome. “You can’t criticize Canelo. They had a great game plan. They fought a great fight, and I think we’ll see another fight. I thought Gennady landed the cleaner punches, but Canelo, whatever he does, seems to sway he judges with his style. I had Gennady up. I know it was close. Harold Lederman had it eight rounds to four for GGG. That’s how I would have scored it. The 12th round, we thought GGG had won it, and that would have been the deciding factor. Two judges for whatever reason gave Canelo the 12th round. He’ll fight again, whether that’s December or whether we fight in Spring or whether it be in May of next year. If we do a third fight, it would be in May. It makes sense. I’ll sit down with Gennady and Oscar [De La Hoya] and Eric [Gomez] of Golden Boy and we’ll see if we do a third fight or if we go in another direction,” Loeffler said.

Golovkin might need to think about getting another trainer at this point, because he’s not getting the job done with his current trainer Abel Sanchez any longer. It might be better for GGG to get a different trainer that can break things down easier for him to understand so that he can follow the directions. Sanchez is telling Golovkin o do things, but he’s not following the instructions for some reason. Maybe with the help of a different trainer, Golovkin will be more reactive to what’s being told to him during his fights and in training camps. Golovkin should have been able to make some quick adaptions to what Canelo was doing last Saturday night, but he didn’t. Golovkin kept backing up the entire fight, making it look to the judges like he was getting walked down. 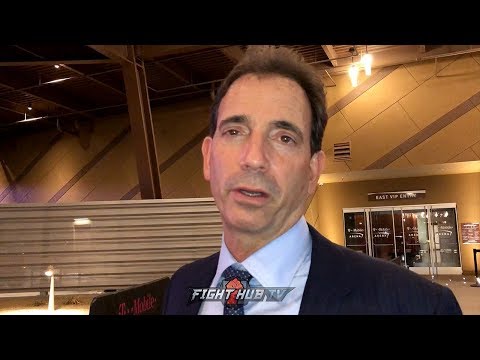 USA vs. Germany Duels to take place in Chattanooga alongside Eastern Qualifier »