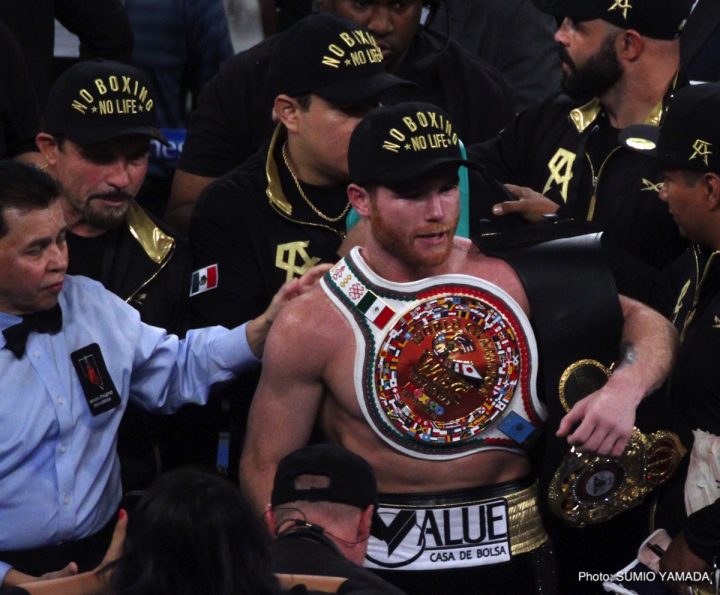 By Dan Ambrose: Now that Saul Canelo Alvarez has captured the WBC middleweight title in beating Gennady Golovkin by a 12 round unanimous decision last Saturday night, he’s now in the hot seat in having unbeaten Jermall Charlo (27-0, 21 KOs) as his mandatory challenger.

IBF welterweight champion Errol Spence Jr. doubts whether Canelo will fight the 6’0” Charlo, because he’s too big, fast and strong for him. Canelo is only 5’8”, which is very, very short for a middleweight. Canelo’s lack of height was even a problem against the 5’10 1/2”, but it’s going to be much more of a problem with Charlo’s four inch height and three inch reach advantage.

Canelo and Golovkin have the same exact reach, and yet Canelo was getting out-jabbed constantly in his two fights with GGG. It’s going to be a tougher problem for Canelo fighting Charlo, who has a powerful jab and a lot of size, speed and power.

Charlo has the talent to send Golden Boy’s golden goose Canelo downhill with a quick knockout like he did in his recent 2nd round stoppage win over Hugo Centeno Jr. For that reason, it’s unlikely that Golden Boy will let Canelo anywhere near Canelo. Charlo doesn’t fit the criteria for one of Canelo’s opponents. He’s not slow, incredibly old or battling weight problems.

Charlo is a high risk low reward fight for Canelo. It’s more likely than not that Canelo will be steered in a safer direction by his promoters at Golden Boy against a softer target, someone that is older or weaker fighter. Daniel Jacobs, 31, David Lemieux, Ryota Murata or WBO middleweight champion Billy Joe Saunders are two fighters that are arguably easier marks for a short fighter like 5’8” Canelo.

The World Boxing Council are expected to order Canelo to defend their belt against the 28-year-old Charlo, who has already been waiting for 14 months for his title shot since beating Jorge Sebastian Heiland by a 4th round knockout in their WBC 160 pound title eliminator match in July 2017. The WBC is going to need to order the Canelo vs. Charlo fight

“They ain’t going to do that.” Spence said to Fighthype when asked if Canelo or Golovkin will face Jermall Charlo. “Too big, too strong, too fast,” Spence said about Charlo. “Jermall’s a big dude and he’s strong. He has a great jab.”

Canelo tends to fight whoever he wants. If he doesn’t want to fight Charlo, then that fight will never get made. It’s more likely that the only way Charlo gets the Canelo fight is if he keeps winning long enough to show the casual and hardcore boxing fans that he’s the man at middleweight. Once that happens, it’s going to put Canelo in position where he either has to face him or else give up his WBC title and be made to look like he ducked the fight against the Texas native. Will Oscar De La Hoya and Bernard Hopkins of Golden Boy Promotions allow Canelo to fight Charlo? I doubt it. There’s too much easy money for Canelo to make fighting guys where he has a clear advantage.

It’s very likely that if the WBC makes the move of ordering Canelo to face Charlo, he’s going to vacate their title in the next breath. Canelo already made it clear that he’s not going to fight opponents that he doesn’t want to. We saw that when Canelo didn’t fight Golovkin in his prime when he was 32-years-old. Canelo didn’t fight GGG until he was 35, and showing signs of having lost a few steps. With their history with Canelo, the WBC might be hesitant to order the popular Mexican fighter to face Charlo if it’s going to result in him vacating their title in the next instant. However, the WBC is going to have to do something, considering that Charlo has already been waiting 14 months for his title shot.

The WBC took a lot of criticism for not forcing WBC light heavyweight champion Adonis Stevenson to face his mandatory challenger since he made his first and only mandatory defense against Tony Bellew in 2013. Stevenson has been making voluntary defenses ever since for the last five years. Will the WBC do the same thing with Canelo? If so, then Charlo would be waiting for a title shot against Canelo until 2023. What’s the point of Charlo being the mandatory challenger if the WBC isn’t going to order their champions to defend against their mandatory challengers.

”There’s ways around stuff. Money talks,” Spence said about Canelo being able to bypass his WBC mandatory challenger Charlo. ”Probably Canelo,” Spence said when asked which of the two – Canelo or Golovkin – will eventually agree to fight Jermall Charlo. ”I like Canelo. Whoever Canelo fights, he’s going to make big numbers.”

If Golden Boy wants to give Charlo step aside fees so that Canelo can bypass time on a regular basis, then it’s possible that he could be waiting for years for him to get his title shot. It would be sad to see, but it would be predictable. Canelo didn’t fight Golovkin until he was 35-years-old. Charlo isn’t older than Canelo, so the only thing that could be gained by the Mexican star in swerving the Texas native is it would enable him to potentially hold onto his WBC title longer than he otherwise would. Other than Charlo, the WBC’s top 15 is filled with limited fighters that Canelo can likely easily handle like Martin Murray, Willie Monroe Jr., Jason Quigley, Luis Arias, Jack Culcay, Hugo Centeno Jr. and Curtis Stevens.

“I could move up,” Spence said about moving up to face Canelo. ”I’m not going to step on Jermall’s toes,” Spence said about him not wanting to get in the way of Charlo’s eventual title shot against Canelo, who now is in the hot seat in holding the WBC middleweight title after beating GGG to win he belt.

Spence might need to step on Charlo’s toes and take the fight with Canelo, because he could miss out on a huge payday if he doesn’t take that fight. Considering that it’s unlikely that Charlo will get a fight against Canelo for many years, it’s better than Spence take the fight, because at least he has a chance of getting the fight. I don’t believe Charlo has any chance. He’s going to wind up with the WBC title as soon as Canelo vacates it to avoid him.

Spence would be better off moving up to middleweight and giving up on staying around the 147 pound division. If Spence can’t get the fight against WBA champion Keith Thurman or WBC champion Shawn Porter, then he needs to move up two weight classes and go after Canelo, Gennady Golovkin and some of the other middleweight champions. Spence won’t fight Charlo because he’s a friend, but he can definitely fight the likes of Dementrius Andrade, Daniel Jacobs, Billy Joe Saunders, Golovkin, Canelo or Ryota Murata. 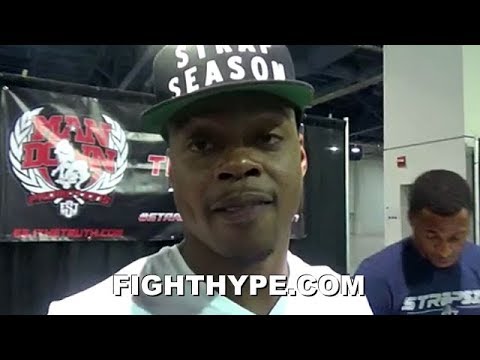 Loeffler says 3rd fight between Canelo and GGG possible for May »