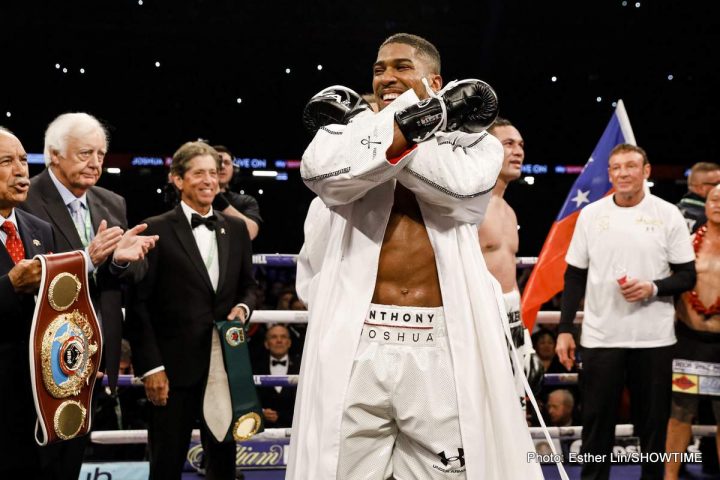 By Robert “Big Moe” Elmore: Ever been upset that a big fight wasn’t made by the fighter holding all the cards? I know I have. We usually call these fighters cash cows or the A side and they have the power to make fights, not make fights, or delay them. Whether we like it or not, this has been the norm since the sport came into existence.

I decided a long time ago not to take it personal because boxing is a business. And along with being the A side or cash cow, comes a playbook. What I have come to learn is that some people have a problem with WHO has the playbook. The playbook allows the fighter to march to the beat of their own drum. Call their own shots and move when they feel like it. Ray Robinson, Ray Leonard, Roy Jones, and Oscar De La Hoya have all carried the book. My generation experienced having two cash cow boxing at the same time in Floyd Mayweather and Manny Pacquiao.

While there are many rules in the Cash Cow playbook, only want to focus on two. First rule in the playbook is cash cows ALWAYS have options; title or no title. But having titles (say two of the four major belts) helps because it gives cash cows mandatories they can exercise if they wish. Right now, Matchroom promoter Eddie Hearn, has it and is running it step by step while adding a few chapter of his own. How? Because he has WBA, IBF, WBO, and IBO champ Anthony Joshua, the current cash cow in the heavyweight division, in his stable. The two mega fights that would bring AJ the most cash are fights with Tyson Fury and Deontay Wilder. A mega fight could also happen if a popular fighter from the light heavyweight and cruiserweight divisions move up. Other than that, AJ would be regulated to mandatories challengers. Side note. Cash cows usually get exceptions from the sanctioning bodies if the money is projected to be huge. This way they can get the maximum percentage for sanctioning fees.

Second rule. Cash cows call the shots. Don’t let the boxers themselves or fans fool you when they say to the b side “make an offer.” B sides can make all the offers they want. At the end of the day, A sides still have the power to dictate how things are going to go. For example, Eddie Hearn has been adamant about a potential AJ/Wilder fight happening in the UK since the fight was first talked about. When Wilder’s people offered AJ $50 million dollars, it was rejected. Why? Wilder’s people wanted the fight in the United States while Hearn maintained his stance on the fight being in the UK. No one in their right mind would pay out that much money without having some control over happens and where. In my personal opinion, the b side make an offer is also a tactic to embarrass the b side as to say “you can’t afford me”. Do we like what Hearn is doing with AJ doing? Most of us don’t, but there is nothing fans can do about it. But guess what. Should AJ lose anytime soon, the next person will inherit the Cash Cow Playbook.