Ryota Murata vs. Jason Quigley possible for Oct.20 on ESPN+ 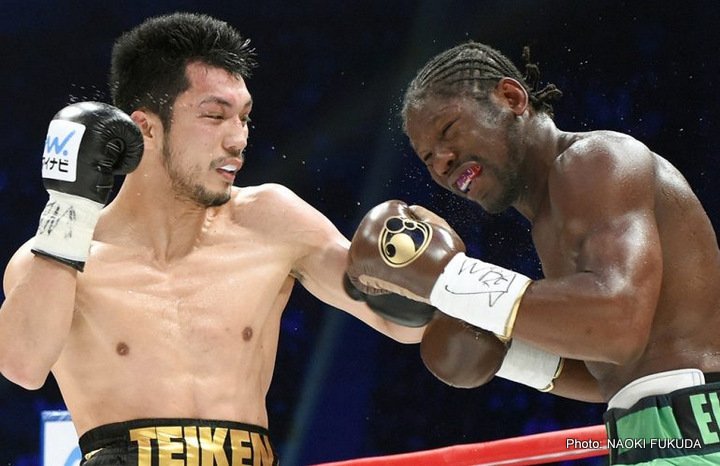 Quigley has done little to rate a world title shot against Murata during his short career. Quigley can punch to the body, but he’s not likely to get the victory over Murata unless he can take his best shots and turn the fight into an inside war. Murata will likely have too much punching power and talent for Quigley to deal with.

If the Murata-Quigley fight gets made, it’ll be a voluntary defense for the 32-year-old Murata. The Japanese star still has a mandatory defense due to Rob Brant (23-1, 16 KOs). Murata wants to take a voluntary defense before than against the 27-year-old Quigley first. If the 2012 Olympic gold medalist Murata defeats Quigley, then he’ll face Brant after that. Quigley and Brant are pretty much on the same level talent-wise.

Murata’s weakness is he’s not busy enough in his fights. He tends to plod around the ring, looking to load up on his shots against his over-matched opposition. Murata has heavy hands, but he frequently doesn’t throw enough shots and he’s not a combination punches. Murata can be outworked, which is a bad thing for him. When Murata eventually faces a quality opponent with punching power, he may wind up getting knocked out due to his low punch output.

It appears that Murata’s management is matching him softly until he eventually faces middleweight champion Gennady Golovkin in a big stadium fight in Japan. Murata brings in huge ratings for his fights in Japan. A fight between Murata and Golovkin will be a big deal in Japan.

Murata is coming off of an 8th round knockout win over fringe contender Emanuel Bladamura on April 14 in Yokohama, Japan. The fight was a mismatch from start to finish with the bigger, stronger 6’0” using his size advantage to batter the 5’10” Blandamura around the ring until the fight was stopped in the 8th. Blandamura looked like a junior middleweight at best, and he had no punching power to speak of.

The Ireland born Quigley has been moved slowly by Golden Boy promotions since he turned pro in 2014. His best wins of his short four-year pro career have come against Glen Tapia, James De La Rosa, Jorge Melendez and Daniel Rosario Cruz, Quigley’s opposition has been nothing to write home about, but he’s one what’s asked of him in beating the lesser opposition that has been fed to him.

Quigley is now on the verge of having to face a real test in Murata if the fight gets made. Quigley was out of action for 12 months with a hand injury from March 2017 to March 2018. He came back from the injury to defeat Daniel Rosario Cruz by a 6th round knockout. It was a good performance by Quigley against a weaker opponent that wasn’t quite world level. Despite having faced largely middle of the road opposition since he turned pro, Quigley has a lot of boxing fans that follow his fights closely. They don’t seem to mind that Quigley hasn’t faced a live body as of yet.

Murata is the WBA secondary middleweight title behind WBA Super World champion Gennady Golovkin. The WBA has two world champions in the same weight class in Murata and Golovkin. That might be taken care of in the near future if GGG’s promoter Tom Loeffler is able to negotiate a fight between Golovkin and Murata. The positive thing from GGG facing Murata is it will help reduce the number of titles at middleweight or the time being. Murata will go back to being just a contender until the WBA frees up another one of their titles for him.

Murata’s only career loss came against Hassan N’Dam by a 12 round split decision in May of 2017. Murata was outworked by N’Dam in that fight. In the rematch last year on October 22, Murata stopped N’Dam in the 7th round in Tokyo, Japan.