By Scott Gilfoid: Still trying to mess with former WBO heavyweight champion Joseph Parker’s mind, #1 WBC Dillian Whyte (23-1, 17 KOs) says he fought in a cowardly manner in his recent 12 round unanimous decision loss to IBF/WBA champion Anthony Joshua earlier this year on March 31 at the Principality Stadium in Cardiff, Wales.

Whyte, 30, feels that Parker should have taken the fight to Joshua a lot more than he did instead of staying on the outside and boxing him from afar. Of course, Parker had little choice due to the referee shutting down all inside fighting by constantly pulling the two fighters apart each time there was any in fighting. By the midpoint of the fight, Parker gave up on trying to fight in close because of his inability to get close to Joshua without being pulled away by the referee.

Parker and Whyte will be battling each other in an important fight on July 28 on Sky Box Office PPV at the O2 Arena in London, England. Whyte is the home fighter, so it’s going to be interesting to see how the fight is officiated. Will Parker get the same treatment he received the last time he fought in the UK against Joshua? It will look really bad if Parker has his game handicapped by the referee. It’s unlikely the Parker-Whyte fight will go to the scorecards if the two of them are allowed to fight each other without the referee needlessly interceding each time they try and mix it up.

Parker has a big advantage in punching power and boxing skills in this fight. The youth, power, skills and mobility are on Parker’s side. If the referee is top notch and the judges quality, Parker wins this fight seven days a week, 365 days a year. Parker is simply the much better fighter of the two. The ONLY thing that Whyte has going for him is he’s fighting at home, which could be a huge advantage for him in terms of the referee and the judges. Whyte is the A-side in the promotion. Parker has been brought in as the B-side opponent despite the fact that he’s the more accomplished fighter of the two. It doesn’t matter though. Parker is stepping into the lion’s net where things could favor Whyte depending on the quality of the officials that been selected for the fight. 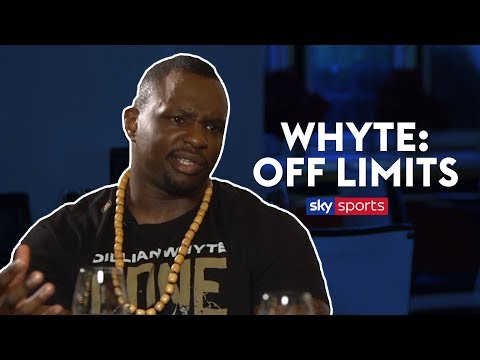 “It was cowardly,” Whyte said via skysports.com on The Gloves Are Off. ”[Parker] didn’t make the decision to go after [Joshua]. Now he regrets it. To me, that’s a coward’s mind-set.”

You can’t fault Parker, 26, for not fighting more aggressively against Joshua. I mean, with the referee that was assigned to the fight, Parker pretty much was stuck on the outside without any other options. That referee was perfect for Joshua but a real nightmare for Parker. It looked really bad like the referee was favoring Joshua with the way that he was keeping the fight on the outside. If it had been Whyte inside the ring with Joshua on the night, he would have likely been just as helpless to fight on the inside if it had been the same referee working the fight. That brand of referee doesn’t permit inside fighting. It didn’t matter if Parker and Joshua were both letting their hands go on the inside. The referee would still break them.

As a rule, referees are supposed to separate the fighters when there’s no action going on. In the case of Joshua vs. Parker, the referee was pulling them apart while they were throwing shots. It looked very, very odd. Given that Parker was getting the better of the action each time he was on the inside, it really helped Joshua that the referee would break the action. It allowed the fight to take place on the outside where he had a huge reach advantage over the shorter-armed Parker, who was giving away six inches in the reach department.

“Six or seven rounds into a fight, if you’re in the home fighter’s country against a world champion and a golden boy, you know you’re behind on the scorecards, there comes a time when you’ve got to go after it,” Whyte said.

What Whyte says is irrelevant because with the referee that worked the Joshua-Parker fight, it was physically impossible for Parker to “go after it.” I mean, when you’ve got a referee that is handicapping your game, the only thing you can do is complain loudly as much as possible to fix the problem. Obviously, that probably wouldn’t have worked in the Joshua vs. Parker fight, but that was what Joseph was up against. He was the visiting fighter and pretty much helpless due to the referee that was assigned to the fight.

Whyte will be sporting a two inch reach advantage over Parker in their fight on July 28. That’s not nearly as much of a reach advantage as the six inch reach advantage that the 6’6” Joshua had going for him in the Parker fight last March. As such, Parker should be able to close the distance and get to Whyte if the referee doesn’t behave in the same way as he one that worked the Joshua-Parker fight at Cardiff, Wales. But if Parker does find himself being prevented from fighting on the inside, he’s going to need to come up with a Plan-B that will enable him to get to Whyte, because it’s a given that Dillian is going to follow the blueprint that Joshua created by staying on the outside and jabbing Parker all night at range. 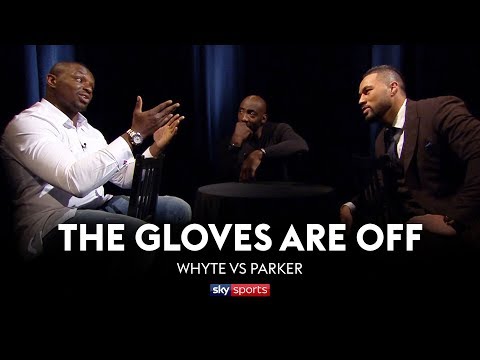 Yeah, Whyte has talked boldly like he’s going to go after Parker to try and knock him senseless, but the reality will be different. Whyte needs a win for him to get the big money payday against Joshua next year on April 13 on Sky Box Office at Wembley Stadium in London, England. It’s all well and good for Whyte to talk about wanting to brawl with Parker and knock him out, but I think it’s more about him wanting to get the win under all costs. If Whyte fights Parker’s type of fight by slugging with him, he’s going to put the Joshua fight in jeopardy because he doesn’t possess the same type of power and speed as the New Zealander.

Whyte isn’t crazy. He’s not going to jeopardize the money he can get from a Joshua fight by slugging with Parker. Whyte’s going to try and follow Joshua’s blueprint in hope that he can dominate Parker with his jab. To be sure, the Parker-Whyte fight will be as interesting as watching paint dry in the afternoon sun if Whyte chooses to box from the outside all night, but unfortunately that’s what he’s likely going to do. I believe that Whyte is thinking about cash, and the best/only way for him to get the green is to box Parker for 12 rounds.

There’s no way that Whyte beats Parker in a slugging match because he doesn’t possess the required weapons to beat him in that type of fight. Whyte is a slapper for the most part. The only time Whyte is able to hurt his opponents is when he’s fighting limited guys like Lucas ‘Big Daddy’ Browne, Malcolm Tann, Ian Lewison and Ivica Bacurin. Whyte doesn’t hurt the A and B-level fighters that have a chin. The reason why is because he’s a weak puncher. Whyte can knock guys out, but only when he’s able to hit them constantly for many rounds like he’s hitting a punching bag. If the fighters have the ability to hit Whyte back, he’s unable to score knockouts because he can’t land enough shots to wear them down. 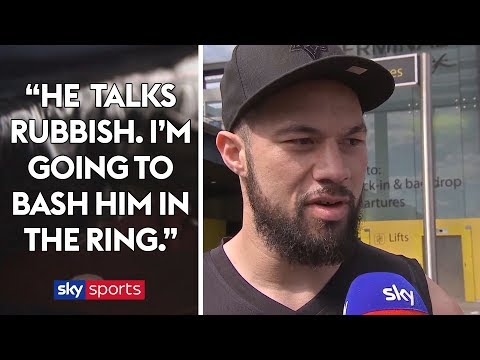