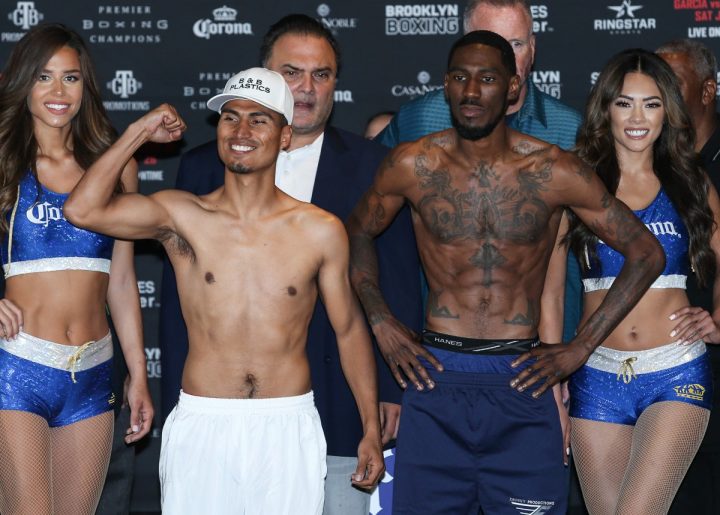 “All the work is done; the talking is done. Now it’s time to settle this thing in the ring.”

“I told Mikey there ain’t no more talking. I’m coming in shape. It’s going to be an exciting fight for all the fans that are here from my side and from his side. We’re just ready to fight and put on a great performance for LA.

“This fight is champion vs. champion. It’s going to determine who’s the best, for real. Tomorrow is going to be the best of the best and you’re going to see the best out of me.”

“I’m going to do what I’ve always done in my career and even in the amateurs, and that’s just fight. It’s going to be no different. I’m going to come out punching.

“Every fight is an important fight and tomorrow night I will show what I can do. I’m going to show why I’m known as the most avoided fighter.”

“The secret to beating Luis Ortiz is two things. One, I cannot say because I’m in front of the cameras but the other one is the heart.”

“Everything about fighting on SHOWITME excites me. I’ve been working for this and dreaming about this day since I was a little kid. Now it’s here and I want to take full advantage of it.

“I hope the fans can expect a lot. I’m here to showcase my talents and they are going to see fireworks. I always get a lot of love from the fans when I fight in L.A.”

“I have a special motivation for this fight. My cousin’s son is battling leukemia so I dedicate this fight to him. He’s only three years old. It’s really hard because I’m a father and just imagining that breaks my heart.”