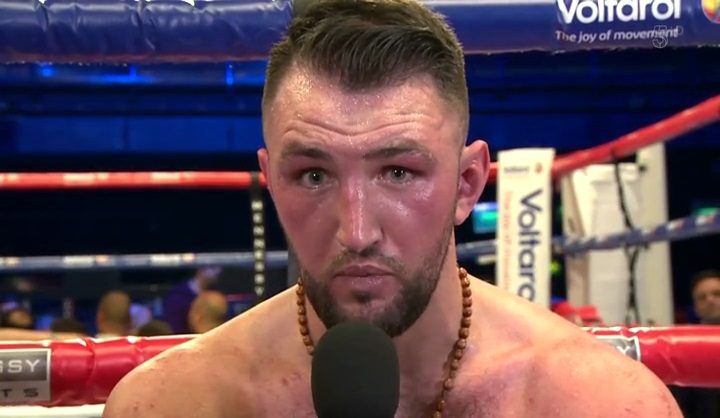 By Jim Dower: The promoters for Hughie Fury (21-1, 11 KOs) and Kurbra Pulev (25-1, 13 KOs) were unable put together a fight within the International Boxing Federation’s deadline for an IBF heavyweight title eliminator, so the sanctioning body has scheduled a purse bid on August 9 at their headquarters in Springfield, New Jersey.

Once the fight gets made, Pulev, 37, and Hughie will be facing each other in an IBF title eliminator to decide on a mandatory challenger to IBF heavyweight champion Anthony Joshua.

Hughie’s promoter Mick Hennessy and Pulev’s promoters at Team Sauerland were unable to put a fight together unfortunately as fans hoped they would. Never the less, a purse bid will be taking place on August 9. This is becoming old hat for Pulev, who as already been involved in two purse bids for IBF eliminators against Dillian ‘The Body Snatcher’ Whyte and Jarrell ‘Big Baby’ Miller, neither of which wanted to go through with the fight after their management lost the purse bids. They would have had to travel to Bulgaria to fight the 6’4 ½” Pulev, but they decided better of it and chose not to take the fight against the clever Bulgarian.

The 23-year-old Hughie has done precious little to be in position to fight for a world title. He lost to former World Boxing Organization heavyweight champion Joseph Parker by a 12 round majority decision last year in September in Manchester, England. It was a listless performance by the young Hughie, who spent most of the fight on the run trying to avoid Parker. Two of judges saw it as a one-sided fight in favor of Parker in scoring it 118-110 and 118-110. The third judge unbelievably scored the fight a draw at 114-114. Hughie won his last fight in beating British heavyweight champion Sam Sexton by a 5th round knockout last May.

Pulev has put together a small winning streak of five victories since losing to former heavyweight world champion Wladimir Klitschko by a 5th round knockout on November 15, 2014. Pulev has looked good ever since then in beating Dereck Chisora, Kevin Johnson, Samuel Peter, Maurice Harris and George Arias. The only negative you can say about Pulev is his opposition has been absolutely atrocious with the exception of his fight against Chisora. Pulev looked good in boxing his way to a one-sided 12 round decision vicory over Chisora two years ago in May 2016. One judge scored it for Chisora, but it was a clear win for Pulev.

It’s a real compliment to Pulev that the management for Jarrell Miller and Dillian Whyte thought enough of his talent not to have their fighters travel to Bulgaria to face him. It suggests that they didn’t feel that their fighters were up to the task of beating Pulev. We’ll soon see if Hughie’s management will do the same thing if they lose the purse bid for the fight with Pulev as well.