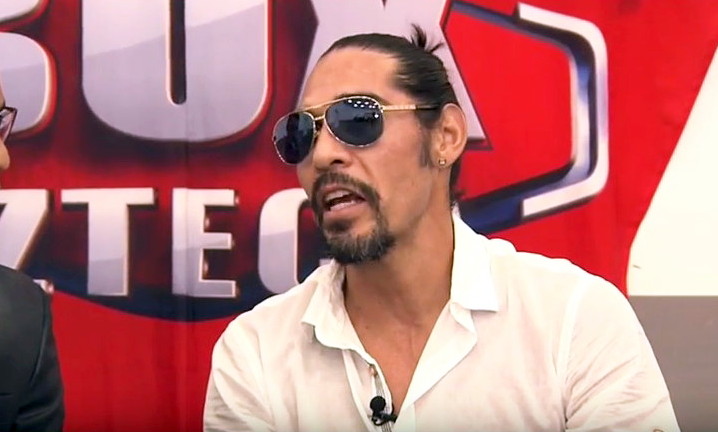 By Scott Gilfoid: Sam Eggington (22-4, 14 KOs) says there were talks for him to fight former welterweight champion Antonio Margarito (41-8, 27 KOs), but he doesn’t think the fight will take place because he doubts it’ll get sanctioned in the U.S. Eggington’s promoter Eddie Hearn wants him to fight in the U.S later this year.

Margarito, 40, is the guy that they want. This fight would likely be on DAZN in the States. Margarito has had eye problems in recent years, and it’s unclear whether he could get cleared to take a fight against Eggington. It’s not a fight that would attract interest from American boxing fans, because few of them have ever heard of Eggington.

The hardcore fans in the States are aware that he stopped an over-the-hill former two division world champion Paulie Malignaggi in the 8th round in March of last year, but that fight wasn’t followed by the casual fans. Eggington lost to Mohamed Mimoune by a 12 round split decision last October.

“The problem is that, from what I’ve heard, it doesn’t look like it will be sanctioned in the USA because of problems he’s had,” Eggington said to skysports.com about a fight against Margarito. ”I don’t know whether different states have different rules, so we will just have to wait – I’d be all over it though!”

It’s kind of sad that Eggington and Hearn are targeting an over-the-hill fighter like Margarito to try and attract interest for a fight later this year in the United States rather than taking on one of the younger more relevant contenders like Tony Harrison, Maciel Sulecki, Austin Trout or Erislandy Lara. Obviously, Eggington would lose to all of those guys. It would be a terrible mismatch.

Eggington has a 10 round fight this Saturday night against Peter Kramer (8-0-1, 5 KOs) at the Hotel Suite, in Villa Park, in Birmingham. Eggington says he’s going to fight one more fight after this one in Birmingham before looking to take a big match in the U.S later this year.

The problem Eggington has is he’s not good enough to beat any of the talented junior middleweights in the division. Eggington outgrew the 147 lb. weight class recently, and he now finds himself at 154 in a division filled with lions. At 147, Eggington was huge for the division and he could use his size advantage to defeat limited guys like Malignaggi and Frankie Gavin. But at 154, Eggington has zero advantages to speak of, and he’s not going to be able to beat anyone remotely talented. Heck, even an old and over-the-hill Margarito will likely be far too good for Eggington. Like Margarito, Eggington is a volume puncher. Both are 5’11’ with long arms. Where they differentiate from each other is Margarito is a much better inside fighter with excellent body punching skills, and he hits harder. Margarito does everything better than what Eggington could ever hope to be.

Margarito’s career has been on the downside since his loss to Shane Mosley in January 2009. Margarito suffered a bad eye injury in a 12 round unanimous decision loss to Manny Pacquiao in 2010. Margarito’s right orbital bone was broken in that fight. This led to several surgeries before he returned to the ring a year later in an ill-advised rematch against Miguel Cotto in 2011. Margarito’s surgically repaired eye closed up quickly, causing the fight to be halted in the 9th. Margarito then retired from boxing for five years before making a comeback in 2016. Margarito has since won his last three fights in beating Jorge Paez Jr., Ramon Alvarez and Carson Jones. Margarito has not looked good at all in any of his fights.

If Hearn wants to drive interest in the DAZN streaming deal in the U.S, then he needs to at least focus on relevant fighters like Lara, Jermell Charlo, Jarrett Hurd and Jaime Munguia. Instead of having Eggington face the shot 40-year-old Margarito, he needs to have him walk the plank against Hurd, Munguia, Charlo or Lara. I mean, I doubt the U.S boxing fans would care to see those guys obliterate a domestic level punching bag like Eggington, but at least he would be facing relevant fighters instead of an old timer like Margarito, who left his prime behind nine years ago.