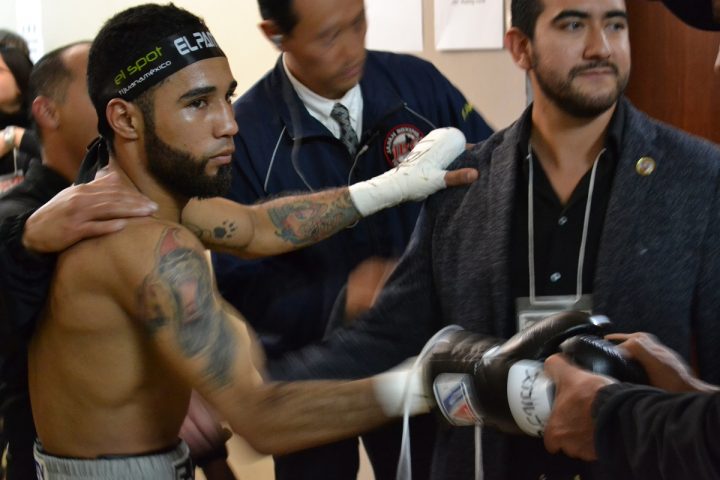 The 23-year-old Nery was scheduled to fight Pabustan, 28, in a 10 round match at the Municipal Auditorium in Tijuana, Mexico. The management for Nery, Zanfer Promotions, canceled the fight with Pabuston on Monday.

Zanfer Promotions says that Nery won’t be fighting until he’s given the green light by the WBC. Just when that will be is unknown. What would be a shame is if Nery’s suspension for coming in overweight is 6 months or more, because it’s just hard to believe a fighter being suspended for that period of time for coming in overweight.

Saul Canelo Alvarez, a popular Mexican fighter, was given a six-month suspension for testing positive for clenbuterol by the Nevada State Athletic Commission. Hopefully for Nery’s sake he doesn’t end up suspended as long or longer than Canelo, because if he is, you wonder what’s going on with that.

Nery stopped former WBC 118lb champion Shinsuke Yamanaka in the 2nd round in their rematch on March 1 in Tokyo, Japan. The day before that, Nery had weighed in over the 118lb. weight limit in coming in at 121 lbs. The WBC subsequently suspended Nery indefinitely. Rather than wait until the WBC made up their minds for when Nery could resume fighting, he scheduled a fight against Pabuston.

The WBC immediately responded to the news of Nery’s fight with a statement sent out to boxing sites on Monday. Nery could have ignored the WBC and fought anyway, as it’s his career. There are other sanctioning bodies that Nery could have focused on going after their titles.

If Nery had fought Pabuston, then the WBC wouldn’t have sanctioned his fight. The WBC is operates out of Mexico, and they made it known that they weren’t pleased with Nery scheduling a fight while he was still suspended with them.

“Zanfer Promotions informs that former WBC bantamweight world champion Luis ‘Pantera’ Nery will not fight June 9 as announced,” the Zanfer said via ESPN.com. “Nery will wait for the resolution of the World Boxing Council. [Nery] will fully comply with the guidelines to which he committed himself to.”

It would be nice if the WBC addressed fighters that put on a huge amount of water weight after they weigh-in. At least if the WBC made that move, perhaps some of these fighters would compete in their natural weight classes instead fighting one or two divisions below their weight in order to gain an advantage over their smaller opponents. I can’t remember the last time Canelo’s fight night weight was listed by HBO. Canelo looks huge during his fights, and a lot of boxing fans often wonder how much weight he puts on after rehydrating.