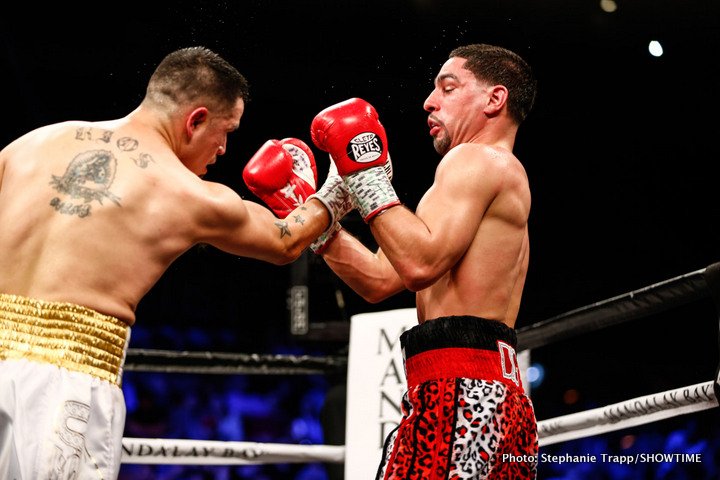 By Allan Fox: Showtime president Stephen Espinoza says the fight between former welterweight world champions Danny ‘Swift’ Garcia and ‘Showtime’ Shawn Porter will be getting made soon and announced for the vacant WBC welterweight title that was recently vacated by Keith ‘One Time’ Thurman.

It’s good news that Garcia, 30, will be taking the fight with Porter, because a lot of boxing expected him to ignore the World Boxing Council’s recent decision to order the Garcia-Porter fight for the vacant WBC belt. Unfortunately for Garcia, if he had rejected the WBC’s call for him to fight Porter, he would have had to wait around for Thurman to finally heal up and resume his career.

Thurman is going to take a tune-up fight when he returns to the ring this summer. After that, he would be available to fight a top-level opponent, but that might not happen until 2019 depending on if he gets injured again. Thurman’s inability to stay healthy is troubling, and it’s slowed the careers of the contenders that are waiting for their title shots.

“I think that fight will get made pretty soon,” Espinoza said to Fighthype about the Garcia vs. Porter fight. ”I think it’ll be announced soon. It’s a good fight, a really good match-up and it’s the right fight for the right time. It should be a title fight. Both of those guys deserve a title shot, and to tell you the truth, it’s another pick ‘em fight. That’s what’s great about having a core group of talent in the welterweight division. You put two of those guys together and it’s going to be a good fight,” Espinoza said.

Danny Garcia and Porter have both been doing a bit of cherry picking lately. Garcia defeated past his best Brandon ‘Bam Bam’ Rios by a 9th round knockout on February 17. Garcia was offered a world title shot against IBF welterweight champion Errol Spence, but instead chose to fight Brandon Rios in a mismatch. Porter is coming off of a 12 round unanimous decision win over Adrian Granados last November. Before that, Porter defeated Andre Berto by a 9th round stoppage last year in April 2017. Berto used to be a good fighter, but his career has gone downhill since 2011.

Porter will likely be viewed as the favorite to beat Garcia based on his recent wins over Adrian Granados and Andre Berto. Thurman beat Porter two years ago by a 12 round unanimous decision in June 2016, but he was running around the ring much of the fight to avoid his attacks. Towards the end of the fight, Thurman stopped moving as much and fought a little along the ropes, but during 99 percent of the fight, he used a hit and run approach. Thurman calls it ‘circle fighting,’ and he was doing a lot of it against Porter.

Espinoza defends Thurman for his inactivity, blaming it on, “Tough luck” in terms of his injuries. Thurman has been injured for the three straight years now. It’s incredibly bad lucky, and it’s hard not to believe that this problem will continue for the remainder of his career. Thurman was also injured in 2014. So, Thurman has suffered injuries in 2014, 2016, 2017 and 2018. Is it bad luck that Thurman has been hurt in all those years or a sign that he physically isn’t rugged enough to compete in the sport of boxing. To be a world champion, you’ve got to be able to fight more than once a year, especially when you’re like Thurman and wanting to use an entire year as a “Get back year.” It’s not going to work for Thurman to be a world champion if he wants to devote an entire year to recover from an injury that took place the previous year.

“Sometimes Keith Thurman is misinterpreted,” Espinoza said. “He’s a guy with a lot of interests. He likes to read. He’s into travel. He likes to travel a lot, and that’s not what we’re seeing out of fighters. Sometimes people look at his and say, ‘he’s traveling too much, he’s reading, and he does meditation. Maybe his head’s not into boxing.’ The reality is I know he’s got the hunger. I know he loves the sport. He’s had some tough luck between the car accident, the elbow injury and now a bit of a nagging hand injury. He’s away from the sport but I do believe if not for the injuries, we would be talking about Keith Thurman and Errol Spence later this year. Maybe that gets pushed back to next year, but I think we’re going to see that fight and it’ll be a real barnburner,” Espinoza said.

Boxing fans doubt that Thurman will fight Spence in 2019. They think the fight won’t happen until 2020, and even that, it’s questionable. All it’ll take is another injury or two for Thurman and the fight with Spence might not ever happen.

At this point, the Garcia vs. Porter winner needs to forget about Thurman and focus instead on fighting Spence. He can be counted on to be ready to face the winner of that fight in 2018. Thurman needs to be allowed to recover for the rest of the year from his injury issues. If Thurman is healthy next year, then he can fight Garcia or Porter. But in the meantime, Garcia and Porter should fight it out and then face Spence.

Thurman is perceived by many boxing fans as being scared to fight Porter and Garcia again. The fans also feel that Thurman wants not part of fighting Spence and Terence Crawford. 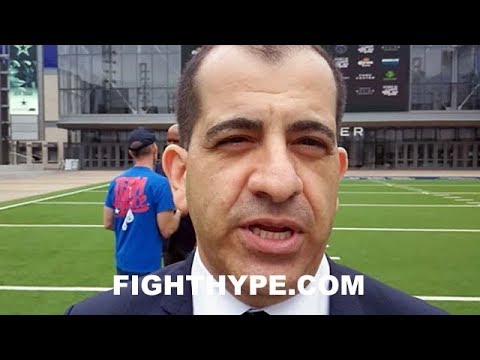