By Dan Ambrose: Jessie Vargas says Keith ‘One Time’ Thurman is a ‘recess champion’ and that the WBA and WBA should make it official by changing his status to recess welterweight champion, because he’s been inactive for last 13 months due to an elbow and hand injury.

Vargas (28-2, 10 KOs) feels that it’s time that the WBA and WBC step in and demote Thurman (28-0, 22 KOs) due to his inactivity so that the other contenders can get a chance to pick up his belts. Vargas states that once Thurman is all healed up, he can come back and fight for his welterweight titles against whoever wins the vacant belts.

Vargas’ career would be greatly enhanced if the WBA and WBC were to strip Thurman of his titles, because he could go after one of the titles and possibly win one. But with Thurman inactive, sitting on his belts without defending them, it freezes out guys like Vargas and the other contenders that are waiting for him to finally defend them.

“People aren’t happy because they want to see the biggest fights out there, and if you’re not willing to make them, then that’s a problem,” Jessie Vargas said to ES News Reporting about Thurman. “This is a problem for the fans. Once you don’t have respect from the fans, then it’s going to get tough for you. He better start fighting top level competition and top level opponents, and stop calling out easy fights, because that what Keith Thurman has done,” Vargas said.

Thurman is so inactive that the boxing public is forgetting about him. He’s not fighting enough anymore for him to keep a fan base. Thurman fought once in 2016 against Shawn Porter, and once in 2017 against Danny Garcia. Thurman won both fights, but they were close wins and to a certain extent, they were controversial. Thurman was in a car accident in 2016, which limited him to just the fight with Porter. In 2017, Thurman suffered an elbow injury that needed surgery after his close 12 round split decision win over Danny Garcia in March of last year.

Thurman has been sitting and resting up ever since the surgery. Thurman was scheduled to take a tune-up fight on May 19 on Showtime Boxing, but he suffered a hand injury that required that he skip the fight date. Thurman is now supposed to be fighting in the summer. The World Boxing Association and WBA have been strangely silent about Thurman’s latest injury.

The fact that the two sanctioning bodies haven’t made a comment on Thurman’s new injury could mean that they’re fine with it, and willing to let their titles not be defended for another two to three months. That’s not good news for the contenders that have been waiting for their chance to fight for those titles. They’re stuck having to sit and wait on Thurman to finally get better and defend the belts. Given how short the careers are for world class boxers, it’s not a good deal for the fighters to have to freeze their careers waiting for Thurman to finally get healthy enough to resume defending his WBA and WBC once a year like he’s been doing in the last two years.

”The most important thing for an athlete is to have respect from the fans, but now he’s losing it,” Vargas said. ”Once he grabbed the titles, he’s like a little boy with Nintendo. ‘I beat you. I beat you. I’m out.’ He wants to hold those belts but without putting himself at risk. You’ve got to be willing to fight the best. This is the business,” Vargas said.

IBF welterweight champion Errol Spence believes that Thurman lost his hunger once he won his two titles. He got comfortable and got married and he doesn’t seem capable of staying healthy. Thurman attends the big fights as a spectator and is almost like a retired fighter rather than a world champion. It’s been ages since Thurman fought, and it remains to be seen whether he’ll be able to make it back into the ring by June or July. If Thurman’s elbow problem becomes a chronic thing, then the WBA and WBC will need to decide so that Thurman doesn’t just sit on their titles like a mother goose sitting on her eggs.

”He stopped fighting for it as soon as he fought Danny Garcia,” Vargas said. ”I’m sure the WBC and WBA are going to have to have other fighters fight for their belts, which works well for us until he’s able to come back. Once he’s able to come back, he’s going to have to fight whoever wins the WBC and WBA titles. I see it fair for the WBA and WBC. Leave him as a champion in recess and have some other fighters fight for it. He’s been at recess ever since he fought Danny Garcia,” Vargas said in continuing to criticize Thurman.

In a perfect world, the WBA and WBC would have stripped Thurman of both his titles at the 1-year anniversary of his last fight against Danny Garcia on March 4, but this is boxing, and the sanctioning bodies sometimes let popular champions sit on their titles without defending them for extended periods.

For some odd reason, the WBA and WBC don’t want to strip the inactive Thurman, even though it would be in their best interest if they did change his status to recess champion. They just won’t won do it for some reason. I do agree completely with Vargas that Thurman seems more like a recess champion now rather than a world champion. He’s been sitting on his belts for too long without defending them, and now an afterthought. I don’t think Thurman will last long as a champion even if he faces someone he’s beaten before like Porter or Danny Garcia.

”He doesn’t even want to fight Shawn Porter,” Vargas said about Thurman’s close 12 round majority decision win over Porter. ”To me, I thought Shawn won by a round. If anything, it was 6-6. He didn’t want to go back there either. I trust that the WBA and WBC will do what is for everybody,” Vargas said.

If the WBA and WBC were going to strip Thurman, they would have done so by now. I don’t think they’re going to.

Vargas is fighting this Saturday night against Adrien ‘The Problem’ Broner (33-3, 24 KOs) in a 12 round fight at the Barclays Center in Brooklyn, New York. This is a catch-weight fight at 144 lbs. The weight was moved from 147 to 144 to accommodate Broner, who is too small and weak to compete against true welterweights. The fight will be televised on Showtime Boxing. 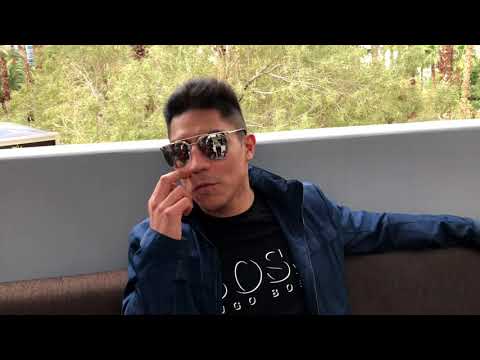 
« Mayweather: Crawford vs. Spence will soon be biggest fight in boxing

Andrew Moloney vs. Richard Claveras on May 19 »