Saunders: “Golovkin is my backup plan” 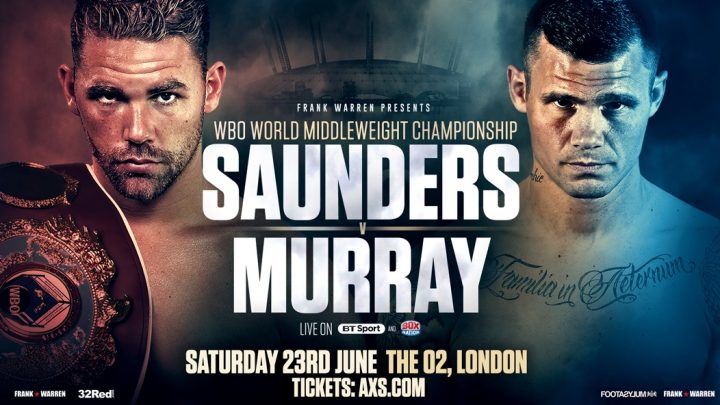 Billy Joe Saunders has insisted that despite his eagerness to unify with Gennady Golovkin, he will not be treated as a back-up plan.

On May 5th, Canelo Alvarez and Golovkin are scheduled to face each other in a rematch of their first meeting that ended in a controversial draw.

If the highly-anticipated rematch does not go ahead, Golovkin’s trainer Abel Sanchez has hinted that Golovkin would “go a different way” and target a fight with undefeated WBO Champion Saunders.

Despite Sanchez claiming that Saunders would be “chomping at the bit” to face Golovkin as a ‘plan B’, the Hatfield man has reiterated that if the Middleweight foes meet in the ring, it will be on his terms.

“First of all me and Frank signed a contract to fight Golovkin before and they were the ones that pulled out, not me,” said Saunders. “I’m no back-up plan or plan B to anyone, I’m a World Champion and I believe that I’m the best in the division.

“If anything, Golovkin is my back-up plan. He is only saying this now because he is worried about getting beat by Canelo. He thinks that if he loses he’s going to fight again straight away for my belt.

“Him and his trainer can talk as much crap as they want but when it comes down to it I’m ready to do the walking as well as the talking – and I’ve proved that before. For now all of my focus is on beating Martin Murray on Saturday 23rd June.”

Tickets for Saunders v Murray priced from £40 (Tier) to £300 (Hospitality) are available to purchase via www.axs.com.


« Canelo and Golovkin’s representatives to meet with Nevada Commission today