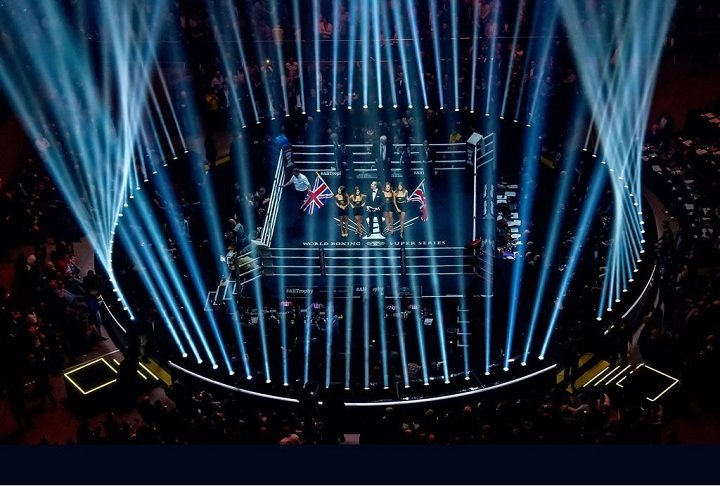 Eubank Jr. would be getting back to back title shots if Truax, 34, gives him the opportunity. Ideally, it’s better when defeated title challengers get back in line and earn another title shot after they’re beaten the way Eubank Jr. was last Saturday by Groves in the World Boxing Super Series tournament fight in Manchester, England. Eubank Jr. doesn’t want to follow in the same footsteps as other fighters. He wants another title shot straightaway. Whether he’ll be given a fight by Truax will be up to his management.

“I’m going to take whatever route to win a world title,” Eubank Jr. said after his fight last Saturday night against Groves. ”I know the man (Caleb Truax) James DeGale is out there. I’m sure he’s willing to defend his belt. That’s a potential fight for me,” Eubank Jr.

Normally you would say that Eubank Jr. is dreaming if he thinks he’s going to get a title shot against Truax off the back of a loss to Groves, but this is boxing. It’s a business, and Eubank Jr. is the popular guy right now. If Truax is going to defend against a beatable guy with a name, then Eubank Jr. might be the best option for him, especially if it’s on PPV in the UK.

DeGale lost to Truax last December by a 12 round majority decision. He should be getting a rematch with Truax at some point. Whether Truax can make a voluntary defense before that against Eubank Jr. is the big question. If so, then Truax vs. Eubank Jr. would be an interesting fight. Truax’s lack of hand speed might make it difficult for him to defeat Eubank Jr. This could be another Eubank Jr. vs. Avni Yildirim type of fight. Eubank Jr. dominated the slow-handed Yildirim in stopping him in the 3rd round. Truax might be slow enough for Eubank Jr. to beat him. He might be the only super middleweight champion that Eubank Jr. would be favored to beat at this point.

”There’s some good fights for me at middleweight,” Eubank Jr. said. ”It’s just which one are going to fight. One of the reasons I entered the (World Boxing Super Series) tournament was I wanted to fight George Groves. Now that it’s happened and it was a great fight, hopefully we can get the rematch on. In my mind, I did enough in the later rounds to nick the fight, but I have to look back at it. I didn’t see what he judges and the public saw. It was a very close fight,” Eubank Jr. said.

There are some good middleweight fights out there for Eubank Jr. if he’s willing to sign for them and not stall in the negotiations. Eubank Jr. had IBF/IBO/WBA/WBC middleweight champion Gennady ‘GGG’ Golovkin offering to fight him in September 2016, but he was too slow to sign the contract for the fight. Kell Brook beat him to the punch and the rest is history. Brook fought Golovkin instead and he got the glory of being his opponent. To be sure, it didn’t work out well for Brook with him suffering a broken eye socket early on and getting stopped in the 5th round, but he received a lot of attention from boxing fans as the B-side opponent for GGG. That could have been Eubank Jr. if he’d only agreed to the fight instead of dragging his feet when in negotiations.

Here are some of the top middleweights that Eubank Jr. would have a chance to fight:

Eubank Jr. would have a chance to get at least one of those fighters to face him if his management were to put in the effort to try and line up a fight against a good middleweight. Eubank Jr. could also expand his search to some of the top 154 lb. fighters like Jermell Charlo, Erislandy Lara or Jarrett Hurd. One of those guys might be willing to fight Eubank Jr. for the right money. Jermell vs. Eubank Jr. would be an excellent fight. I would favor Jermell to win that fight due to his power, speed and boxing ability. He’s looking explosive now.

”I was hurting him. He was pretty close to being out of there at the end,” Eubank Jr. said of Groves. ”So it’s hard for me to say he beat me. I feel like I closed the distance multiple times throughout the fight, and I connected with good shots to hurt him. He never hurt me. This was the first time I was cut in my career,” Eubank Jr. said.

Groves did hurt his left shoulder in the 12th round, but that looked like it happened after he swung wildly and missed on one occasion. As far as Eubank Jr. thinking he won the fight, he sounds like he’s having a hard time accepting that he was beaten by the better man. Hopefully by now Eubank Jr. has seen a replay of the fight and noted that he simply got beaten by the better man on the night. How in the heck does Eubank Jr. ever hope to improve if he’s in denial about his losses and thinks he deserves win when he was beaten.

This isn’t the first time Eubank Jr. has lost a fight and not been able to admit that he was beaten. He did the same bit when he was beaten by Billy Joe Saunders 4 years ago in their fight in 2014. Like last Saturday night, Eubank Jr. was outclassed by a fighter with better boxing skills than himself. Saunders was faster, stronger and he had a better ring IQ than Eubank Jr. It’s too bad Eubank Jr. can’t admit when he loses his fights because it’s got to make it difficult for his opponents. They know after they beat him, he’s not going to agree with the decision.


« Danny Garcia responds to Errol Spence calling him out

Daniel Jacobs vs. Maciej Sulecki official for April 28 on HBO »