Jacobs wants Canelo or GGG next 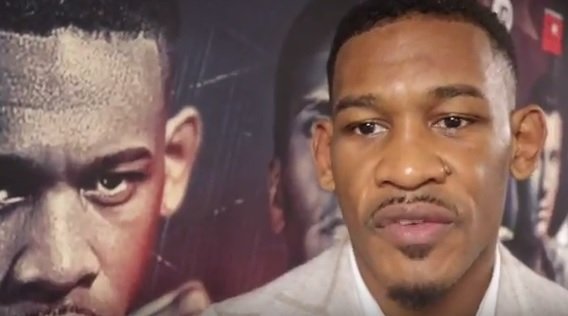 By Allan Fox: Danny Jacobs got his confidence builder fight out of the way last Saturday night in beating Luis Arias by a 12 round decision, and now he’s interested in facing Saul Canelo Alvarez or Gennady “GGG” Golovkin.

Jacobs’ promoter Eddie Hearn has already spoken to Peter Nelson of HBO to let him know that they’re ready and willing to step in to face Golovkin if Golden Boy Promotions and Canelo choose not to take the rematch with GGG. Jacobs (33-2, 29 KOs) wants to avenge his loss to Golovkin from March 18, as he feels he won that fight but wasn’t given credit for it by the 3 judges.

Hearn will have Jacobs fighting in April, so he’ll be ready to take on Golovkin if he’s unable to land the fight with Canelo. Hearn makes it clear though in saying that Jacobs isn’t chasing the Golovkin fight. Jacobs has other options besides Golovkin and Canelo. He can possibly fight the winner of the Billy Joe Saunders vs. David Lemieux fight. If there’s no chance there, then Jermall Charlo is someone that they would be interested in.

“He was in survival mode from early on. I had him hurt,” said Jacobs to Fighthype in talking about Arias. “I knew I could hurt him and get him out of there, and I think I was trying a little too much and I wasn’t putting my combinations together. He was a tad more skilled than I expected. I think I came in 174, 175, but that’s typical for middleweight fighters. I’m a big middleweight. I hate that guys make excuses for it,” said Jacobs.

The comment about fighters making excuses by Jacobs is him taking a jab at Luis Arias’ trainer John David Jackson, who blamed his loss last Saturday on Jacobs’ weight for the fight. Jackson said Jacobs came into the fight in the 180s, weighing as heavy as a cruiserweight. Jackson was upset about Jacobs supposedly not agreeing to be weighed the day of the fight. HBO often asks fighters on their network to be weighed the night of the fight. HBO posts the rehydrated weight for the fighters briefly during their boxing telecasts. Sometimes, however, fighters choose not to be weighed by HBO. Canelo Alvarez chooses not to be weighed, and it looks like Jacobs has now joined him. Arias probably would have lost to Jacobs even if they were the same weight. The two fighters were far apart in power, speed and boxing skills. That wouldn’t have changed if Arias and Jacobs were the same weight.

“I’d say Canelo and Triple G fight, because they’re considered the best in the middleweight division by peers and a lot of people,” said Jacobs to IFL TV. “So for me to prove that I’m the best, I’ll need to go through the likes of these guys. That’s really what I want to do. I feel I’m the better fighter of the two, and I’m the best fighter in the middleweight division. We’re not in the position where we’re begging for fights. I’m in a really good position, and I have a really good promoter, and the network is backing me. Everything is going to be great for me. I’m not bitter. I do feel like I won the fight with Triple G,” said Jacobs.

It would be best for Jacobs to tone it down a little about his desire to fight Canelo or GGG. Believe me; they already know that he wants the fight. Jacobs constant talk of wanting to fight them makes him seem needy and desperate, which isn’t a good look for him. Jacobs could do a lot more for himself if he ignored them and started putting together wins over the dangerous fighter if he can get them.

Golovkin is the more likely one to fight Jacobs soon. Outside of Canelo, Jacobs would bring Golovkin the biggest payday right now. Golovkin wants the WBO belt held by Billy Joe Saunders, but that’s not a big money fight for him. Canelo will have to fight Jacobs in the future if he stays in the weight class. There’s too few top fighters at 160 for Canelo to get away by not fighting him. 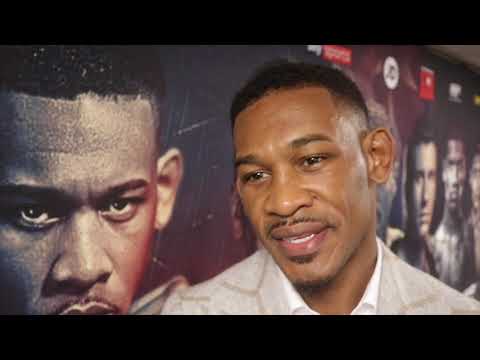 Hearn: David Haye is NOT injured »