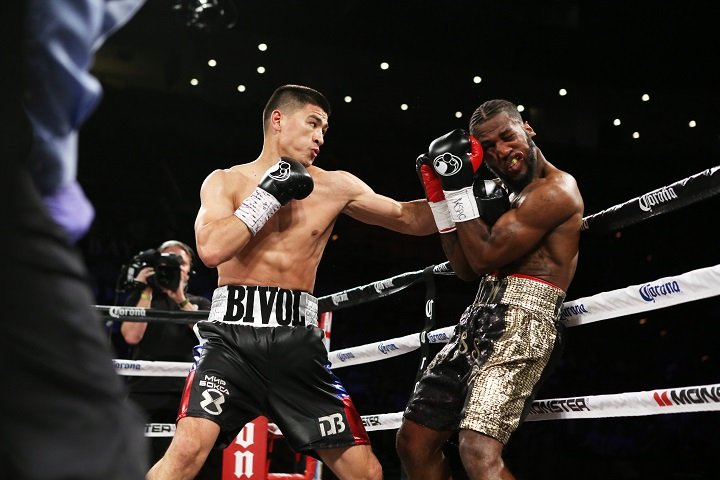 This move was made after WBA Super Champion Andre “SOG” Ward retired and gave up his WBA light heavyweight title recently. The WBA is in the process of reducing the amount of champions in each division from 3 to 1, which was good news for Bivol. His fight with Trent Broadhurst (20-1, 12 KOs) on November 4 will be a voluntary defense for the 26-year-old Russian.

It angered Barrera in a big way, because he felt he should have been given the fight with Bivol. But with the WBA installing Bivol as the full WBA title holder spot, it means his defense against Broadhurst is just a simple voluntary title defense. Barrera will get his chance against the winner of the Bivol-Broadhurst fight straightaway.

Bivol vs. Broadhurst will be televised on HBO Boxing. Also on the Bivol-Broadhurst card are the following fights:

Some boxing fans believe that Ward, 33, retired so he could duck the fight against Bivol, which would have had to take place if Ward had stuck around longer. Ward also likely would have had to face Artur Beterbiev if he beats Enrico Kolling in their fight coming up. They were supposed to face each other in an IBF title eliminator on November 11, but the fight is now for Ward’s vacated International Boxing Federation light heavyweight title at the Save Mart Arena in Fresno, California.

Beterbiev would have been a tricky opponent for Ward to fight, because he’s a far better inside fighter than Sergey Kovalev, who Ward defeated in his last 2 fights by fighting on the inside. Beterbiev is a very good inside fighter with knockout power in close. Ward would have to change his come completely for him to have had any chance of defeating Beterbiev.

It would have been a night, because Ward is mainly good at picking his opponents off when they’re coming at him. Ward would then use his inside skills to dominate or tie up his opponents in close. Ward wouldn’t have been able to do that with Beterbiev, because he fights so well on the inside. It’s a fight that Ward would have taken a lot of punishment in, and he likely would have been knocked out. You can argue that Ward got out of the sport at the right time just when he was about to be forced to fight Bivol and Beterbiev.