Joshua vs. Klitschko will be televised by HBO and Showtime 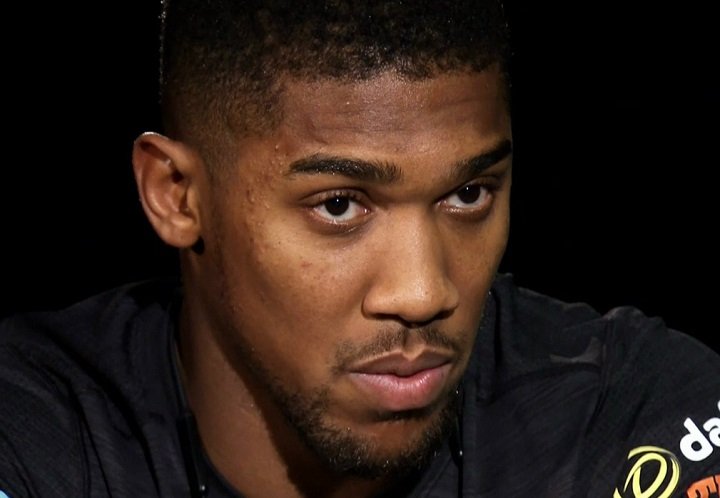 By Scott Gilfoid: As I reported previously, HBO and Showtime will both televise the April 29 fight between 41-year-old Wladimir Klitschko and IBF belt holder Anthony Joshua from Wembley Stadium in London, England. This was a deal reached by Joshua’s promoters at Matchroom Sport, with Klitschko’s promoters at Klitschko Management Group (KMG) and K2 Promotions with HBO and Showtime.

The Joshua-Klitschko fight will take place in front of a packed 90,000 seat Wembley Stadium. The venue favors Joshua in a HUGE way, as he’s the home fighter facing an inactive and much older Wladimir.

The two U.S cable giants will televise the Joshua-Klitschko fight to the American boxing fans. It’s unclear which of the two cable giants will get the better deal. Showtime Championship Boxing will televise the Joshua-Klitschko fight live starting at 1:15 pm PT/4:15 pm ET, whereas HBO will show the fight later on the evening at 10:45 p.m. ET/7:45 pm PT. That’s kind of late for the fight to be shown, but if the boxing fans are interested enough to want to see it, they’ll wait up for it to see the fight.

Watching a boxing match at nearly 11:00 p.m. on a Saturday night, I’m not sure what kind of ratings the fight will bring in from the East Coast of the U.S. By the same token, televising the Joshua-Klitschko fight live on the West Coast on Showtime isn’t a great deal either, as the broadcast begins at 1:15 p.m. in the afternoon and 4:15 p.m. on the East Coast. Unless the fans are following the advertisements closely by Showtime, they may miss the fight entirely by tuning in at either 6:00 p.m. PT or 9:00 ET, thinking they can see the Joshua vs. Klitschko fight.

Unfortunately for them, they’ll miss the fight. That’s why I think there’s a good chance that the fight fails to bring in huge ratings in the U.S. The time for the fight isn’t ideal for either network. It’s too bad the Klitschko-Joshua fight isn’t taking place in the U.S, because it would be much more convenient for the boxing public to see it at a reasonable hour. Perhaps if Joshua’s promoter Eddie Hearn delayed the fight broadcast a few hours in the UK, it would work better for the American boxing fans.

The fans watching the fight on Showtime could see it 6 p.m. PT instead of 1:15 p.m. It wouldn’t help HBO though. If they’re going to need to show the Joshua-Klitschko fight 6 hours after the Showtime broadcast, then we’re talking 2:00 a.m. That’s an absurd hour to watch the fight. You’d have to really want to see the Joshua vs. Klitschko fight in the worst way to stay up that late for it. The thing is, the fight figures to be a mismatch with Joshua wiping out the aging, gun-shy and ring rusty Wladimir almost immediately.

I really hope I’m wrong, but I don’t think I will be. I actually saw Wladimir’s last 2 fights against Tyson Fury and Bryant Jennings, and I noted that Wladimir looked as shot as I’d ever seen a fighter look in my opinion. Now those fights were 2-3 years ago. Wladimir has been inactive for the last 2 years, sitting and waiting for a rematch with Fury that never came about. Now, Wladimir is about to fight Joshua in front of his own British boxing fans at the huge 90,000 seat Wembley Stadium in London.

Everything is working against Wladimir winning this fight. He’s old, inactive, and fighting in front of a ton of Joshua’s fans. Yeah, some of the fans will be there to see Wladimir, but I wouldn’t expect more than a handful of them. Wladimir’s fans will be drowned out by Joshua’s huge horde of fans. I believe that the screaming by Joshua’s fans is going to definitely impact Wladimir’s game.

How it’s going to hurt Wladimir is in a couple of ways. He’s going to hear the cheering and stop thinking. He’ll be totally defensive, and completely psyched out to the point where he won’t throw punches. In other words, Wladimir will fight like he did against Tyson Fury. By not throwing punches, Wladimir will be a sitting duck for Joshua to cream in front of 90,000 fans.

Like I’ve said before, the only way to beat Joshua is to follow the Mihai Nistor blueprint by staying on the outside and then darting forward to nail him with 3-4 hard and fast power shots to the head. You then move away from him, because he’ll try and use his size to move you into position where he can land his heavy shots.

You don’t want to get bumped by Joshua, because he could catch you with an elbow and bust you up. Wladimir is not going to fight like Nistor. That’s not the way he fights. Wladimir is more of a methodical fighter, who throws jabs and occasional right hands. The right hands come very seldom nowadays from Wladimir. He used to really let his hands go earlier in his career, but he stopped doing that after adding the late Emanuel Steward to his team as his head trainer.

“I’m delighted to announce this historic deal that will see Britain’s biggest ever fight shown on both HBO and SHOWTIME in the U.S.,” Hearn said in a statement about the Joshua-Klitschko fight. “I want to thank HBO and Showtime for their perseverance and allowing America to see one hell of a fight at our national stadium in front on 90,000 passionate fans. Joshua vs. Klitschko is a fight for the ages and we look forward to the show!”

Hearn is calling the Joshua vs. Klitschko fight the “fight for the ages.” I don’t think that’s a very good description of what this fight is at this point. If the fight had taken place 6 years ago in 2011, when Wladimir was still on top of the game, then I would agree with Hearn calling it the “fight for the ages.” But with Wladimir having lost his last fight to Tyson Fury, and coming off of a 2-year-old layoff, you can’t call the fight a historical one. Hearn might as well get Mike Tyson out of retirement so that he can call that a historical fight too.

Wladimir is 41-years-old, and he looked absolutely horrible the last time he fought when he was 39 against Fury. I know there’s a lack of big names in the heavyweight division right now for Hearn to match Joshua up with for big fights, but I don’t consider him facing an old and ring rusty Wladimir as a huge fight or even a competitive one on paper. I think Wladimir is probably no better than Joshua’s recent opponents Dominic Breazeale and Eric Molina at this point in his career. Molina and Wladimir can punch with pretty much the same power.

“This happened before in the Mayweather vs. Pacquiao and the Lewis vs. Tyson fights and shows you the magnitude of our event at Wembley Stadium on April 29,” said Bernd Boente, Managing Director of Klitschko Management Group.

Is Boente comparing the Joshua-Klitschko fight to the Lewis-Tyson and Mayweather-Pacquiao fights? Wow, that’s pretty amazing, but to be honest, I think he’s right in some respect. Mike Tyson was clearly a shot fighter when he fought Lewis, and the fight was horribly one-sided. It was even a fight. It was a still in his prime Lewis beating up on an over-the-hill Tyson for 8 rounds. In the Mayweather-Pacquiao fight, Pacquiao was old and had a shoulder injury that kept him from doing much of anything in the fight. It was a dreadful mismatch, and very, very boring. I hate to say it, but Boente probably shouldn’t be comparing the Joshua-Klitschko fight to those two fights, because if the match plays out like those two did, the U.S boxing fans are going to be a mismatch that will lack entertainment.

It’s unclear what undercard fights will be televised on HBO and Showtime as part of the Joshua vs. Klitschko fight card. In looking at the undercard, there are no real interesting fights that would likely interest the U.S boxing fans. The casual fans likely won’t have a clue who most of the fighters are on the undercard.

Here are the likely 2 fights that could possibly be shown on HBO and Showtime:

Those are not great fights. It looks like the promoters for the Joshua-Klitschko event have scrimped on the undercard, because I don’t see much value there. I would have liked to have seen some actual quality fights like a rematch between Quigg and Carl Frampton, and George Groves vs. James DeGale. Having those 2 fights on the Joshua vs. Klitschko undercard would have made the card interesting to watch, because you would know there would be at least 2 good fights on the card.

I don’t consider the Joshua-Klitschko fight as a good one. I see it as a mismatch with Joshua being too young for the aging, inactive Klitschko. I see this as a business fight more than a competitive match-up. If Joshua fought Deontay Wilder or Luis Ortiz, then it would be real sporting event in my view.