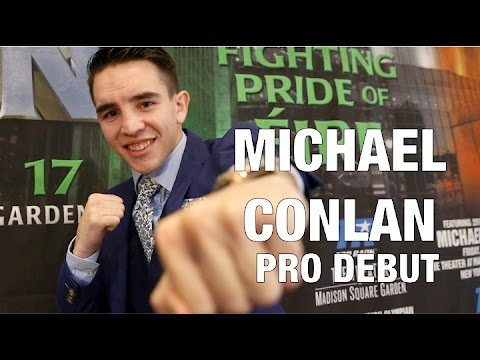 By William McKay: Two time Irish Olympian Michael Conlan (1-0, 1 KOs) made his pro debut on Friday night in stopping the game but limited Tim Ibarra (4-5, 1 KOs) in the 3rd round of a scheduled 6-round fight at Madison Square Garden in New York. The 25-year-old Conlan switched from orthodox to the southpaw stance in round 3 to punish Ibrarra with a flurry of shots after trapping him against the ropes.

Referee Benjy Esteves Jr. then stepped in and stopped the fight after seeing that Ibarra was hurt and not able to defend himself properly. The official time of the stoppage was at 0:59 of round 3.

Conlan started out slowly in round 1 in filling his way with his jab, and slowly stalking Ibarra around the ring. Ibarra wasn’t throwing anything back, as he looked frightened and not willing to engage. That made it easy for Conlan. He was able to measure Ibarra and throw some tasty looking right hands to the head and body.

In round 2, Conlan began to hammer Ibarra with hard body shots that reddened his waist on both sides. Conlan was putting everything he had into his body shots, and Ibarra really felt that because he was giving ground throughout the round. Conlan switched to southpaw during the round and was hitting Ibarra with hard with jabs and lefts down the middle. Conlan was putting a lot of power on his shots, and Ibarra had no defense for the big shots.

“This meant a lot to me,” said Conlan after the fight. “I don’t think I’ll ever forget this. I’m proud to be Irish today,” said Conlan. 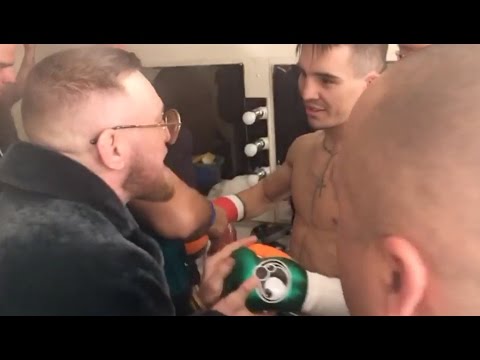 UFC star Conor McGregor attended the fight and was in the ring before the start of the contest. That was pretty neat for the boxing fans and for Conlan to have such a great fighter attend his pro debut. McGregor could be making his own pro debut later this year against superstar Floyd Mayweather Jr. in a boxing event that could break pay-per-view records.

Conlan said after the fight that he plans on becoming a 3 division world champion in the future. He looks perfectly capable of doing that once he fills out a little. Conlan’s punching power, and his body punching was impressive tonight. He looked like a mini-Gennady Golovkin the way that he was attacking Ibarra with powerful body shots, and staying on top of him the entire three rounds. 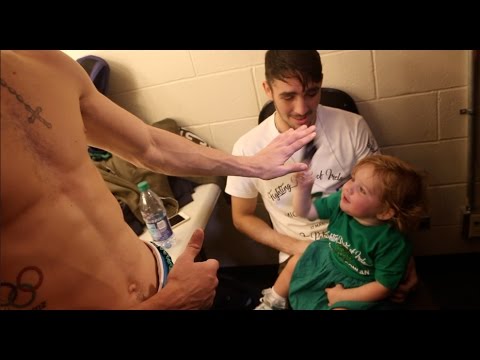 The loss for Ibarra was his 4th in his last 6 fights. Ibarra gave it a good shot, but he didn’t have the talent to compete with a fighter in Conlan’s class. He had too much talent, speed, power and technical skills for him to compete.

Overall, it was a great performance from Conlan. It was a real treat for the boxing fans that saw it live at Madison Square Garden.

Conlan competed in the 2012 and 2016 Olympics for Ireland. He was eliminated in what many boxing fans saw as controversial defeats in both Olympics. As a pro, Conlan has the talent to become a world champion many times over if he’s brought along right by his promoters. The power, talent and size are all there for Conlan. 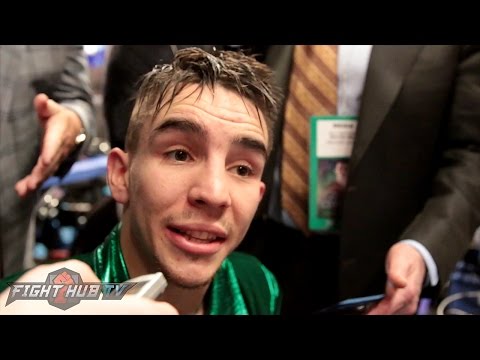 
« Golovkin will be razor sharp for Jacobs says Loeffler

Golovkin vs. Jacobs: Will it go the distance? »