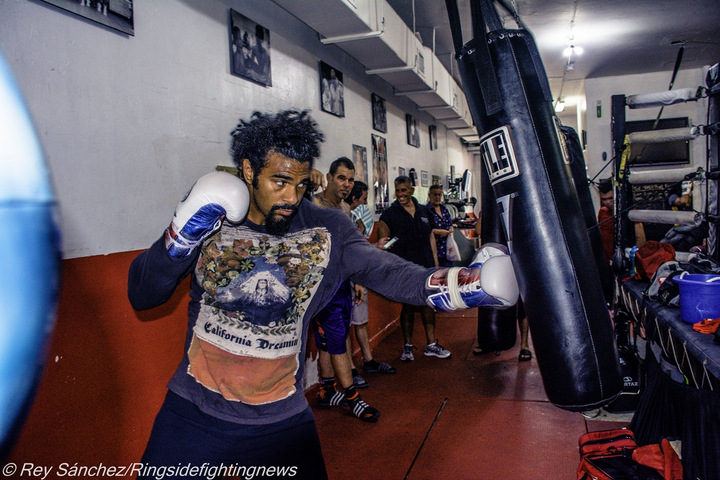 By Ryan Allan: ​In sport, there is little to match the hype and hubris that surrounds a big fight week and this coming Saturday, two of the sport’s biggest protagonists come head-to-head as former Heavyweight champion David Haye finally takes on WBC Cruiserweight champion Tony Bellew in a non-title fight in the heavyweight division in what has become one of the sport’s biggest and perhaps unlikeliest grudge ​matches.

In the past weeks and months, both fighters disdain for each other has manifested itself in a serious of heated exchanges where both have stepped over the line and in some cases, stormed right through it, barely stopping to admire their work as the verbal sparring (and in one instance, a physical altercation) has brought this fight to the attention of more than just your regular die-hard boxing fans. The animosity seems to be real, the hatred is quite obvious and nothing sells pay-per-view tickets faster than a fight where both men show a clearly and utter dislike for each other. ​

Still, there is more to boxing than trash-talking and while the build up to the fight has certainly been explosive, can we expect a fight that is worthy of the attention it has generated? Well, maybe.

This is a contest that could certainly get ugly with Haye promising to do some serious damage on a fighter that has clearly gotten under his skin. Both fighters have been warned by the BBBofC after some seriously poor conduct at recent press conferences and while Haye has taken most of the criticism for his comments about wanting to put Bellew in the hospital, it is in-fact Bellew who has done most of the shouting and goading that actually enabled this fight to be made. 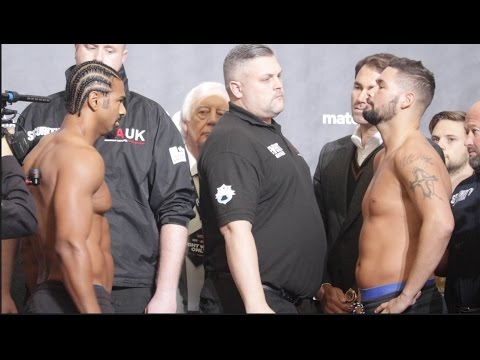 Boxing can be an unusual sport, even at the best of times and here we have a fight where despite having a clear favourite (Haye is 1/6 odds on to win), there remains an air of unpredictability about what outcome we can expect to see, especially given the variety of factors that may well influence the outcome of this fight; Has David Haye really recovered from the shoulder surgery that kept him out of the game for almost four years? Has he under-estimated an opponent that he clearly does not rate? Does Bellew, a cruiser-weight at best, have the power to trouble Haye? Will Bellew be able to take one of Haye’s biggest shots?

Despite his past injury troubles, Haye will surely have too much power and too much strength for an opponent that has never tasted the full-power of any heavyweight, let alone the force of one of the biggest hitters in the division. There can be no doubt, David Haye punches like a mule and whether Tony Bellew has enough in his locker to make this fight truly interesting remains to be seen but my own expectation is that the tough scouser will certainly not go down without a fight.

Clearly the bookies don’t expect anything other than a Haye win and while I am inclined to agree with them, Bellew certainly talks the talk and while I don’t expect the cocky Liverpudlian to emerge victorious, I do anticipate a brave effort from the scouser in a fight that is not expected to go anywhere the distance.

You might expect both fighters to go looking for each-other in the early rounds with all that anger and hostility bubbling at the surface but I expect Bellew to look to get behind his jab and move as well as he possibly can as he looks to establish a foot-hold in the fight while Haye will probably be happy to analyse his opponent a while before looking to land some of those devastating right hands that have vanquished 26 of his 28 previous opponents. Once we see Haye let his hands go, we can expect a pretty decent scrap before Bellew succumbs to the obvious power and let’s be honest, talent deficits that he is up against here.

Indeed this fight reminds me of the Haye/Chisora contest of 5 years ago when the British public certainly bought into the pre-fight rivalry which actually went further than anything displayed in this rivalry and a similar outcome could be on the cards here with Haye’s obvious assets likely to lead him to victory following what should be a scrappy and feisty affair.

While there is no doubt that Bellew has improved in recent years, he is not a natural heavyweight and although he holds a belt in the cruiser-weight division, he is not considered nearly as talented as the other champions in that weight-class and it is surely asking too much of him to step-up in weight and defeat a heavyweight with the punching power of Haye. It is one thing to beat Ulungu Makapa or BJ Flores in the Cruiserweight division but stepping up to fight a man that has shown some serious thunder in his career displays a lot of heart, balls and/or perhaps a desire for some serious cash. Indeed with Bellew earning 2.5 million for this fight, it doesn’t take a rocket scientist to understand why he chose to go after Haye and not defend his WBC title in the division below.

Ultimately, I expect a pretty decent scrap, with Bellew surviving on instinct alone for a few rounds before the superior power and boxing ability of David Haye takes over and my expectation is for a stoppage or a possible KO around the 5th round with Bellew sure to display a lot of heart in the intervening rounds before the power of Haye takes over and leads us to a sharp and painful finish for Bellew.