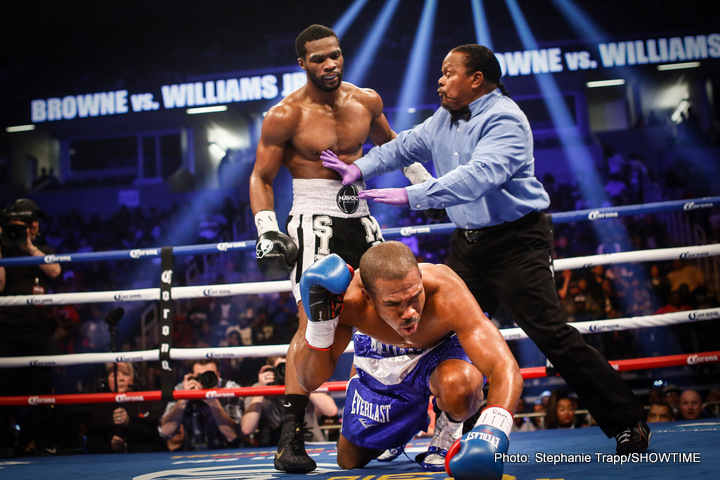 Browne is likely going to need to earn his title shot by working his way up to No.1 in the World Boxing Council’s rankings if he wants a crack at a title. You never know though. They’re both managed by Al Haymon, so it’s possible that Browne could get a title shot against Stevenson. I don’t think Browne is ready for a title shot against Stevenson. Browne arguably lost his last fight last April in beating Radivoje Kaladjdzic by a controversial eight round split decision. Browne was knocked down in that fight in round 6. Browne was given credit for a questionable knockdown in the 1st round.

In the 4th round, Williams Jr. was knocked down by a right hook to the head. Williams Jr. had Browne backed up against the ropes when he was hit with a hook and dropped. While Williams was on the canvas, he was talking to the referee. It was unclear what he was saying.

In round 6, Browne dropped Williams Jr. with a hard right hook to the head. The punch caught Williams Jr. clean and dropped him hard on the canvas.

Williams Jr. looked uncoordinated and not mentally into the fight. It’s surprising that he was able to make it to the 6th because he did not look like he wanted to fight. Browne showed the far better boxing skills of the two. 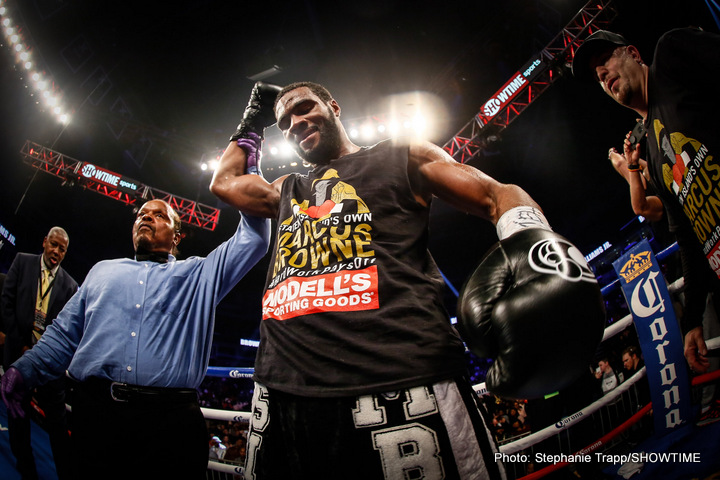