Haye: Eubank Jr. has a chance of beating Golovkin 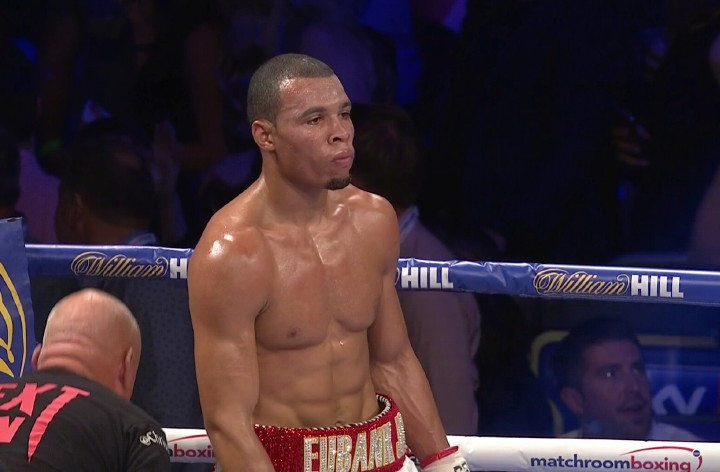 By Jeff Aranow: David Haye sees Chris Eubank Jr. as the only fighter that has the chance of beating IBF/IBO/WBA/WBC middleweight champion Gennady “GGG” Golovkin (36-0, 33 KOs) if the two of them ever meet each other during their careers. Eubank Jr. already passed on the option of fighting Golovkin last year, and I’m not sure whether he’ll get a second chance unless he can become a big star.

Haye said this to Fighthype.com about his thoughts on Eubank Jr. possibly beating GGG:

“Eubank Jr. is one of the best British fighters that doesn’t currently have a world title,” said Haye. “For me, he’s a great fighter. He’s the only guy that can have a chance at beating Golovkin, Triple G. I believe he’s the only guy.”

Eubank Jr. has been facing such poor opposition during his pro career. It’s hard to know how he’d do against anyone good, especially someone talented like Triple G. I don’t see Eubank Jr. lasting long against Golovkin. I think Eubank Jr. is another Willie Monroe Jr. type of fighters, but maybe not even as good as that guy. If you fed Monroe Jr. the fodder that Eubank Jr. has been padding his record with his entire career, I think Monroe Jr. would be unbeaten rather than 23-1 like Eubank Jr.

The fact that Eubank Jr. couldn’t even beat Billy Joe Saunders is an indication of how limited he is. Since that loss, Eubank Jr. has beaten these guys: Tom Doran, Gary O’Sullivan, Nick Blackwell, Tony Jeter, and Dmitri Chudinov. What’s sad is that Eubank Jr. is going backwards rather than forwards by facing increasingly worse opposition with each fight. I know there’s a grand plan for Eubank Jr. to be facing the type of opposition he’s been facing, but it seems like he’s just focusing on padding his record with wins over fluff opponents instead of good opponents.

Eubank Jr. has good boxing skills, but enough punching power to compete with Golovkin, Daniel Jacobs or Canelo from what I can see of him. Eubank Jr. might land some shots against those guys, but he wouldn’t win the fight. He would get taken out. It’s good that Haye believes in Eubank Jr., but it doesn’t mean anything.

The World Boxing Council has ordered a WBC 154lb final eliminator bout between 38-year-old former world champion Ishe Smith and Vanes Martirosyan. The winner of the fight will be the mandatory challenger to WBC junior middleweight champion Jermell Charlo. The winner will be the number two mandatory.

The WBC has given Smith and Martirosyan a deadline of February 20 to get the fight made. If it’s not done by that point, they’ll order a purse bid.

Martirosyan’s losses in the last four years have come against Erislandy Lara in 2016, Jermell Charlo in 2015 and Demetrius Andrade in 2013. His ownly wins during that time frame has come against Smith, Willie Nelson and Mario Alberto Lozano.

Former IBF junior middleweight champion Ishe Smith has lost three out of his last seven fights in the last four years. However, Smith has won his last two fights in beating Frank Galarza and Tommy Rainone. Smith’s losses have come against Martirosyan, Lara and Carlos Molina. The loss to Molina, a 12 round split decision in 2013, resulted in Smith losing his IBF 154b title. 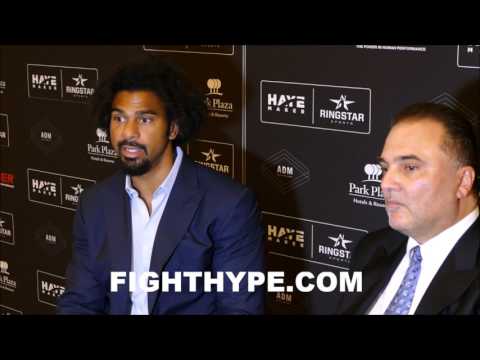