Roach: Crawford could be next for Pacquiao 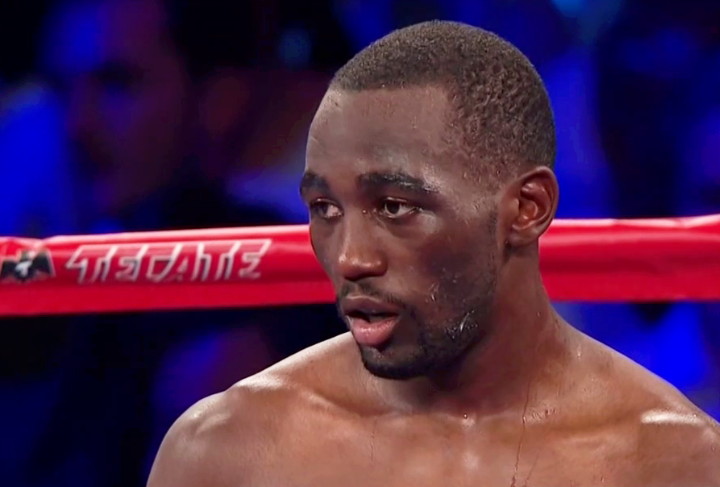 By Eric Baldwin: Freddie Roach, the trainer for Manny Pacquiao, thinks that WBC/WBO light welterweight champion Terence Crawford (29-0, 20 KOs) could be the next opponent for his fighter WBO 147lb champion Manny Pacquiao. While WBO super featherweight champion Vasyl Lomachenko has been mentioned recently by his promoter Bob Arum as a possibility for Pacquiao in 2017, Roach doesn’t see that fight happen.

Roach says that Lomachenko wants an entire year to get ready for Pacquiao, and he sees that as a polite way of saying he doesn’t want the fight. Roach says that Crawford is a real option due to Lomachenko not being ready or willing to take the fight.

Roach is still holding out hope that Floyd Mayweather Jr. returns to boxing for a rematch against Pacquiao. But if that doesn’t happen, then Roach sees Crawford as the best option for the soon to be 38-year-old Pacquiao.

Roach said this to Fighthype.com about Crawford being a good option for Pacquiao:
“Crawford has the best chance,” said Roach when asked who Pacquiao will fight next. “Lomachenko said he wants to fight at 130, and wants one year to get ready for the fight. That’s a very nice way of saying you don’t want the fight. We may end up with a very, very difficult fight. Crawford is a very good fighter. He can move. He’s a great boxer. He’s like a young Mayweather, I feel, but he’s a little better puncher. He’s a dangerous guy. He could be or next fight. If we don’t get a rematch with Mayweather, then that’s a fight we may need to take, because we still have to be on top of the game. We can’t just fight stiffs. We have to fight the best guys out there. I like [Saul Canelo] Alvarez a little bit better, but can I put a cap on how much he gains after the weigh-in? That’s the key. The IBF rule, 10 pounds, something like that. I’m really not worried about that going into the weigh-in. I’m worried about how much he puts on. By fight time, the guy is a light heavyweight. I’d rather fight at 147, of course. We’d love a catch-weight. I think that’s the issue that’s keeping that fight from not happening right away. I’m sure that Golden Boy and Top Rank would love to have that fight, because I think it’s a very competitive fight. We can’t just go out and fight a bum. We have to fight real fights. We want to stay on top. If Manny’s not capable of being on top right now, I’ll tell him to retire,” said Roach.

It’s not up to Roach who Pacquiao fights. That’s up to Pacquiao, his assistant and to his promoter Bob Arum. I don’t think Pacquiao is going to want to fight Crawford if he has to chase after him. Crawford might have hurt his chances for a fight against Pacquiao in his last fight against Viktor Postol. Crawford used a lot of movement in tht fight, and didn’t come forward and brawl with Postol nearly enough.

When asked if he wants to match Pacquiao against unbeaten welterweight contender Jeff Horn, Roach said, “I don’t know him.”

Crawford has a fight this Saturday night against John Molina Jr. on HBO Boxing from his hometown from Omaha, Nebraska. Crawford is expected to win the fight with ease. But if he loses the fight, then he can probably forget about a fight with Pacquiao forever. Pacquiao doesn’t have enough time left in his career to wait for Crawford to rebuild his career, and he’s probably not going to just want to fight him in doing a favor to Arum. Crawford would need to be satisfied fighting whoever Arum can find for him, but Pacquiao likely wouldn’t be an option.