Malik Scott: Too good not to box 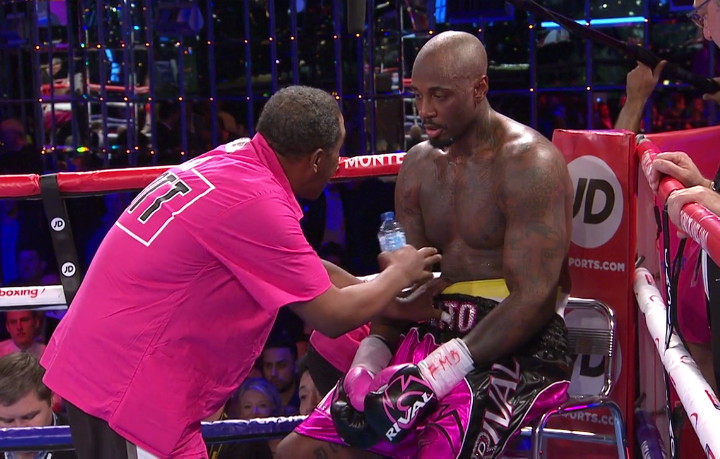 By Gav Duthie: Malik Scott: Too good not to box but too scared to succeed? Last Saturday night, I witnessed one of the meekest, most feeble, timid and frightened performances I’ve ever seen in a boxing ring. Malik ‘King’ or ‘The Noble Artist’ Scott talked his way into a fight with heavyweight bogeyman Luis ‘King Kong’ Ortiz 27-0 (22). You would have thought Malik was fighting the actual King Kong the way he ran around the ring avoiding confrontation.

The main reason for my dismay was that I actually like Malik Scott. He is such a talented fighter and the way he moves, his foot speed and hand speed for a man his size he should be a genuine contender. It’s mentally where his problem lies, he has been boxing for 25 years but he didn’t want to take a punch. Where has it went wrong for Malik Scott, Why was he so reluctant to go out and win and did he expose Ortiz to any extent in his 12 round decision loss.

Always the bridesmaid but never the bride

Malik has been boxing since age 11 and has been talked about as a star from a very young age. He was a sparring partner for Lennox Lewis and was the Junior Olympic champion in 1998. He had an outstanding amateur record of 70-3 yet he lost his most crucial fights. Despite having previous wins over Jason Estrada and Michael Bennett (who both went on to have average at best pro careers) he lost to them both and most importantly the Bennett fight was an Olympic trial. As a result he did not represent the USA at the 2000 Olympics and decided to turn pro the same year. Was this an early indication that he didn’t have the mental capacity to achieve his ultimate goals?

In 8 years from 2000-2008 Scott had raced to a 32-0 record but a bicep injury kept him out of the sport for almost 4 years before he returned in 2012. He won a few more fights and was hard done by in a decision draw against Vyechslav Glazkov before he had his next dangerous test against Derek Chisora.

The first real showing of his frail mind and inferior confidence came against Del Boy Chisora. After he took an overhand right from the Brit in round 6 and Scott took a knee. He was counted out despite looking fine as he rose just as the referee said 10. This may have looked unlucky until he was stopped by Deontay Wilder in round 1 by a punch that landed on Scott’s gloves.

His career looked over but to his credit he didn’t go back to journeyman opposition he took a crossroads fight defeating fellow nearly man Alex Leapai and then outpointed Tony Thompson getting off the canvas to do so. When he agreed to fight Ortiz it looked like he was back on track.

The rest is history as they say. Scott went into the fight with the dangerous Cuban with no ambition, desire or will to win. As aforementioned he ran like he was fighting the real King Kong or a reincarnated prime Sonny Liston as opposed to a fellow prospect. Some say Ortiz was exposed, He should have knocked him out, or cut off the ring but I disagree. Its one thing having a tight defence or using movement to create angles to counter punch or jab but Scott just ran, plain and simple. Ortiz is an aggressive fighter but he looks for opportunities to counter. He has fast hands but not fast feet. This could actually be good for Ortiz because it might make others more willing to fight him.

He genuinely seemed pleased at not getting knocked out. If he wants to he can continue as a gatekeeper fighter but thats it. Before Saturday guys like Tony Thompson, Derek Chisora and Dillian Whyte said he had the skills to beat Ortiz. People have always believed in Scott, right back to his sparring days, those beliefs will now surely have faltered. He boxes because he is too good not too but at this stage he will likely never achieve anything.

Ward’s trainer: Andre has the power to KO anyone »