Golovkin may need to move to 175 says Roach 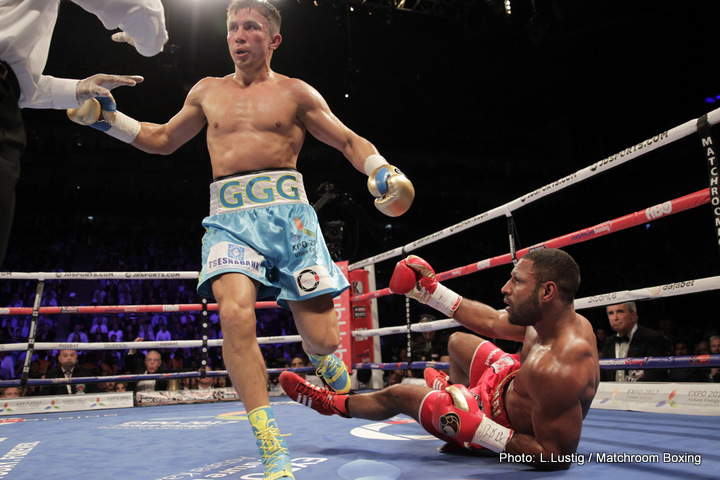 By Dan Ambrose: It’s widely known that middleweight champion Gennady “GGG” Golovkin is having problems getting the top middleweights to fight him right now. There are only three fighters – Saul Canelo Alvarez, Daniel Jacobs and Billy Joe Saunders that are worth fighting right now at 160 for Triple G.

It might take Golovkin years to get all or some of them to fight him. Trainer Freddie Roach feels that Golovkin should move up to the light heavyweight division (175) in order for him to get better fights and more recognition in the boxing world.

Roach doesn’t see there being enough big names for Triple G to fight right now at 160, and he sees Canelo Alvarez as being protected by his promoters at Golden Boy.

“I still think Triple G is pound-for-pound the best fighter in the world,” said Roach to Fighthype.com. “Everyone says he hasn’t fought anybody and so forth. The thing is he’s beaten everyone that’s there. There’s not a lot of competition in that weight division right now. I think he might have to go up to 175 to get more recognition. I think he’s a very good fighter. I thought he fought really well in that fight [against Kell Brook]. It was a decent fight. His [Golovkin] defense isn’t as good as I thought it was. He does get hit a little bit more. I know his trainer [Abel Sanchez] says he gets hit on purpose so he can draw a guy into a fight so forth. I don’t think it’s in today’s market to take punches to draw in a guy to get him close so you can knock him out,” said Roach.

What Roach isn’t saying is that he wants his fighter Pacquiao to fight Canelo. It helps Roach potentially with Golovkin out of the picture.

When asked about whether a fight between Golovkin and Canelo is possible, Roach said, “Canelo is getting better and better, but I don’t see that fight happening right away, because I think Golden Boy is trying to protect their cash cow. They don’t have another one. Since Cotto, I didn’t expect him to be that good. He’s getting better and better in each fight. I think his people are doing a great job. Like I said, fight Manny Pacquiao. Don’t gain 100 pounds after the weigh-in. We’ll see. I love that fight,” said Roach about a fight between Pacquiao and Canelo. 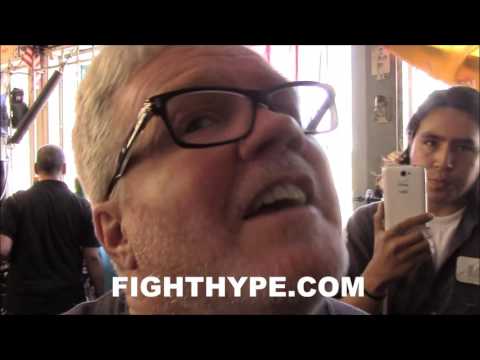