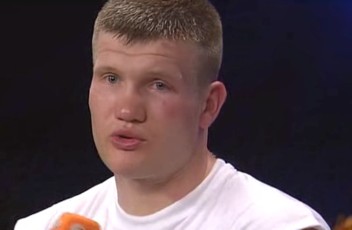 By Scott Gilfoid: Heavyweight talent Joseph Parker (20-0, 17 KOs) will be looking to get out of the way the last obstacle that stands in his way before fighting IBF heavyweight champion Anthony Joshua when he faces German based Alexander Dimitrenko (38-2, 24 KOs) this Saturday night in a stay busy fight at the Vodafone Events Centre in Manukau City, New Zealand.

There’s still a chance that Parker might wind up facing 33-year-old David Price in his next fight, but I tend to doubt it. Matchroom Sport promoter Eddie Hearn seems to want to put Joshua in with Parker on November 26. What could change this is if Hearn can get Wladimir Klitschko as Joshua’s opponent for the November 26 date.

For that to happen, one or more of heavyweight champion Tyson Fury’s WBA or WBO titles will need to be stripped from him and put up for grabs for Wladimir and Joshua to fight over for the November 26 date.

I doubt that we’re going to be able to find out anytime soon whether the WBA or WBO straps are going to be stripped from Fury and made available for Klitschko and Joshua to fight over.

I’d say right now, Parker is at the top of the list for Joshua’s next opponent on November 26. Hearn needs to make a public announcement by next week for Joshua’s next opponent. Hearn can’t wait because the fight is going to be televised on Sky Box Office pay-per-view, and the tickets will need to go on sale for the fight. Hearn obviously wants to get as many buys as possible for Joshua’s fight, and he of course will want it to be a sellout. That means Hearn has got to go with the safe pick, which would seem to be Parker.

In Parker’s next bout, he defeated 40-year-old fringe contender Solomon Haumono by a 4thround knockout last July. Parker’s fight this Saturday night against the 34-year-old Dimitrenko would seem to be a step down from the last two opponents, but it’s understandable because he’s got the title shot against Joshua right around the corner. You wouldn’t expect Parker to take on a real threat with a fight against Joshua potentially two months away on November 26.

I wouldn’t call Dimitrenko a real tough challenge for the 24-year-old Parker, considering that the 6’7” Ukrainian has only fought two good opponents during his entire 15-year pro career in Eddie Chambers and Kubrat Pulev, and he was badly beaten by both guys.

The rest of the guys that Dimitrenko has fought have been largely B and C level opponents. Dimitrennko has only had the two instances during his career where he stepped it up against Pulev and Chambers, and both fights were disasters for Dimitrenko.

Parker will likely easily knockout Dimitrenko in five or six rounds. The ending could come as easly as the 2nd round if Dimitrenko gets near enough to Parker to get nailed by one of his big uppercuts. If that happens, then I see the fight ending fast.