Spence: A fight against Crawford could happen in future 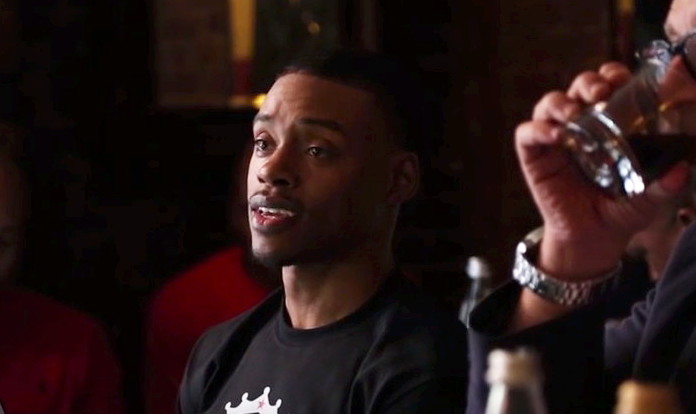 By Chris Williams: Unbeaten #2 IBF welterweight contender Errol Spence Jr. (20-0, 17 KOs) says he’d be open to fighting WBC/WBO light welterweight champion Terence Crawford in the future. Crawford, 28, is still fighting in the 140lb division, so that would be a problem for the short term. If and when Crawford moves up to the welterweight division in the future, then there’s a possibility that he could mix it up with the hard hitting Spence.

It would depend on Crawford and more importantly his promoter Bob Arum. He would need to be willing to make a deal with a promoter outside of his Top Rank organization for that fight to take place.

Spence, 26, has a fight this Sunday, August 21, against Leonard Bundu (33-1-2, 12 KOs) in an International Boxing Federation welterweight eliminator at the Ford Amphitheater in Coney Island, in Brooklyn, New York. If Spence wins that fight, then he’ll be the mandatory challenger for the IBF title. This means that Spence could fight Kell Brook, the holder of the IBF title, or he could fight someone picked out by the IBF for the vacant belt if Brook vacates or has it stripped from him.

For Spence and Crawford to fight, it would require that Spence’s promoters and Crawford’s promoters to work together to make this fight happen. I’d like to think that they would see the big picture and realize that they need to be able to make fights like this in order to put together the best fights for the boxing public, but I don’t see it happening. If it does through, I think Crawford would have problems with Spence’s punching power, pressure and body punching. It could turn into a really boring fight with Crawford running around the ring for 12 rounds to avoid getting hit by Spence’s powerful body and head shots.

With Spence, you’re not talking about a simple fighter like we saw with Crawford’s last opponent Viktor Postol. Spence is has more variety, he’s much more powerful, and he’s a pressure fighter. Crawford would be reliving the 12th round with Postol in a fight against Spence, but it would be far, far worse for Crawford. He would be getting hit with knockout punches instead the weaker shots that Postol was throwing. Could Crawford handle the power from Spence and counter him all night to get a win? I doubt it. I don’t think Crawford would be willing to stay in the pocket after the first hard shot from Spence. 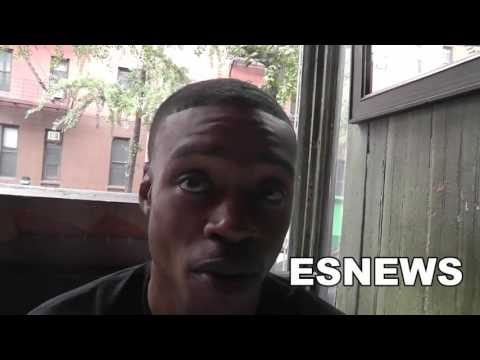 I think Crawford would be purely running and looking to land pot shots in a nearly unwatchable fight. For those boxing fans that don’t like to watch guys like Guillermo Rigondeaux fight, they would likely be very unhappy to see Crawford running around the ring to avoid getting bludgeoned by Spence in every round. That’s why I think it’s better for Crawford to stay in his own lane by remaining at 140, because there aren’t any killer punchers in that weight class like Spence.

The light welterweight division is absolutely barren of talented fighters now that guys like Lamont Peterson, Danny Garcia and Adrien Broner have all moved up to welterweight. The guys that are remaining make it easy for Crawford to win for a long time to come in easy fights. I think there are enough talented fighters in the 140lb division for Crawford to become a star, but we’ll have to see. It’s always possible that Crawford can still become a star despite his promoter Bob Arum putting him in with non-stars like Dierry Jean, Postol, Thomas Dulorme and Raymundo Beltran.

The only question that you have to ask about Crawford in moving up to welterweight to fight guys like Spence, Keith Thurman and Danny Garcia is whether or not is Crawford rugged enough to fight in this weight class. I don’t know if he is. I would have to say that Spence is too big and too strong for Crawford. But it might not be an issue if his promoter Arum decides not to match Crawford against Spence because he’s with another promoter.

If Crawford moves up to welterweight and only fights Arum’s fighters, then we could see him fighting the likes of Jessie Vargas, Jose Benavidez, Brandon Rios, and possibly Tim Bradley in a series of fights. If you take Bradley out of the equation, since he’s Crawford’s friend, he wouldn’t have any options available to him if Arum doesn’t match him against non-Top Rank fighters. He might as stay at 140 if all Crawford is going to fight is Vargas, Benavidez and Rios at 147. Those aren’t big enough fights for it to be worth it for Crawford to move up in weight to welterweight.

In my view, I see Crawford and Spence going in different directions. I think Spence WILL be a huge star at welterweight division in the future once he’s beaten guys like Danny Garcia, Keith Thurman and Shawn Porter to clear out the 147lb division. I think Spence is the replacement for Floyd Mayweather Jr. to become the new star in the sport. As for Crawford, I don’t see him becoming a star like Spence unfortunately. I see Crawford as the replacement for Tim Bradley, who is getting up there in age. I think Crawford will be that kind of a star, but not a pay-per-view guy in the true sense. Crawford has the potential of becoming a star with the right kind of CONSISTENT match-making against quality opponents, and with coaching to change his current fighting style. If Crawford is willing to become a more crowd-pleasing fighter in the mold of Gennady Golovkin, I think he’s got the potential to be a star. However, it will still require for Crawford to be matched against much better opposition than what we’ve been seeing from his promoters at Top Rank. Crawford just finished eating through two years of his career fighting the likes of Postol, Dierry Jean, Beltran, Dulorme and Yuriorkis Gamboa. Those aren’t nearly good enough fighters to turn Crawford into a star. He needs to fight quality guys that are known to the boxing public, relevant, and worth fighting. I wish I could say that Crawford is going to be matched up against those type of fighters, but I can’t because I don’t see it happening. I think Crawford is going to wind up spinning his wheels for the next two or three years with Top Rank fighting the little known contenders at 140. They’ll definitely be contenders, but they won’t be well known to the casual fans in the sport.

Yeah, Arum can stick Crawford on pay-per-view in a ‘if you build it, they will come’ type of thing, but I don’t see it leading to the boxing world deciding that they’re going to pay to watch Crawford. I think Crawford will become a PPV attraction for a variety of reasons. A. I doubt that Arum will consistently match Crawford against the talented fighters that he needs to in order to make him a star B. Crawford’s fighting style is not nearly exciting enough for him to become a star in my opinion. Running around the ring, counter-punching, and not trying to step on the gas to get knockouts is not exciting to watch in my view. We saw that from Crawford against Postol.

I think Spence has a rosier future outlook than Crawford for the following reasons: A. Spence has what I feel is a more crowd-pleasing fighting style due to the way he pressures his opponents and looks for knockouts. B. Spence has a lot of great potential options for fights against the likes of Thurman, Porter, Danny Garcia, Amir Khan, Andre Berto and Robert Guerrero. C. Spence is willing to take shots to try and score knockouts to please the boxing fans. I don’t see that from Crawford. We what Crawford did against Postol in the 12th round when he had the option of going for a knockout. Crawford got on his bike and stalled out the round rather than looking to end the fight.

There is a chance that Crawford and Postol could fight each other in the future, but like I said, I do see it happening, ever.