Hearn expects Quigg to be Frampton’s next opponent 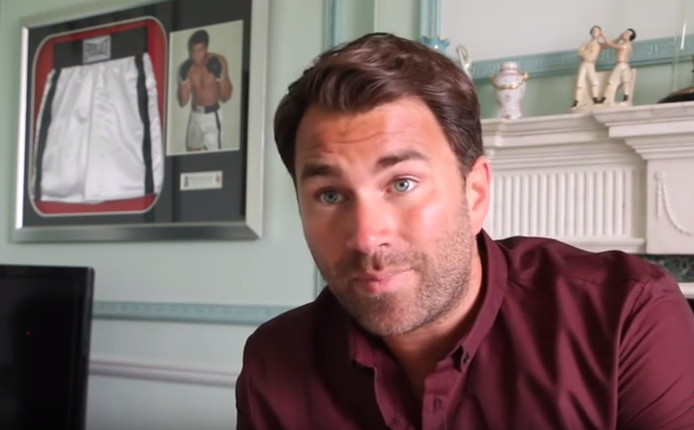 Hearn won’t get into the details of why he believes that Quigg will be the one that faces Frampton next, but suffice it to say, he appears to be very, very confident that he’ll be getting his way. Frampton beat an injured Quigg by a 12 round split decision last February in a fight that could very well have gone the other way or at the minimum have been scored a draw.

I had Quigg winning the last six rounds of the fight. Normally that would mean a draw, but Frampton has been awfully lucky lately. We saw the same luck last Saturday night with Frampton winning a controversial 12 round majority decision over Santa Cruz at the Barclays Center in Brooklyn, New York.

I watched the fight with the sound turned off on my television and I scored it 117-111 for Santa Cruz. I couldn’t give Frampton more than three rounds in the fight because he was out-punched in the entire fight. Santa Cruz threw more punches and landed more.

“The Quigg has to happen. We’re going to push for that fight,” said Hearn to IFL TV. “We believe we’re in line for that rematch. I won’t go into that, and don’t ask me another question about it.” 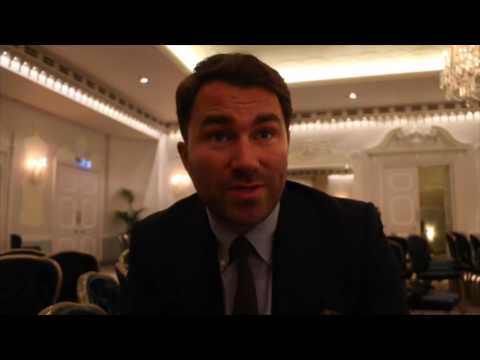 If Quigg gets the rematch against Frampton next rather than Santa Cruz, then I see that as a bad deal, because the guy that was just robbed was Santa Cruz. He should be the one that fights Frampton next because of the controversy surrounding the poor scoring of the fight. Santa Cruz was good enough to agree to fight Frampton in New York, where there were a huge amount of Frampton’s fans.

Having a rematch take place in Los Angeles, California would be the fair thing for Frampton to do, because he was given a clear advantage with the fight being staged in New York last Saturday night against Santa Cruz. Frampton was the A-side in the fight despite him coming into the fight as the challenger. Santa Cruz clearly was the B-side in the promotion. If Santa Cruz was the A-side, then he would have never agreed to fight in New York. I think it’s clear that if Santa Cruz had turned down New York as where the fight would be staged at, he might not have gotten the fight and the payday that went with it.