It remains to be seen whether the Santa Cruz vs. Wood fight will take place, as it will need to be negotiated, and it’s difficult to foresee PBC letting Leo fight in the UK.

If the Santa Cruz-Wood fight goes to a purse bid, Eddie Hearn’s Matchroom Boxing promotions have deep enough pockets to win and then try to stage the fight in the UK.  It’s not likely to fly with PBC or Santa Cruz’s team.

Santa Cruz (38-2-1, 19 KOs) already had a bad experience losing a controversial 12-round majority decision to Carl Frampton in a fight that many boxing fans felt was a robbery in 2016.

Although the contest took place in the U.S in New York, the fans were pro-Frampton. In the rematch, Santa Cruz avenged his loss by beating Frampton in neutral territory in Las Vegas.

Santa Cruz has arguably chosen the path of least resistance because he wanted to face newly crowned WBC featherweight champion Rey Vargas in a unification fight.

Though the WBA rejected his team’s request to take the fight with Vargas next instead of Wood, Santa Cruz, 33, could have vacated the WBA belt and challenged Rey for his WBC belt as a challenger.

However, that would likely be a much more brutal fight for Santa Cruz than facing the 33-year-old Wood, so it’s not a shock that Leo has opted for the easier match. Once Santa Cruz gets Wood out of the way, he can still face Vargas in a unification,

Santa Cruz is coming off a 10-round unanimous decision win over little-known Keenan Carbajal in a tune-up level fight last February.

Before that match, Santa Cruz had been out of the ring for a year and a half since losing to Gervonta ‘Tank’ Davis by a sixth-round knockout in October 2020.

In his only defense, Wood struggled badly against Michael Conlan before stopping him in the 12th round last March. Wood looked terrible in that fight and would have lost if not for Conlan tiring out.

Wood (26-2, 16 KOs) won the WBA secondary featherweight strap by stopping then champion Can Xu by a 12th-round knockout last year in July. Leigh used a straight arm the entire fight to keep the shorter fighter from getting near enough to him to let his hands go.

Wood held his lead left hand out in front of him, using it as a stick to keep Xu from getting his punches off. It’s unclear why the referee didn’t warn or penalize Wood for this tactic because it’s against the rules. 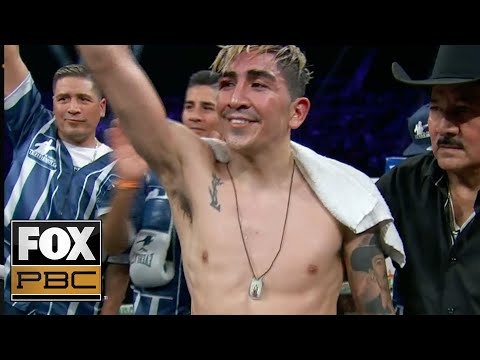 WBO orders Demetrius Andrade to defend against Janibek Alimkhanuly next »