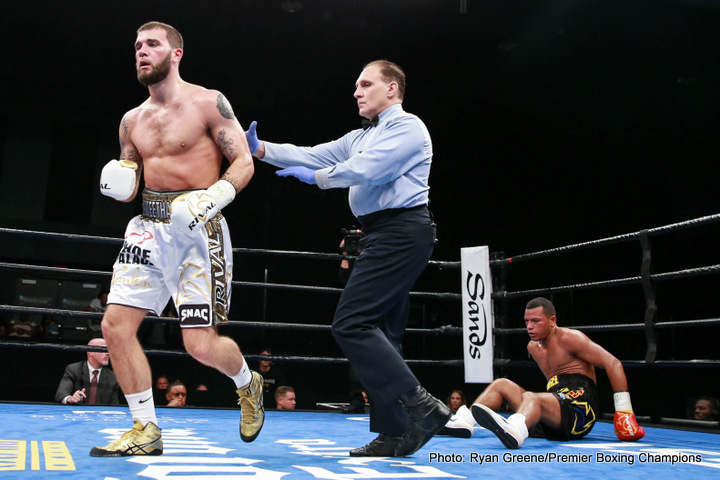 By Eric Baldwin: Unbeaten super middleweight prospect Caleb Plant (14-0, 10 Kos) dominated an over-matched Juan De Angel (18-5-1, 17 KOs) in beating him by a lopsided 10 round unanimous decision on Tuesday night on Premier Boxing Champions on Fox Sports 1 at the Sands Bethlehem Events Center in Bethlehem, Pennsylvania. The final judges’ scores were 100-89, 100-89 and 100-89.

The 6’1” Plant was able to out-box and out-slug the 29-year-old De Angel with ease in every round. It was mostly one-sided from start to finish with the 24-year-old Plant landing when and where he wanted. De Angelo couldn’t do much other than to plod after Plant and swing wildly to try and connect with something big.

Plant looks decent for a prospect, but there are a lot of un-answered questions about him. He’s doing the job on the over-matched opposition he’s been facing thus far, but he’s going to need to raise his game considerably to compete with the current champions Gilberto Ramirez, Badou Jack and James DeGale. 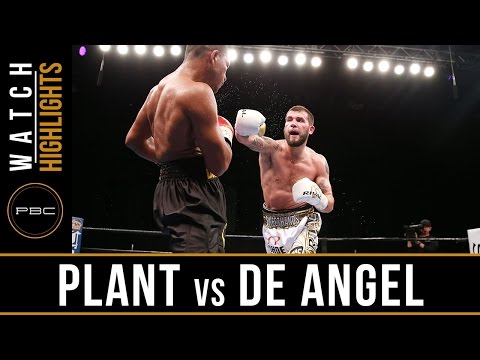 In the co-feature bout on the card, welterweight David Grayton (14-1, 10 KOs) defeated Kareem Martin (8-1-1, 4 KOs) by an 8th round knockout. Grayton knocked Martin down in the 8th. After Martin got back to his feet, Grayton unloaded on him with a flurry of shots until the referee stepped in and halted the fight before Martin could be seriously hurt.

Pacquiao vs. Vargas: Did Kellerman rush to write off the fight? »