Brook: I’ll do what I want against Golovkin 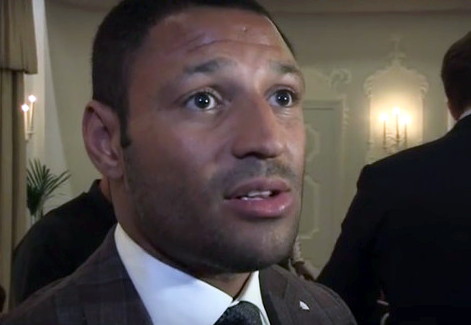 By Scott Gilfoid: Kell “Special K” Brook has got to be one of the most confident fighters that you’re ever going to see in the sport. Brook (36-0, 25 KOs) has never tasted defeat in his career and has looked good in blasting out 25 of his 36 opponents he’s faced thus far. Brook is about to test himself against the premier knockout artist in the middleweight division Gennady “GGG” Golovkin (35-0, 32 KOs), who will be trying his best to put a halt to Brook’s success.

Brook doesn’t care that Golovkin is the best at 160, because he’s seen something in his fighting style that he believes he can take advantage of on the night when the two of them meet inside the ring on September 10th at the O2 Arena in London, England.

”I’ll do what I want, when I want, as often as I want in this fight. I’m always looking to knock my opponent out. I visualized the knockout already against this guy,” said Brook to skysports.com about Golovkin.

Oh my, I do think Brook is having delusions of grandeur. I think Brook needs to get his feet back onto solid earth because he’s really out there in outer space with his thinking process. The Brook machine doesn’t realize that it’s totally over-matched in this fight against GGG. It’s sad really, because someone needs to give Brook the straight scoop to let him know what he’s up against in this fight.

So, Brook will be able to do what he wants, when he wants against Golovkin, ay? Well, I’ve got to see that. It sounds like Brook is lumping Golovkin in the same mix as the fine welterweights that he’s built his 36-0 resume on. The one problem that I see Brook having in this fight is that Golovkin is a little bit different from the likes of Bizier, Hatton, Jo Jo Dan, Alvaro Robles, Saldivia, and Vyacheslav Senchenko.

I’m not sure that Golovkin is going to fold up quickly like many of those past Brook opponents did when he started hitting them with shots. Golovkin will still be there after the first four rounds and he’ll be hitting Brook with painful shots that he’s never been hit with before. It doesn’t matter who Brook brings as his sparring partners to get him ready for what he’s going to be facing against Golovkin on September 10, there’s no one that can adequately prepare Brook for this fight. I mean, maybe if Brook gets a light heavyweight with huge power to come and spar with him, then it’s possible he can get someone with the same power as GGG. Other than that, Brook is going to be flying by the seat of his pants against Golovkin without any experience in fighting someone like this. 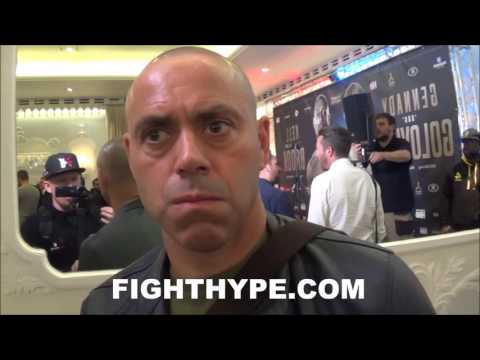 Yeah, we all know about how welterweight Sugar Ray Leonard moved up from the welterweight division to beat former middleweight world champion Marvin Hagler in 1987, but this is different. Hagler didn’t punch like Golovkin. Hagler was one of those guys with good power that would wear down his opponents over the course of his fights. Hagler was never a true knockout artist like Golovkin. Even welterweight Tommy Hearns appeared to have better punching power than Hagler. Further, Hagler was arguably robbed in the Leonard fight, because many boxing fans thought he got a raw deal against a very, very popular Leonard.

Of course, every fight involves a lot of thinking and such, but Brook is fighting a guy with a very high boxing IQ in Golovkin. It’s not as if Brook is going to be able to think his way to a win over Golovkin. This isn’t that type of opponent.

Golovkin is taller, with a much better jab, and far more punching power in either hand. Golovkin is also a body puncher, and Brook hasn’t faced a body puncher as of yet. This will be the first fight of Brook’s career where he faces someone that can throw to the body with major power. Brook’s chin is questionable, as we saw in his first fight with Carson Jones and with Senchenko. Brook will not only have to worry about taking head shots, but he’ll also need to be concerned with the hard body punches he’s going to be getting hit with in this fight and I’m not sure that he’s going to be able to able to take those punches for long.

The mumbo-jumbo that Brook is spouting about him visualizing a knockout win is meaningless, because it’s just a distorted movie that is playing around inside his own head. On September 10, Brook will be in the ring with a real person in Golovkin and it’s going to be reality, not some cartoon that Brook has thought up inside his head. Brook shouldn’t let his trips get to him by thinking about the fight ahead of time. He needs to go in there without any ideas of what it’s going to be like ahead of time. At least if Brook doesn’t have all these crazy notions clouding his head, he can react to the different things Golovkin is doing inside the ring. I don’t think it helps for Brook to be doing too much thinking ahead of time. Golovkin is likely going to be going after Brook from the 1st round, looking to take his head off with every shot. If anything, Brook needs to be thinking of how he can survive the 1st round, because I think there’s a very good chance the fight ends immediately once Golovkin nails Brook with a hard head or body shot.

It’s not going to help Brook if he tries to run in this fight because he’s horrible at moving around the ring. Compared to some of the gazelle’s with fast feet that Golovkin has fought in the past, Brook is painfully slow, and moves like he’s slogging through a patch of quicksand. Believe me; Golovkin is going to have no problems whatsoever catching up to Brook inside the ring should he think of running from the Kazakhstan fighter. You don’t run from Golovkin, I think we’ve learned that. You have to fight him tooth and nail otherwise you get caught and blasted into eternity. Besides that, it looks bad when a fighter tries running from Golovkin and still gets caught and knocked out. I think it would be far better for Brook to stand in the center of the ring and go down with his ship proudly by fighting in a brave way rather than scurrying around the ring from the word go.