Ward is favored at-10000 by Bovado with Brand at +1600. The interest in the fight has been minimal at best. It’s unclear why HBO gave Ward the green light for this mismatch, because he’s already had two easy fights in his last two bouts against Sullivan Barrera and Paul Smith.

HBO recently signed Ward to a multi-fight deal. You would think with HBO signing a deal with Ward, they would only televise his fights if he were to fight high quality guys like Artur Beterbiev, Joe Smith Jr., Jean Pascal or Oleksandr Gvozdyk, but it looks like they’re going to give Ward a break by televising this mismatch.

If Ward wins, he’ll be facing IBF/WBA/WBO light heavyweight champion Sergey Kovalev on November 19 on HBO PPV. That’s the fight that the boxing world wants to see, not fights between Ward and over-matched old guys like Alexander Brand or recently twice between Paul Smith. Fans want to see Ward fight Kovalev, because it’s an interesting fight on paper. It would be Ward’s first big fight since 2011, when he beat Carl Froch in the Super Six tournament finals.

According to Kovalev’s trainer John David Jackson, Brand was a fighter that was willing to agree to the money offered by Ward’s management. Jackson doesn’t think Brand is going to be getting a lot of money to fight Ward. Roc Nation Sports, the promoters for Ward, have been targeting Brand as an opponent for Ward since 2015, so there’s something about him that they saw that the rest of the boxing world hasn’t seen.

There’s not great deal of interest in Brand from the casual boxing fans in the U.S, which is probably why there hasn’t been a lot of excitement about the Ward vs. Brand fight in the last month. It’s unclear whether Roc Nation Sports realized that fans wouldn’t be interested in a fight between Ward and Brand. In hindsight, Roc Nation Sports probably should have found someone with a bigger name and better resume for Ward to fight, because Brand is so far off the beaten track in terms of being a viable opponent for Ward, which it’s made it hard for fight fans to get energized about this fight.

At least with Kovalev, he took on a top 10 contender in Isaac Chilemba in his tune-up fight recently, and it was a decent fight on paper that fans were marginally interested in seeing. Roc Nation Sports should have gotten Joe Smith or Beterbiev as Ward’s opponent instead of getting 39-year-old Brand for the fight, because it would have helped drive interest in the Kovalev fight for November. The best way to create interest in fights is to face the best opposition. In the case of Ward, he’s not facing the best opponent in Brand, and I think that’s unfortunate because it’s a missed opportunity.

Brand will be turning 40 in January. He recently beat Medzhid Bektemirov by a very close 10 round split decision last year in December. The fight showed all of Brand’s limitations on defense, as he was hit early and often by the 28-year-old Russian Bektemirov. The fight easily could have gone the other way with Bektemirov winning.

Ward doesn’t look like the same fighter that he once did since coming back from a long tw year layoff. The movement is gone and his hand speed has slowed. His power has never been impressive, but it appears to be weaker as well. Ward’s arms look thinner to me, as if he has muscle atrophy. Supposedly, Ward has been working out during his time out of the gym, but he doesn’t look like he did enough because he looks nothing like the fighter he was in the Super Six tournament. I’m not sure that Ward will be able to get back to the fighter that he once was no matter how often he fights. I think the time off from the sport has eroded his skills behind the point of no return. I’d be very surprised if Ward is able to get back to where he was skills-wise in time for his fight against Kovalev. 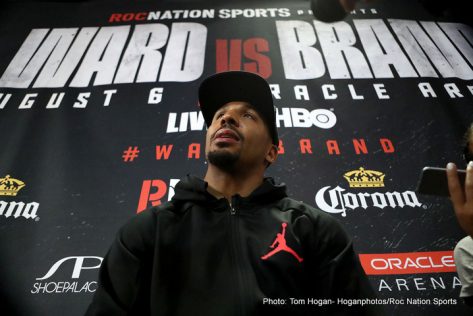 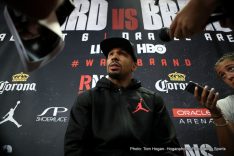 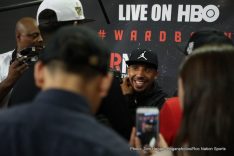 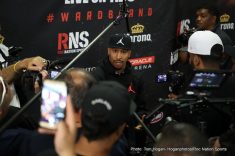 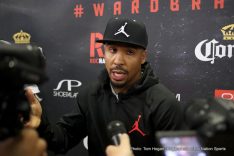 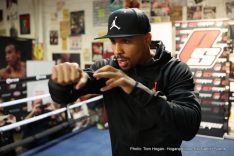 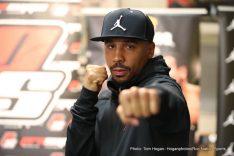 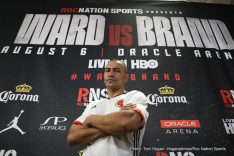 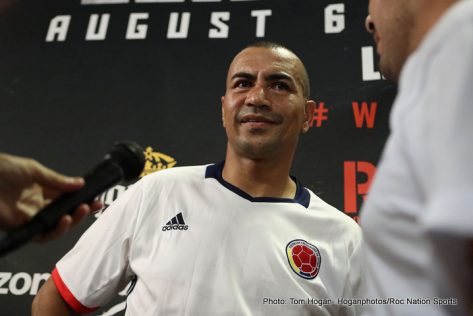 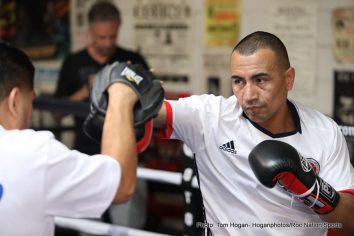 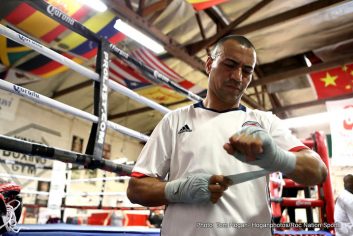