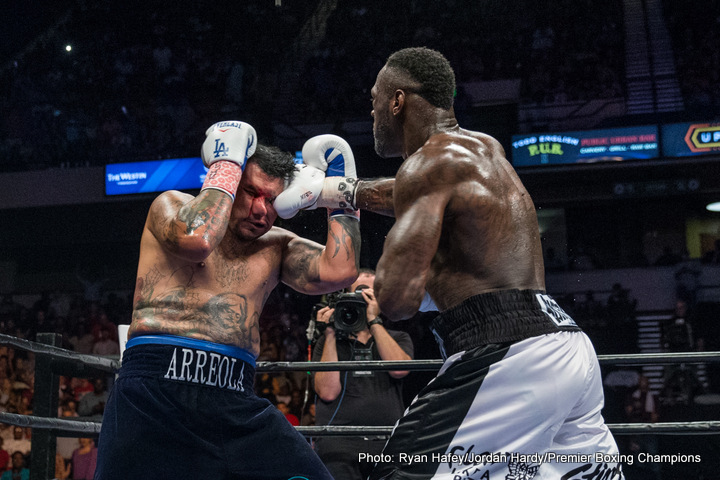 A mostly one-armed Wilder battered Arreola for eight rounds until the fight was stopped by Arreola’s corner after round eight at the Legacy Arena in Birmingham, Alabama.

The ratings numbers for Wilder-Arreola didn’t do quite as well as the fight earlier this year by unbeaten welterweight Danny Garcia and Robert “The Ghost” Guerrero on January 23. That fight averaged 2.24 million viewers. Garcia defeated the 33-year-old Guerrero to win the vacant WBC welterweight title that had previously been in possession of Floyd Mayweather Jr. for a number of years. The thing that Garcia vs. Guerrero had going for it that the Wilder-Arreola match didn’t have is that it was a competitive match-up on paper.

Fans were interested in seeing the Garcia vs. Guerrero fight because it was a fight that was an interesting match-up, even though there are clearly better contenders and champions in the 147lb division than either of these guys. Wilder vs. Arreola was a terrible mismatch the moment the fight was made. To show you how much of a mismatch it was, Wilder suffered a broken right hand and torn bicep in round four. He was able to dominate Arreola with just his left hand the rest of the way until getting the 8th round stoppage.

After a torn muscle, two dislocated fingers and bending the pin in my hand into a "V" shape in the 3&4 round I still fought thru the horrible pain. I'm the toughest Champ I know straight up but I appreciate all the prayers that's been sent up🙏🏾 thanks so much and love you guys✊🏾

The 35-year-old Arreola used to be a fairly decent fighter earlier in his career seven years ago, but he appears to have lost a large portion of his game due to the combination of aging and the wear and tear of a long career. 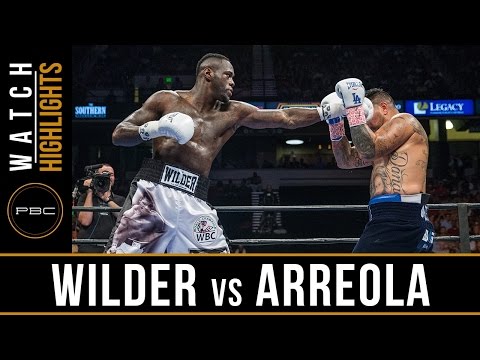 Wilder is capable of bringing in big ratings against the right opponent. He needs to be facing better fighters than the last three guys he’s faced in Arreola, Artur Szpilka and Johann Duhaupas. If Wilder’s promoters would match him up against someone like Luis Ortiz, Wladimir Klitschko, Tyson Fury or Anthony Joshua, we would likely see large improvements in his ratings numbers. But if they’re going to continue to have him fighting overmatched guys like he’s been doing in his last four fights, then his ratings are going to suffer because fans know a mismatch when they see one.

Wilder, 6’7″, will be out of the ring until 2017 with his hand and biceps injuries. Both of them will require surgery and extensive rehab for him to come back from them. Wilder had had really bad luck with his right hand injuries because the third time he’s broken that hand. It was just last year that Wilder broke his right hand against Bermane Stiverne. If you look at how Wilder throws punches, it’s not surprising that he’s suffering hand injuries because he’s not throwing straight punches the way that highly skilled fighters do. He’s throwing wild shots in a windmill fashion.

On April 30 of this year, the long awaited rematch between Andre Berto and Victor Ortiz averaged 1.6 million viewers.