Pacquiao to take down Top Rank? 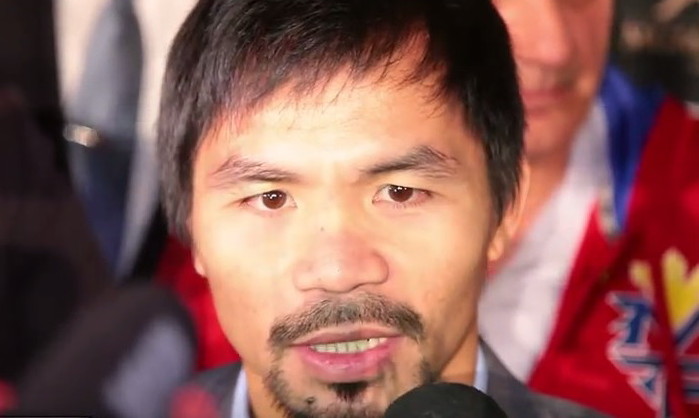 By Leigh K. Seto: Top Rank promoter Bob Arum has been one of the single most influential figures in Boxing for decades. He has had run-ins inside and outside of ring. He has helped shaped the careers of many Legends in the ring Muhammad Ali, Oscar De La Hoya, Floyd Mayweather and Manny Pacquiao to name a few. He has made himself and his fighters very rich along the way. He graduated from Harvard Law and was hired by then President Kennedy to join his legal staff. Needless to say, Bob is a pretty smart guy.

Bob orchestrates the soap opera of boxing like a brilliant puppet master, choosing the right fights to keep his top fighters winning or matching his top fighters against each other so he wins either way. It’s not always popular, but its good business. The Manny Pacquiao vs. Terence Crawford fight has a similar story line to the not so distant past.

THE PASSING OF THE TORCH through the years. Julio Cesar Chavez Sr. lost to De La Hoya, De La Hoya lost to Mayweather, De La Hoya lost to Pacquiao and now Bob is expecting Crawford to beat Pacquiao. It’s possible that in Arum’s perfect world Crawford KO’s Pacquiao with a dramatic finish. Then Top Rank’s new era begins with his new young talent. There is a problem with this scenario though. Pacquiao will not go gentle in that good night.

Pacquiao could have retired 5 years ago and walked into the boxing Hall of Fame. With wins over Marco Antonio Barrera, Erik Morales, Ricky Hatton, Del La Hoya, Shane Mosley, Miguel Cotto, Juan Manuel Marquez and Margarito all of which will probably be in the Hall of Fame themselves. His legacy is cemented regardless of popular and unpopular opinion of him. Over the last 6 years there has been a major drop in his knock out wins, which as a fighter will not win you any new fans. The issue hasn’t been a loss in power; the reason is largely due to him moving up one division too high. Now that is how he can throw the hypothetical wrench in the Top Rank machine. Pacquiao has not shown any decline in the ring. Mayweather is hard for anyone to hit and Marquez is one of the all-time best little men.

Mayweather had to run for his life in that fight, because if he dared go toe to toe with Pacquiao, Manny knocks him out. In the Marquez fight, besides a miraculous perfectly timed punch in the 6th round, Manny was hurting and dominating Marquez up to that point. So in his next fight against Crawford, he will go down to his more natural weight of 140 pounds. We will see the long lost explosive power come back. At 140 pounds, Pacquiao is a monster. Yuriorkis Gamboa was able to dominate Crawford for the first 4 rounds and had him out on his feet at one point in their fight. Pacquiao is just as quick as Gamboa with much more size and power.

If my the outcome for this fight is correct, it leaves Top Rank with a ready to retire champion in Pacquiao and his young fighter going to the back of the line in fan popularity. The other problem Top Rank has is his small stable of fighters without any stars. This makes the Crawford/Pacquiao fight an all chips are in fight for Top Rank. Other stars Mike Garcia and Julio Chavez Jr have already left Bob. Al Haymon and his Premier Boxing Champions (PBC) stable are getting bigger and bigger every year. This November fight could be the retirement of two people. Pacquiao and Arum in my view.