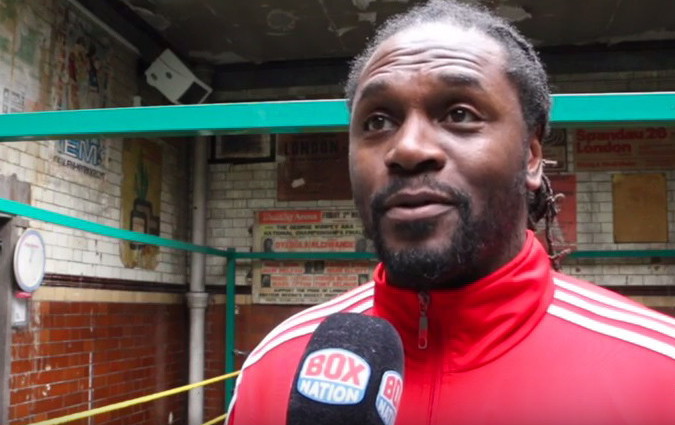 Harrison thinks it will come down to hunger and motivation for the 27-year-old Fury. If he’s hungry and motivated like he was in the first fight with Wladimir, then he’ll beat him easier in their rematch. Harrison thinks it can be easier for Fury because he’ll be fighting in his own hometown in front of his fans at the Manchester Arena in Manchester, UK.

Harrison says it’s normally easier fighter fighters to beat someone that they’ve before. However, in this case, Fury barely beat Wladimir in their first fight, and that was with Wladimir not throwing punches.

As terrible as Wladimir’s punch output was last November, it wouldn’t be hard for him to improve his punch output by 90 percent. When you’re talking about a fighter that was throwing five to six punches per round like Wladimir was in the first fight, it takes nothing to improve that total.

“He had the confidence and the swagger to pull it off,” said Harrison to IFL TV about Fury beating Klitschko last November. “No one can really take that away from him doing something that no one had been able to do for 10 years. He had the self-belief, the confidence, and the game plan. He used the feint; basically the jab and the feint, which is like old school fundamentals. Klitschko didn’t know what to do. That was what really won him the fight. He had the feint and he had the movement, and really, Klitschko couldn’t trigger, because every time he would do a feint, you get the guy off the line. Basically, he did that the whole fight,” said Harrison. 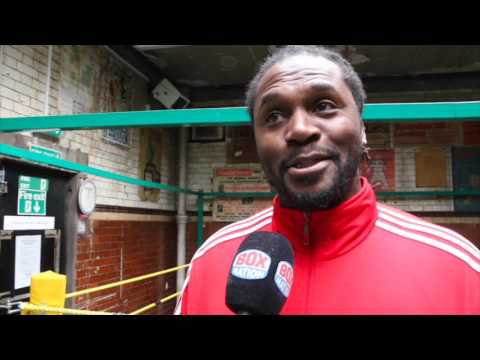 Yeah, it was very, very sad to see Wladimir mentally tied up in knots from Fury’s simple feints. Fury was throwing jabs at the air and using feints with his right hand to scare Wladimir. A novice fighter could have seen that Fury had nothing backing up his feints. Fury was using feints, but he had no punching power or true intent behind his feints. As such, there was no reason on earth for Wladimir to be holding back with his punches due to the feints from Fury.

It’s not as if Wladimir was fighting a knockout artist like Corrie Sanders again. I could understand Wladimir buying into the feints from Sanders, because of the potential of getting knocked cold from one of his lightning fast left hands or right hooks. Wladimir would have to respect any feints the late great Sanders would have used. But for Wladimir to be suckered into the feints by a feather-fisted fighter like Fury, it was pathetic in my view.

Wladimir looked like a timid rabbit in the ring, and nothing his trainer Johnathon Banks and brother Vitali could say to him in between rounds could get him to go on the attack. Wladimir looked afraid. He was like someone that had climbed up on the high diving board and wasn’t going to jump no matter how many people encouraged him from the ground. When you have someone like that, you can’t do much for them but watch them implode, which is what Wladimir did last November in losing the fight by not throwing punches.

“In the rematch, he’s [Wladimir] going to have an adjustment for that, which means Fury is going to have to adjust,” said Harrison. “It was the perfect style for that fight, and it got him the victory. I think his mental state is great. I think his mental state is, ‘I’m hungry, and I want to get revenge.’ They say it’s not how you fall; it’s how you come back. I think Klitschko is going into the rematch trying to get revenge. So Fury is going to need to be on his A-game,” Harrison continued.

I think Wladimir will definitely have an adjustment to Fury’s feints and movement. I don’t think Fury is going to have much adjustment. I mean, he can’t move more than he always was last time, and he was already maxed out with his use of feints and his jabbing. If Fury tries to use more feints and jabbing, he’s going to get clocked. By the same token, Fury can’t run around the ring for 12 rounds and not get caught by Wladimir repeatedly in each round. The only thing that Fury can do differently in the rematch is to throw more power shots, and to actually fight this time. That’s what Wladimir wants him to do, and it’s the only thing that Fury can do differently.

I really think Fury’s back is against the wall in the rematch, because he can’t use the same tactics he did last time because Wladimir has been training for three months in how to defeat running, feints and jabbing. Fury will now need to stand and fight and hope for the best. I wish him a lot of luck with those tactics because I think he’s going to fail miserably against Wladimir in the rematch and wind up getting knocked out in front of his fans. If that happens, then a beaten and battered Fury can tell his fans that he didn’t really try because he’d already beaten Wladimir before. I hope Fury doesn’t say that because he’ll look bad in front of his fans. It would be better for Fury to keep his yap closed and just walk out of the ring without giving a post-fight interview. It’s better to go out with dignity then to look like a sad fighter running his mouth with excuses for why he got royally whipped.

“Just some of the things I’ve heard Fury say, ‘I’ve done it. I don’t care what happens in the rematch.’ He’s got to be on his game.” said Harrison. “Winning is one thing, but staying there is 10 times harder. Now everybody is gunning for him. He’s going to have to work 10 times as hard just to stay there. Klitschko doesn’t need the money. He’s coming here because he believes he can make the adjustments and make the fight different in the rematch. Fury is going to have to be as confident and hungry in the rematch, because I believe Klitschko will be going for him the second time around. It’s down to Fury. I heard an interview of Fury recently where he said he didn’t care about the rematch, he’d won the world title, which he’d wanted and he had achieved, so everything after that was a bonus. Obviously, if he’s got that mindset, then Klitschko is going to come back and get revenge. But if Tyson Fury has the same desire and motivation that he had that got him the belt and that confidence Tyson Fury has fighting in his hometown, he can definitely hold back the charge of Wladimir. He’s done it once before. Normally, when you beat a guy the first time, the second time should be easier,” said Harrison.


« Errol Spence has special news to reveal on Saturday