Roach: McGregor got beat up a little bit by my guys in sparring 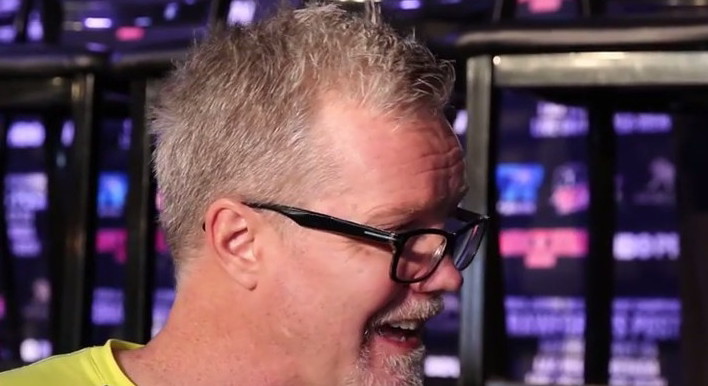 By Eric Baldwin: Trainer Freddie Roach says UFC fighter Conor McGregor got beat up a little bit while sparring at Wildcard West by a couple of guys. One of them was Roach’s fighter South African Chris Van Heerden. McGregor is likely going to be facing Floyd Mayweather Jr. very soon.

Mayweather said so himself according to Roach. Mayweather told Roach that he can make a lot of money if he works as McGregor’s trainer for this fight because it’s going to be a fight that will be taking place.

Mayweather seems to have made his mind up that he wants the McGregor fight for some reason. It looks like Mayweather wants to guarantee his next fight brings in a lot of PPV buys after his last match against Andre Berto failed to bring in the big numbers on PPV. Mayweather had to know that fighting Berto was going to be a huge fail, but he took the fight anyway rather than facing more dangerous welterweights like Keith Thurman or Shawn Porter.

It’ not surprising that McGregor would have problems sparring true boxers because he doesn’t come from the sport. His background is strictly MMA. While McGregor does have a reputation as a good stand up fighter in the UFC, that doesn’t mean he’ll be a good boxer. The two sports are vastly different.

“He did go to Wildcard West and sparred and got beat up a little bit by a couple of my guys,” said Roach to Figthhub. “My South African fighter Chris Van Heerden, I heard he beat him up a little bit. But Chris is a good fighter though. McGregor is an MMA fighter. If the fight is in MMA rules, he’ll probably win. If they fight in boxing rules, Mayweather will probably destroy him. I did tell Mayweather that if you want me to train him, it will probably take three years to get him ready. He’s a drastically green guy. There’s a big difference. I don’t think the sports are mixable. They’re really opposites of each other. He [Mayweather] said, ‘take the job [of McGregor’s trainer]. You’re going to make a lot of money because the fights going to happen.’ That was his exact words. I said it would take three years to get a guy ready to fight yourself and has no experience. He couldn’t really say anything because he knows it’s true. It would take a long time for a non-boxer. I don’t see the fight taking place because I don’t see the two sports mixing that well. Mayweather – Pacquiao makes a lot of money too. That’s the only fight I want Manny to come back for,” said Roach.

It’s going to be impossible for McGregor to learn enough boxing in the near future for him to be competitive against Mayweather. If Mayweather is going to fight a non-boxer under boxing rules, then he needs to give him a handicap so that it can be fair. If Mayweather doesn’t throw head shots and if he only jabs, then maybe it’s a fight worth watching. But you cannot take a fighter that has never boxed before in his life in a professional fight and expect him to be competitive. McGregor has no chance.