Vasyl Lomachenlo vs. Rocky Martinez in the works for June 11 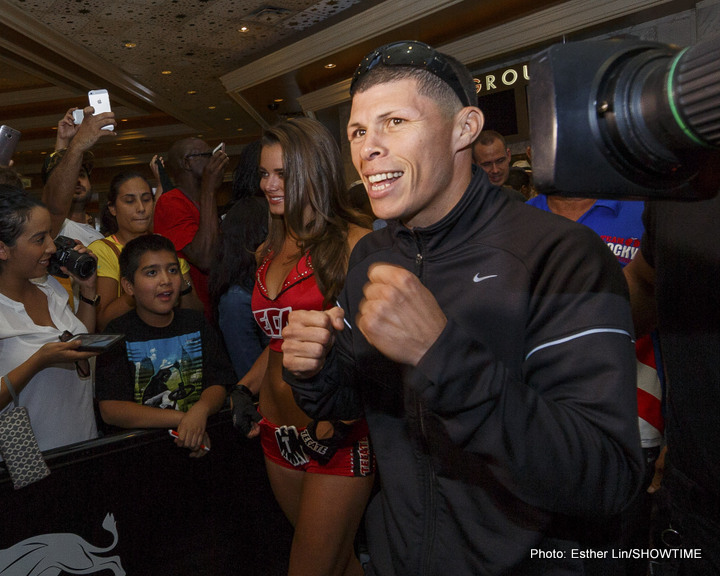 This could prove to be a really difficult fight for Martinez, 33, because he took a bad beating in his last fight in September of last year in fighting to a controversial 12 round draw against Orlando Salido. Many boxing fans that saw that fight saw Salido easily winning. Martinez appeared to win just four rounds, and you can make an argument that he deserved only three rounds.

Salido really gave Martinez a pounding, and it got so bad in the middle of the fight that it probably should have been stopped. Martinez might not have a lot left after taking a sustained beating like that. He would probably be better off taking a couple of soft defenses before facing Lomachenko because right now, Martinez might not be able to take another beating.

Lomachenko has to be seen as a heavy favorite to beat Martinez unless there’s wackier scoring for the fight like there was in Martinez’s last fight against Salido. I doubt that’ll happen because Lomachenko will make it too one-sided for the judges to mess up again.

As for Walters, he’s going to need to figure out what he wants to do with his career. He fought to a 10 round draw in his last fight against Jason Sosa. Walters tried to go toe-to-toe with Sosa and he found out the hard way that he didn’t have the power or the skills to beat him like he’d done against smaller guys from when he was fighting at featherweight.

At super featherweight, Walters is going to have a harder time getting knockouts. As heavy as Walters is, he could very well fight in the lightweight division. Walters weighed as much as lightweight Felix Verdejo when the two fighters fought on the same card last year in June of 2015. Walters fought Miguel Marriaga, and he failed to make weight for that fight and lost his WBA featherweight title.