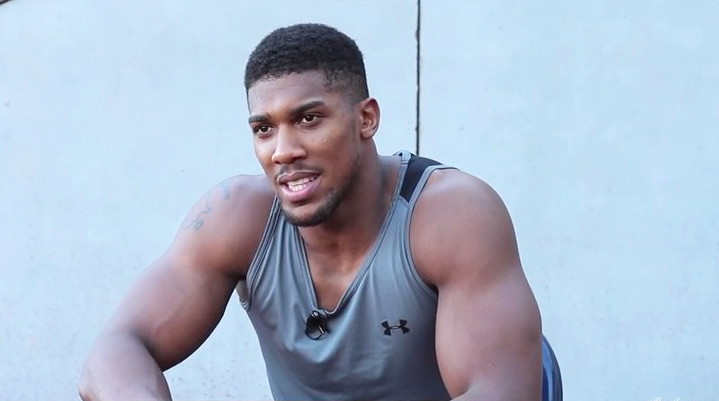 Yeah, I agree that Joshua could knockout people with his jab, but it would have to be some real old timers that don’t belong in the ring with him in the first place.

“He’s got a great skill set and he’s very strong and powerful – he can knock you out with his jab,” said Chisora to skysports.com about Joshua’s jab. “His jab alone will cause trouble for Charles Martin. I think when he gets tagged in the first two or three rounds, he’s going to realize that power.”

Oh boy, Chisora is getting worked up over Joshua’s jab, and making him sound like he’s a legend in the ring. In looking at Joshua’s jab, he seems to throw it very, very slowly. Yeah, I guess it would hurt to be hit with it, but it’s not as if Joshua is throwing his jabs with speed. I think it’ll be a simple thing for Martin to block, duck or move his head to make Joshua’s painfully slow jabs miss their target.

I’m just wondering why Chisora didn’t mention how SLOW Joshua’s jabs are, because that’s something the readers would have liked to know about. Chisora is the professional fighter, right? I mean, as a professional fighter, you’ve got to be able to sum up an opponent fully so that the fans know what they’re seeing. Chisora forgot to mention how painfully slow Joshua is with his jab and his power shots.

Why would Chisora only give part of the picture in describing Joshua’s skills? If it were me, I’d say ‘yeah, Joshua has a powerful jab, and he can hit hard, BUT, he’s so slow of hand that it means you pretty much got to stand in one place all night long for him to land. If you move around the ring, you totally neutralize Joshua’s power, because he has slow feet, he’s very heavy, and very muscular like a bodybuilder rather than an athlete.

As long as you don’t do something stupid in the ring like Joshua’s past opponents have done by retreating to the ropes, you should do fine against him by staying mobile.’ That’s what I would have said if I were asked by the media to sum up Joshua as a fighter. I’m just wondering why Chisora left all that stuff out. Is he not able to see these flaws in Joshua’s game or did he conveniently just leave that important stuff out when giving his opinion on him?

If Chisora isn’t even aware of Joshua’s flaws in his game, then I guess that’s why Chisora is just a fringe contender in the heavyweight division and not a major player. To be a good fighter, you’ve got to be able to analyze your opponents to find out what their strengths and weaknesses are.

If all Chisora can see when analyzing Joshua is his powerful jab, then that tells me that he doesn’t see the whole picture when looking at a fighter. In that case, I hope Chisora’s trainer is analyzing his opponents for him because you don’t want to see Chisora making the wrong decisions in the ring in his fights, because he’ll never go anywhere if he is focused on just one or two things rather than seeing the whole picture. 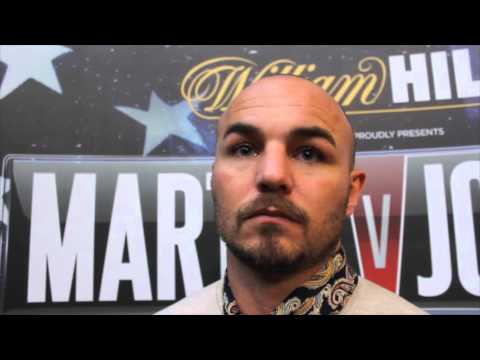 “Personally, I see AJ taking this fight a long distance and keeping himself composed, then in the later rounds he’ll take him out,” said Chisora. “They will be looking to get a knockout in about the eighth, ninth or 10th round.”

I don’t agree with Chisora. Joshua, like always, will be bum rushing Martin in the first two rounds and looking to take him out immediately. That’s how Joshua has always fought even as an amateur. That style got Joshua stopped by Mihai Nistor in the amateurs, and it will likely get him knocked out in the pros, perhaps this Saturday night by Martin.

Chisora will be an option for Joshua later this year if Joshua is successful on Saturday night against Martin. However, Chisora will need to win his May 7 fight against former world title challenger Kubrat Pulev (22-1, 12 KOs) in their fight at the Barclaycard Arena, in Hamburg, Germany. This is going to be a very tough fight for Chisora. Pulev, 6’4 ½”, isn’t easy to hit, especially with the looping shots that Chisora likes to throw. Chisora seems to throw nothing looping punches, which is why it was so easy for Tyson Fury to beat him.

To beat Pulev, you’ve got to be able to throw straight punches because he’s going to keep you on the outside with his jab all night long. Pulev doesn’t fight on the inside, and he’s not going to let Chisora use his Joe Frazier fighting style to bore in on him to get in close enough to throw his looping shots.

If Chisora can’t straighten out his shots, I see him getting easily beaten by Pulev. Chisora isn’t going to be able to hit Pulev with rabbit punches because he’s too tall and he’s not stupid. He’s not going to back up against the ropes like many of Chisora’s last five fodder opponents have done. Pulev will stay in the center of the ring and box Chisora’s head off.

“I’ve watched a lot of him (Pulev) and it’s going to be a very tough fight but it’s one I’m going to win and that’s it. I was supposed to be fighting on AJ’s bill on Saturday but maybe that will happen down the line in the summer,” said Chisora.

I like how Chisora is counting his chicks before they’ve even hatched. Here he is talking about a summer fight against Joshua, when he has a potential loss staring him in the face with his fight against the talented Pulev. I wouldn’t be assuming that I would beat Pulev if I were Chisora. I’d be thinking, ‘Man, I sure hope I win this fight against Pulev. I don’t think I will, but maybe I’ll get lucky with one of my looping shots if he does something really dumb like backing up against the ropes like my recent 3rd tier opposition has foolishly done. If Pulev fights smart, I’m a goner in this fight.’

Will Mayweather come back? »