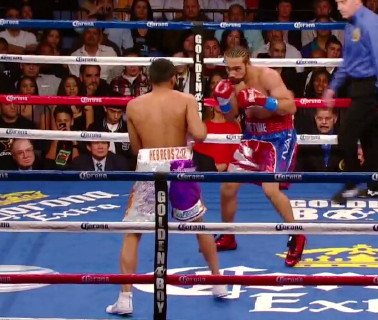 By Chris Williams: WBA welterweight champion Keith “One Time” Thurman believes that the main reason why boxing fans are interested in paying to see the third fight between Manny Pacquiao and Tim Bradley on April 9 is because the fans want to see how Bradley’s new trainer Teddy Atlas will have an impact on Bradley’s fighting style in this fight.

If not for Atlas, there would be no real reason for boxing fans to see the third fight between them because Pacquiao already proved that he’s the better fighter than Bradley in their first two fights.

Pacquiao was arguably robbed in the first fight, and then he avenged that loss with a clear 12 round decision win over Bradley in their second fight in 2014. So Thurman thinks that there’s no other real reason for fans to see the third Pacquiao-Bradley fight other than to see how Atlas improves Bradley’s fighting style if at all.

“For a lot of people, it’s okay to do it once. It’s okay to do it twice. When you do it three times, especially when a lot of people believe Manny Pacquiao won the first one,” said Thurman to Fighthub.com. “So there was almost no need to do a second one, but after the second one there is practically no need to do a third one. So why is there a need to do a third one? There’s a simple answer. It has nothing to do with Tim Bradley. It has nothing to do with Manny Pacquiao. It has to do with another man named Teddy Atlas. Now that Timothy Bradley is under Teddy Atlas’ wing, we saw in his last fight that the relationship that they have and how Timothy Bradley, even though he’s an ex-world champion and is s world class fighter, he’s at the point in his career where he knows he can become a better fighter and he has Teddy to help him do that,” said Thurman.

I think Thurman is wrong. Very few boxing fans are going to be ordering the Pacquiao-Bradley 3 fight just because of Atlas. I don’t know of anyone that has ever ordered a pay-per-view fight due to them wanting to see how a trainer has changed a fighter. Thurman might get into that kind of stuff because he’s trained, but I think the average fan will make their decision about whether they want to see the Pacquiao vs. Bradley based on whether they see it as an interesting fight. 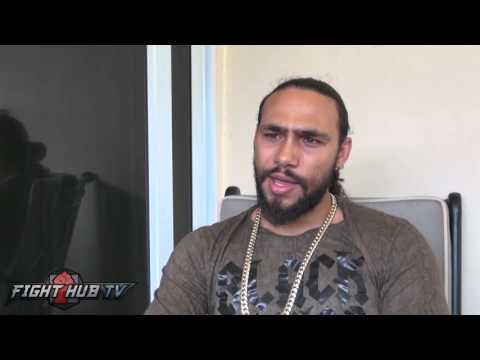 There was decent interest in the first two Pacquiao-Bradley fights, but that interest seems to have dropped off completely to the point where there is very, very few people talking about the fight. I think Pacquiao’s promoter Bob Arum and Pacquiao both overplayed their hand by choosing to fight Bradley a third time and assuming that the boxing public would purchase this fight. I don’t think they will in high numbers. This was a bad move on their part, and they should have elected to fight Amir Khan or Adrien Broner. With both guys not in Arum’s Top Rank stable, I knew neither of them would get the fight against Pacquiao. But if Arum wanted to bring in a lot of PPV buys, then they should have picked one of those two guys.

“So the question on this event is how is Teddy Atlas and Timothy Bradley to approach fighting Manny Pacquiao for a third time,” said Thurman. “For those who are interested in the fight that’s where their interest lies.”