When special plans go to heaven 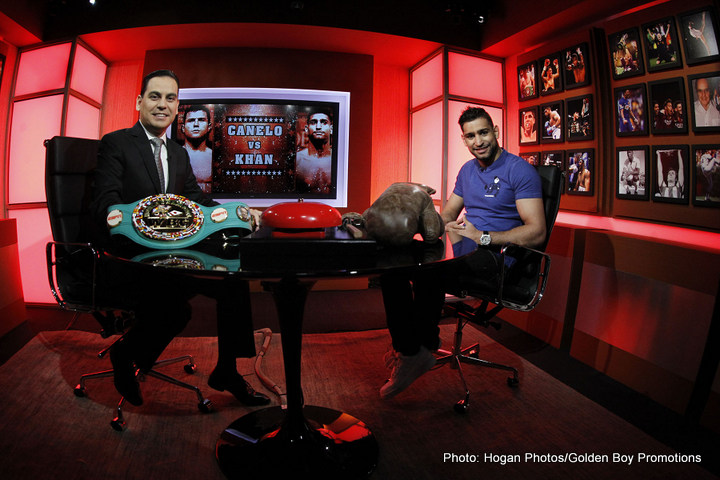 By Yannis Mihanos: For such a plan, you need a beautiful mind: One that sees through walls, one that can foresee bad situations before from ever happening. Whoever has it, is more likely to win but it is not absolute. There are things first that must be taken care off.

In the wake of the upcoming fight of Amir Khan vs. Saul “Canelo” Alvarez on May 7 on HBO PPV, I took the time and recollected how many times I have heard the following phrase: “I know how to beat him, I have a special plan.” I bet you have heard this too, millions or even thousands of times.

As a coincidence some time ago on this website there was a link in one article. It was a short video interview with Amir Khan speaking about his preparation to face Canelo.

Amir spoke with a lot of confidence and said that he has “a special plan”, how to beat him.

Great fighters in the history of boxing have many times come up with a special plan. Mohammed Ali, Sugar Ray Leonard and the list goes on and on.

A special plan that would make their opponent fall apart, expose weaknesses and of course make sure that they finish on top.

There is serious science behind each special plan. In boxing they call it “the sweet science”. And it basically consists of two basic steps: forming and executing.

It takes a level of high mastery to achieve both of these two. Simply put it, “it is easier said than done”.

As they say the devil is in the details and to form a special plan you need a lot of details. Coaches often see the easy part of the plan and their fighters too.

They see only a part of the plan and concentrate the whole training upon their tiny discoveries but there is much more work to be done. A lot of work that finally is left undone only to be exposed at the day of the fight. And then poor excuses usually follow: We didn’t expect this to happen, I was sick and etc.

Elite coaches take in consideration much more than that, because let’s just say they understand the sweet science better than the others.

And because planning requires executing let’s see what it can be done in the battlefield: inside the ring.

Like I said, planning and executing are two different beasts in two whole different territories.

For executing a boxer needs outstanding physical skills and enough developed character traits such as discipline, patience and willpower.

Bernard Hopkins is a great example, he would come in the fight with a special plan and most of the time one way or another he would come up victorious.

Floyd Mayweather Jr. too would plan intelligently before and during the fighting rounds, he would also innovate and change plan at will.

So there are terms and conditions for those who have a special plan. I see it as the perfect heist. Often in heist films we admire the big plan, the art of forming and executing, it is very enjoyable to watch films like Ocean’s 12.

Special plans in boxing are no different, they are art in motion. Those who make them happen belong in boxing history’s all-time greats.

Then there are of course those who are prone to blow any special plans apart. But this will be the theme of my next article.

Ricky Burns vs. Michele Di Rocco possible for May »