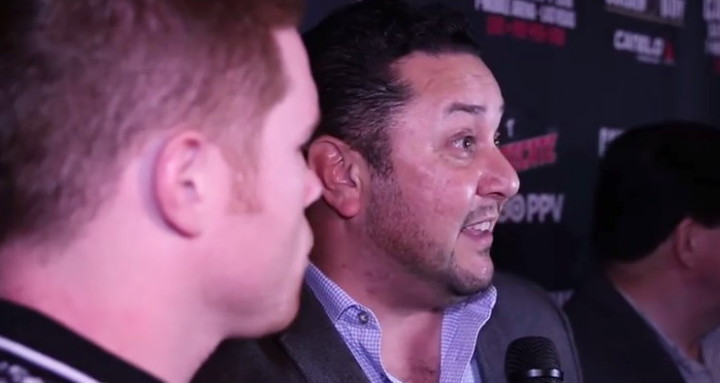 Gomez says Canelo is not a middleweight even though he holds the WBC 160lb title. Further, Gomez says Canelo doesn’t really weigh-in at 174lbs on the night of his fights like some people think. The weigh-ins on the night of the fight are done with Canelo wearing clothes, so he really doesn’t weigh-in 174lbs like some people think.

Canelo is taking major criticism from boxing fans for fighting welterweight Amir Khan in his first defense of his WBC middleweight title rather than facing a deserving middleweight that has been working hard to get a world title shot. Canelo ignored the middleweight contenders for this title defense and is going straight to the 147lb division for his challenger. But according to Gomez, Canelo isn’t a middleweight because he doesn’t really weigh-in at 174 on the night of his fights.

“There’s a little bit of a misconception. The only reason they call him a middleweight is because he won the title against Miguel Cotto,” said Gomez to Fighthub. “But if you look at his [Canelo] last 10 fights, he’s fought at 154, 154, 155. He’s a 154 pounder. And so for this fight [against Amir Khan] in order for it to be for the WBC middleweight title, it has to qualify. So you have to go one pound up. The day of the weigh-in, let me tell you; you weigh in the back, and it’s with clothes on. So whenever they weigh Canelo, it’s not like he strips down and they weigh him. He gets in there in the arena and they weigh him with clothes. So him weighing 174, it’s not real,” says Gomez. 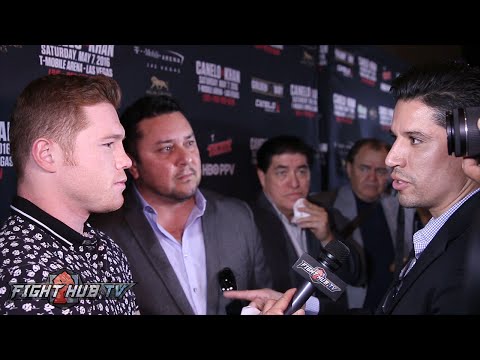 Canelo can always move back down to the 154lb division if he’s not a true middleweight. I don’t think he’s going to do that though. There are no big names at 154 other than Cotto. He’s the only one. I seriously doubt Canelo will fight any of the dangerous junior middleweights like Demetrius Andrade, Jermall Charlo, Julian Williams, Erislandy Lara [again], Austin Trout [again] or Jermell Charlo. Those guys would give Canelo all kinds of problems, and he wouldn’t get much in facing them because none of them are PPV worthy fights. Liam Smith, the WBO 154lb champion, was a recent potential opponent for Canelo. Smith is arguably the weakest of the champions, and even less of a threat than many of the contenders.

Canelo has the WBC middleweight title in his possession after beating the former WBC champ Miguel Cotto in catch-weight fight of 155lbs last November. If Canelo doesn’t want to fight at the full weight for the middleweight division, then he should give up the WBC title so that other fighters can fight for it at the full weight.

Pacquiao made a mistake in choosing Bradley »