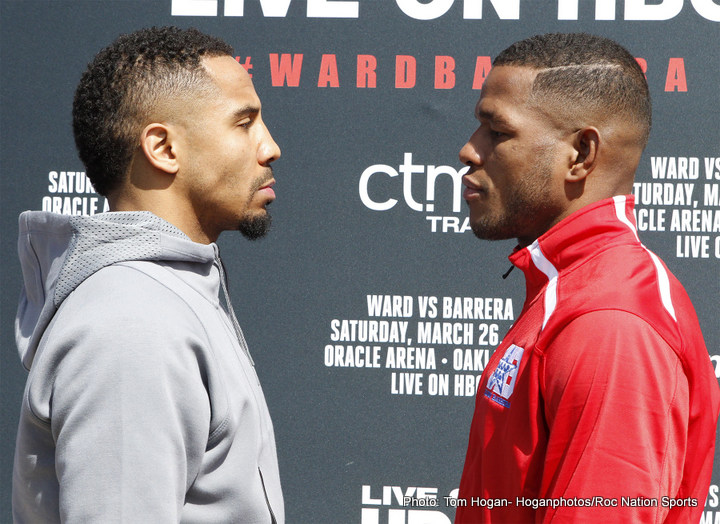 By Dan Ambrose: Andre Ward says his previously injured knee is fine for his fight this Saturday night against Sullivan Barrera, and he feels he’s 100 percent for the fight. Ward will be fighting Barrera in the 175lb division on Saturday on HBO Boxing at 9:45 p.m. ET/PT from Oracle Arena in Oakland, California.

Ward’s knee acted up on him while he was training for a fight against Alexander Brand last November on the Miguel Cotto vs. Saul “Canelo” Alvarez card. Unfortunatey for Ward and for HBO, his knee failed to respond to icing and he was forced to pull out of the fight.

Now four months later, Ward’s knee is in good shape, and he’s ready to fight Barrera on Saturday at light heavyweight. Let’s hope for Ward’s sake that his knee doesn’t give him any additional problems for his fight on Saturday because he could be in a world of hurt if he doesn’t have his mobility for this fight.

“I’m learning that I have to ease into these training camps,” Ward said to ESPN.com. “Even though I’m training I have to ease into them. I can’t come off the block 100 miles an hour. That’s what I did. I came out at 100 miles an hour and my body maintained that pace for three, four, five, six weeks and then I got to a point in week three where I just went off the ledge and I couldn’t bring my knee back.”

Ward probably can’t handle a fighter like Barrera if he’s only got one good knee, because he wouldn’t be able to get out of the way of his big shots all night long. Ward would be forced to try and mug Barrera on the inside like Ward did in the Super Six tournament against several of his opponents. It might not be easy for him to do that if he only has one good knee working for him. 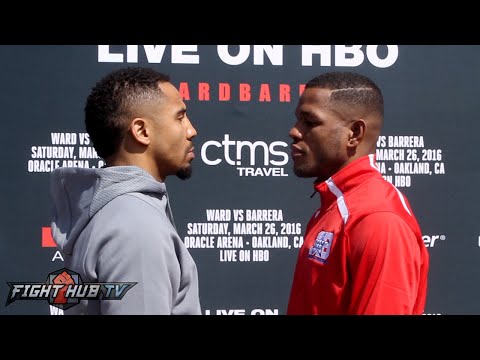 At 31, Ward is starting to show his age with his injuries, and his inactivity. He’s not the young fighter that won the Super Six tournament years ago in 2011. That was five years ago, and Ward has gotten older, slower and he’s fighting in the light heavyweight division now. We don’t know how well Ward is going to be able to do in this division against big punchers like Barrera.

Ward might still have the hand speed and talent advantage, but if he can’t handle the punching power and the overall size and freshness from Barrera, then we could see an upset on Saturday night. I don’t know if you can even call it an upset because Ward hasn’t proven anything at light heavyweight. He’s also a fighter that is living more off of his past accomplishments rather than on things he’s done in recent years.

“I feel fine,” Ward said about his knee. “Nothing’s ever perfect but I feel fine and I know I’m going to be fine and ready to go.”

If Ward’s knee doesn’t hold up on Saturday night, then you can bet that Barrera will be on top of him looking to shop him down for an easy knockout.