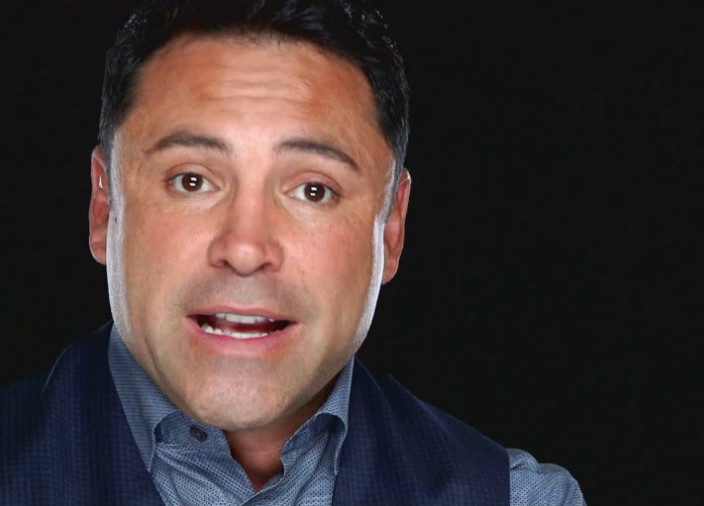 By Dan Ambrose: The ticket prices for the May 7 fight between WBC middleweight champion Saul “Canelo” Alvarez (46-1-1, 32 KOs) and Amir Khan (31-3, 19 KOs) are still not know at this time because the venue hasn’t been locked down 100 percent as of yet for the contest.

The fight is expected to take place at the T-Mobile Center in Las Vegas, Nevada. Canelo’s promoter Oscar De La Hoya of Golden Boy Promotions is expecting the Canelo vs. Khan fight to bring in better pay-per-view numbers on HBO than the 900,000 buys Canelo’s last fight against Miguel Cotto brought in last November.

De La Hoya believes the Canelo-Khan fight can bring in over 1 million buys. I think there’s a good chance that the Canelo-Khan fight could bring in over 1 million PPV buys. I don’t recall the interest being this high when the Canelo vs. Miguel Cotto fight was announced last year. There was some interest, to be sure, but nothing like this. It’s hard to understand though, because Cotto had done much more in his pro career than Khan.

I believe that Cotto is a better fighter than Khan, and would likely KO him the same way Cotto stopped Sergio Martinez, but I think it would be even easier than that. The interest in the Canelo-Khan fight suggests that Khan is a lot more popular than many boxing fans thought, and that would include Top Rank, Manny Pacquiao Floyd Mayweather Jr., and the satellite and cable distributors that supposedly rejected Khan as Pacquiao’s opponent for April 9.

If Canelo vs. Khan does much better numbers than the third fight between Pacquiao and Tim Bradley, then you’ll know that Pacquiao’s 84-year-old promoter Bob Arum made a huge blunder by selecting Bradley for Pacquiao’s April 9 fight instead of Khan. It seems pretty obvious right now that Arum blew it. The interest in the Canelo vs. Khan fight is league’s better than the interest in the Pacquiao-Bradley 3 fight in my view. 1 million buys or better for Canelo-Khan would definitely establish that Canelo is the No.1 pay-per-view attraction now that Mayweather Jr. has retired and left the sport. Pacquiao doesn’t seem to be capable of bringing in the big numbers anymore unless he’s matched against Mayweather and Juan Manuel Marquez, and he’s finished now that he’s heading into his last fight of his career on April 9.

“It is a mega-event that nobody expected and it took the world by surprise and this fight is making news all over the world, and will be more than Cotto-Canelo [one million],” De La Hoya said to ESPN Deportes. “That’s our big hope, and that indicates Canelo is a superstar. It is my duty as a promoter to present the public with the biggest fights. I thought Amir Khan was the perfect fight.”

Hopefully the tickets won’t be sky high in price. It would be a mistake for Golden Boy Promotions to jack up the ticket prices to out of this world rates like we saw with the Floyd Mayweather Jr. vs. Manny Pacquiao fight last year in May. This was just ridiculous, and I believe Mayweather and Pacquiao burned bridges with that overpriced fight.

For those asking, #CaneloKhan ticket prices are not announced yet as the venue is not 100% set yet. #boxing

« Gennady Golovkin vs. Dominic Wade agreed to for April 23