Atlas won’t be a factor in Pacquiao-Bradley 3, says Penalosa 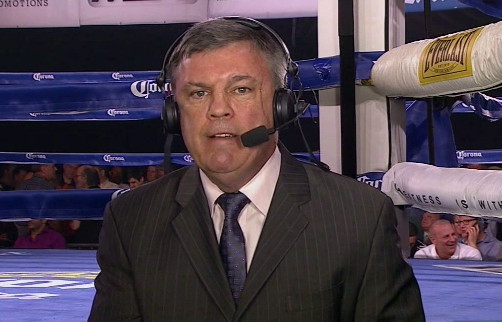 By Tim Fletcher: Former world champion Gerry Penalosa doubts the impact new trainer Teddy Atlas will be able to make with WBO welterweight champion Tim Bradley (33-1-1, 13 KOs) in his third fight with Manny “Pacman” Pacquiao (57-6-2, 38 KOs) in their rematch on April 9 at the MGM Grand in Las Vegas, Nevada.

Penalosa thinks that Bradley has a lot of belief and trust in Atlas at this point of their teaming up with one another, but he doesn’t see Atlas as being capable of improving or changing Bradley enough for him to defeat Pacquiao in this fight.

The movement that Bradley has been showing since Atlas took over won’t be a big deal for Pacquiao because he saw the movement from Bradley in the first fight. When Bradley was moving around the ring, he wasn’t throwing punches and he was just wasting energy. If he fights like that in their third fight on April 9, then it’s not going to impress the judges and he’ll just be tiring himself out.

“Teddy Atlas could boost Bradley’s confidence because he has this huge trust with his trainer,” said Peñalosa to gmanetwork.com. “But when it comes to Bradley’s style and the actual fight itself, I don’t think [that Atlas would be a factor]. He’s still Timothy Bradley, after all. I can see that Manny wants an impressive exit from boxing.”

The main contribution that Atlas can give to Bradley for the third fight with Pacquiao is to make him fight a lot harder than he did before. Atlas will motivate Bradley in between rounds with his pep talks, and he’ll likely reinforce the need for him to be careful in the ring with Pacquiao. Atlas isn’t going to want Bradley to punch with Pacquiao because I don’t think it’s going to work for him. Bradley needs to box for him to have a chance of winning.

The unknown factor in the Pacquiao-Bradley 3 fight is whether or not Pacquiao’s surgically repaired right shoulder will hold up under the pounding of a 12 round fight. There’s talk that Bradley may target Pacquiao’s right shoulder with his punches to wear it down and numb it up. This makes sense for Bradley to try this tactic because we don’t know if Pacquiao’s shoulder will be able to handle the rigors of a hard fight.

Pacquiao had surgery to repair a torn right rotator cuff last May. An injury like that can take as long as a year or more to come back from. Fighters that do come back from a career-threatening rotator cuff tear tend to fight tune-ups for a while before they attempt to face a top fighter.

What Pacquiao is doing is skipping that whole process and going straight into a difficult fight. It’s not a smart move, but he doesn’t believe that he needs to take a tune-up before facing Bradley. We’ll find out whether that was a decision or not when Pacquiao gets inside the ring with Bradley on April 9 and puts his surgically repaired shoulder to the test.

“For sure this third fight would be better than the first two because Bradley would want to raise his stock in the sport since it won’t be his last fight,” Peñalosa said. “As for Manny, he’s already training as early as now, so to me, it means he’s looking to put Bradley to sleep which he can should he really work for it.”

Pacquiao has already said that he wants to score a knockout in this fight. It seems that he wants to make sure there’s no controversy or any chance of him being robbed like in the other fights he’s had with Bradley. It makes sense for Pacquiao to be looking for a KO in this fight because Bradley surely will be looking for a stoppage. Bradley hasn’t said as much as of yet, but with the way he fought against Brandon Rios in his last fight, it’s highly likely that he’ll be trying to score a knockout on April 9 against Pacquiao.

« Luis Ortiz vs. Tony Thompson on March 5 on HBO