Golovkin: Canelo-Khan is not good for the sport 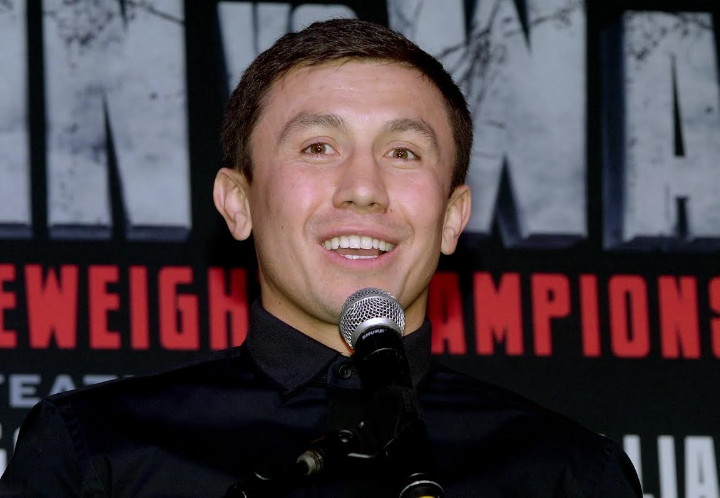 (Photo credit: Naoki Fakuda) By Jeff Aranow: If you ask what IBF/IBO/WBA middleweight champion Gennady Golovkin thinks of the Saul “Canelo” Alvarez vs. Amir Khan fight, you’re going to get a negative reaction. Golovkin hates the fight, as he sees it as a mismatch due to Canelo being so much heavier than Khan.

Golovkin believes the Canelo-Khan fight is bad for the sport of boxing due there being such a large weight disparity between the two fighters. Khan, 29, will be moving up from the 147lb division on May 7 to fight Canelo at a catch-weight of 155lbs for Canelo’s WBC middleweight title at the T-Mobile Arena in Las Vegas, Nevada.

“It’s not a good sport. Khan may have more speed but he’s too small to compete against Alvarez,” Golovkin said to fightnews.com.

Khan, 5’8 ½”, is listed as being a half-inch shorter than the 5’9” Canelo. However, Khan is actually a little taller than Canelo. The main difference between the two of them is in terms of weight. Khan’s highest weight of his pro career was at 161lbs for his fight against Devon Alexander in 2014.

In contrast, Canelo is arguably fighting in the 180s now. According to Miguel Cotto’s trainer Freddie Roach, Canelo weighed 185lbs for his fight against Cotto last November. This means that we could be seeing Canelo sporting a weight advantage of at least 25 pounds on May 7.

“[Canelo-Khan] is not good for boxing. Amir Khan, he’s not bad ….[Canelo] will knock the hell out of him,” Golovkin said to the latimes.com. “This is true. There’s a big difference in size. I need a chance. Give me the chance. This is a business, [sometimes] a terrible business. I’m a boxer. Of course, I’m ready.” 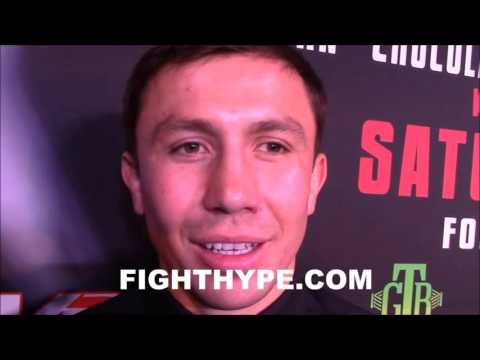 Golovkin’s trainer Abel Sanchez thinks that Canelo’s huge weight could hurt him in this fight. The 155lb catch-weight that Canelo offered for the fight could work against him, because he’s gotten to the point where he’s so big now. Getting down to 155 is a crazy weight for a guy as heavy as Canelo. At this point in Canelo’s career, he would be better off fighting at 160 without a catch-weight. He’s taking a risk in draining down to 155.

Sanchez thinks that Canelo could wind up sluggish and slow after draining down to 155. Ideally, Canelo should be fighting in the super middleweight division at 168lbs rather than at 155, because he then would only need to take off 17 pounds to get down from 185 to 168. But as heavy as Canelo is right now, he’s asking for trouble.

At some point, maybe with the Khan fight, Canelo’s going to miss making weight. He could wind up making weight but being too drained and weak to fight hard for more than three or four rounds. If Khan is able to fight with more strength and energy in this fight than he’s shown in his recent fights, then we could see an upset.

Khan is a good fighter. The problem with the Canelo-Khan fight is that without a rehydration clause in the contract, it’ll allow Canelo to balloon up to whatever weight that he wants to come into for the fight. So if he wants to rehydrate into the 180s, then there won’t be anything Khan can do about it. If Canelo wants to rehydrate into the low 190s on fight night, Khan won’t be able to do anything about it other try and move for the entire 12 rounds to keep from getting flattened.

I’m not sure how Golovkin is taking the news of Canelo fighting Khan. I might be that Golovkin has sour grapes about Khan getting the fight against Canelo rather than him. Contrary to what Golovkin is saying about the Canelo-Khan being a bad fight for the sport, I think it’s a great fight and a fight that is good for boxing.

The sport has become too dull in the last few years with fighters not taking big risks with their careers by fighting high quality opposition, and by not moving up in weight to take difficult tests. Golovkin could have done that recently when former WBA super middleweight champion Andre Ward invited Golovkin to face him at 168. In hindsight, Golovkin should have taken that fight.

« Khan vs. Canelo: This will be a war