Khan: Who wants to see Khan-Garcia 2? 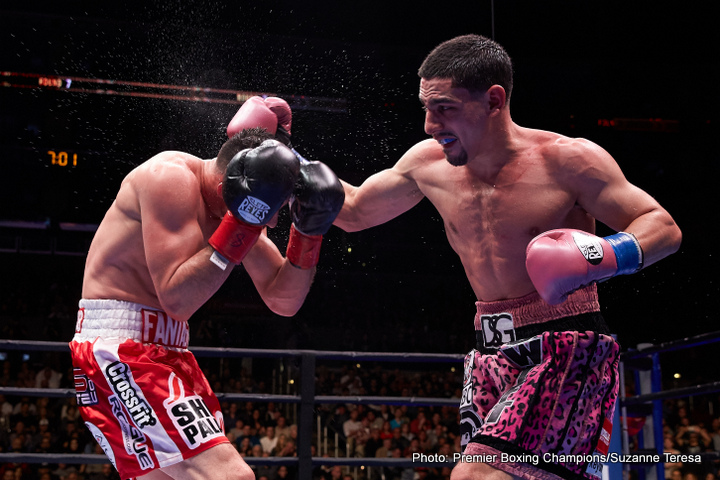 By Scott Gilfoid: Having been rejected by both Floyd Mayweather Jr. and Manny Pacquiao for big money fights, # WBC Amir Khan (31-3, 19 KOs) is turning his sights to a more attainable fight against WBC welterweight champion Danny “Swift” Garcia (32-0, 18 KOs) for a fight against him next.

Khan is the mandatory challenger to Garcia and he unquestionable deserves a shot at the WBC title Garcia is holding after he was blatantly passed over by the World Boxing Council in favor of #6 WBC Robert Guerrero (33-4-1, 18 KOs).

Khan was at the Garcia-Guerrero fight last night at the Staples Center in Los Angeles, California, and he immediately said afterwards that he absolutely unquestionable wants a fight against Garcia next. I mean, I think Garcia would beat Khan again by a knockout like he did in their previous fight in 2012, but it would be fun to watch it. We’re talking pure drama. It would be one of those fights were you would be waiting for the bomb to drop with Garcia nailing Khan with a big left hook that plants him on the canvas for the 10 count.

It should be Khan getting the fight against Garcia next, but it might take some arm-twisting of his adviser Al Haymon to make that fight happen, because Garcia and his father Angel Garcia are dragging their feet at the idea of fighting Khan again.

The Garcia’s do not like to fight rematches unless the fighter’s name is Erik Morales. Getting Angel and Danny Garcia to agree to a second fight against Khan might take some doing by Haymon. He’ll likely get them to agree to the fight, but it’ll probably take some pressure from Khan’s side to make the fight become a reality. 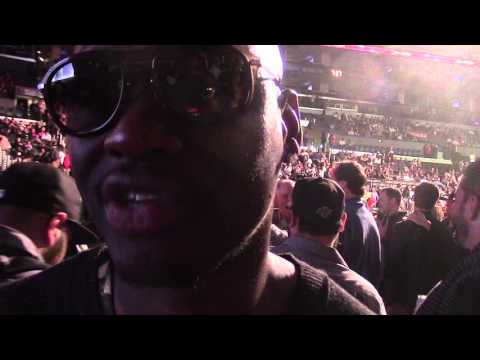 If Khan is quiet about it, then I believe that Haymon will match Garcia against someone like Andre Berto or Sammy Vasquez next. If Khan really steps up and puts major pressure on Haymon, then I can possibly see him getting his way. However, Khan is really going to need to make it known that he wants the Garcia fight next, because if he doesn’t, I see Haymon tossing another easy opponent like Berto or Vasquez in the ring with Garcia in a record-padding fight.

We’re probably not going to see Haymon put someone truly dangerous for Garcia like Errol Spence Jr. in there with him, because that would be like an unofficial handing over of the belts. Garcia would not beat Spence in my view. It wouldn’t go to the scorecards, and there wouldn’t be any weird scoring like we’ve seen from some of Garcia’s past fights against Mauricio Herrera and Lamont Peterson.

“He [Guerrero] boxed well. He was smart the way he boxed. Nobody expected that from Robert Guerrero, so you have to tip your hat to Robert Guerrero. He boxed a good fight. I’m glad he [Garcia] won because it’s the perfect time now and it’s my chance to beat him,” Khan said.

« Mayweather: If Canelo gets out of line, I’ll beat him again