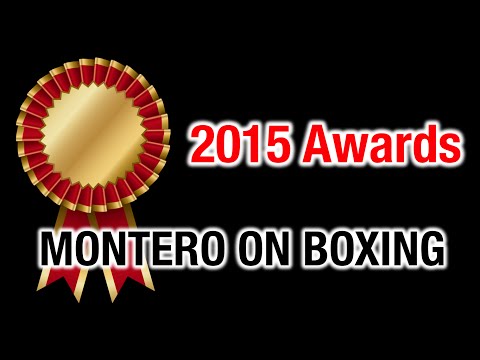 By Michael Montero – Another year of boxing is in the books. Once again fight fans are looking forward to the year ahead, but not before fully taking in what transpired during the previous twelve months. As with every year that preceded it, 2015 was a mixed bag of positive and negative in the world of boxing, but even the most fickle of fans would have to agree that it was a good year overall for cruelest of sports. Here are some choices from this writer for the best and worst this year in professional pugilism.

Comeback Fighter of the Year

Several fighters came back from a difficult in 2014 to have a very productive 2015. Chicago-based Poland native Andrzej Fonfara rebounded well from a loss to linear light heavyweight champion Adonis Stevenson last May. This April he scored an upset stoppage win over Julio Cesar Chavez Jr, then in October he won a decision in front of his hometown fans against Nathan Cleverly in one of the better fights of 2015. Nonito Donaire suffered a vicious knockout loss to Nicholas Walters last October and it appeared he could be finished; but the ‘Filipino Flash’ went 3-0 this year and picked up a vacant 122lb title earlier this month in a great fight against Mexican Cesar Juarez. But more than any other boxer on the big stage, Timothy ‘Desert Storm’ Bradley came back from a rough 2014 to have a great year and set himself up for big business in 2016. Last year Bradley lost a wide decision to Manny Pacquiao and was robbed in a draw with Argentinian Diego Chaves. However this June Bradley was in the main event of HBO Boxing’s 1,000th fight, earning a decision win over then undefeated Jessie Vargas. In November, working with trainer Teddy Atlas for the first time, Bradley scored an emphatic knockout victory over the rugged Brandon Rios. As of now it appears that Desert Storm is #1 in the running to face Pacquiao in what is to be his final professional bout next spring.

Disappointment of the Year

For many fans, 2015 will be a year remembered mainly for the inactivity of several of boxing’s brightest stars. Terence Crawford, the 2014 fighter of the year, had a lackluster 2015. The same can be said for Nicholas Walters, Sergey Kovalev, Kell Brook, Naoya Inoue, Guillermo Rigondeaux and especially Amir Khan. Several PBC fighters like Keith Thurman, Danny Garcia and Adonis Stevenson had uneventfu years. But the biggest disappointment in terms of negative impact to the sport was the so-called “Fight of the Century”, in which Floyd Mayweather won a less than spectacular decision over Manny Pacquiao. Sure, it crushed every box office record in sports history. Sure, it garnered the attention of the mainstream media and casual fans. But the announcement of the fight was delayed, the dedicated boxing press was treated poorly, the price tag was too high, the undercard featured two worthless mismatches and the main event looked like a glorified sparring session between a true welterweight and a blown up lightweight. In the coming months it was discovered that Mayweather violated WADA protocol and USADA granted him a “therapeutic use exemption” for his illegal IV use. The whole thing left a bad taste in the mouth of casual fans and may affect the PPV model in the sport for years to come.

Fighter of the Year

This year there was no true runaway favorite for FOTY, but there were certainly notable candidates. Many feel that Saul ‘Canelo’ Alvarez had the KO of the year with his 3rd round demolition of James Kirkland in May, then he went on to score a decisive win over Miguel Cotto in November; both events were huge box office draws. Few would argue that Tyson Fury scored the upset of the year with his victory over long-reigning heavyweight champion Wladimir Klitschko, but one performance isn’t enough to warrant FOTY honors. The same could be said about Floyd Mayweather for winning the biggest event of the year against Pacquiao; that simply isn’t enough. In terms of sheer dominance, excitement and buzz among diehard fight fans, the two top candidates in the opinion of this writer were Roman Gonzalez and Gennady Golovkin. Both ‘Chocolatito’ and ‘GGG’ went 3-0 this year (all wins by knockout) and are lined up for big fights in 2016; Gonzalez in a rematch with Juan Francisco Estrada and Golovkin in a possible super-fight with Canelo. After much consideration, this writer gives the slight edge to the “Big Drama Show”. The 2015 fighter of the year is Gennady Golovkin for his dominate stoppages over Martin Murray, whom many feel was robbed in previous title fights against Felix Sturm and Sergio Martinez, and David Lemieux, whom GGG unified titles with in his first PPV.